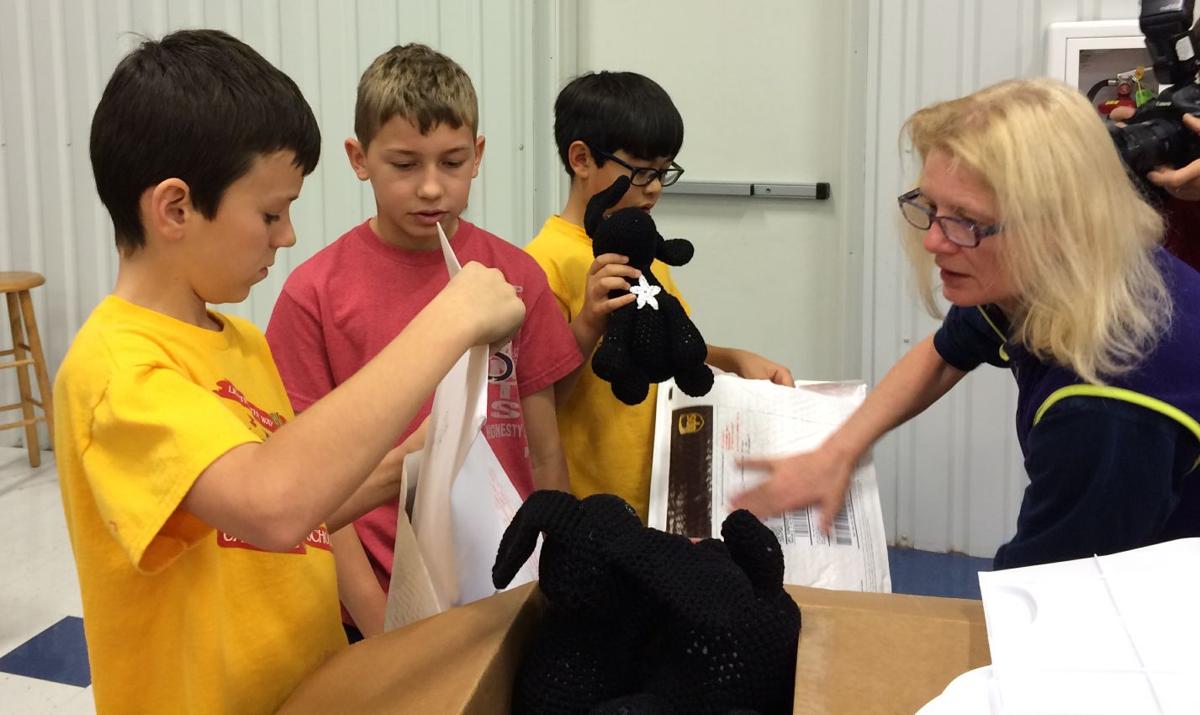 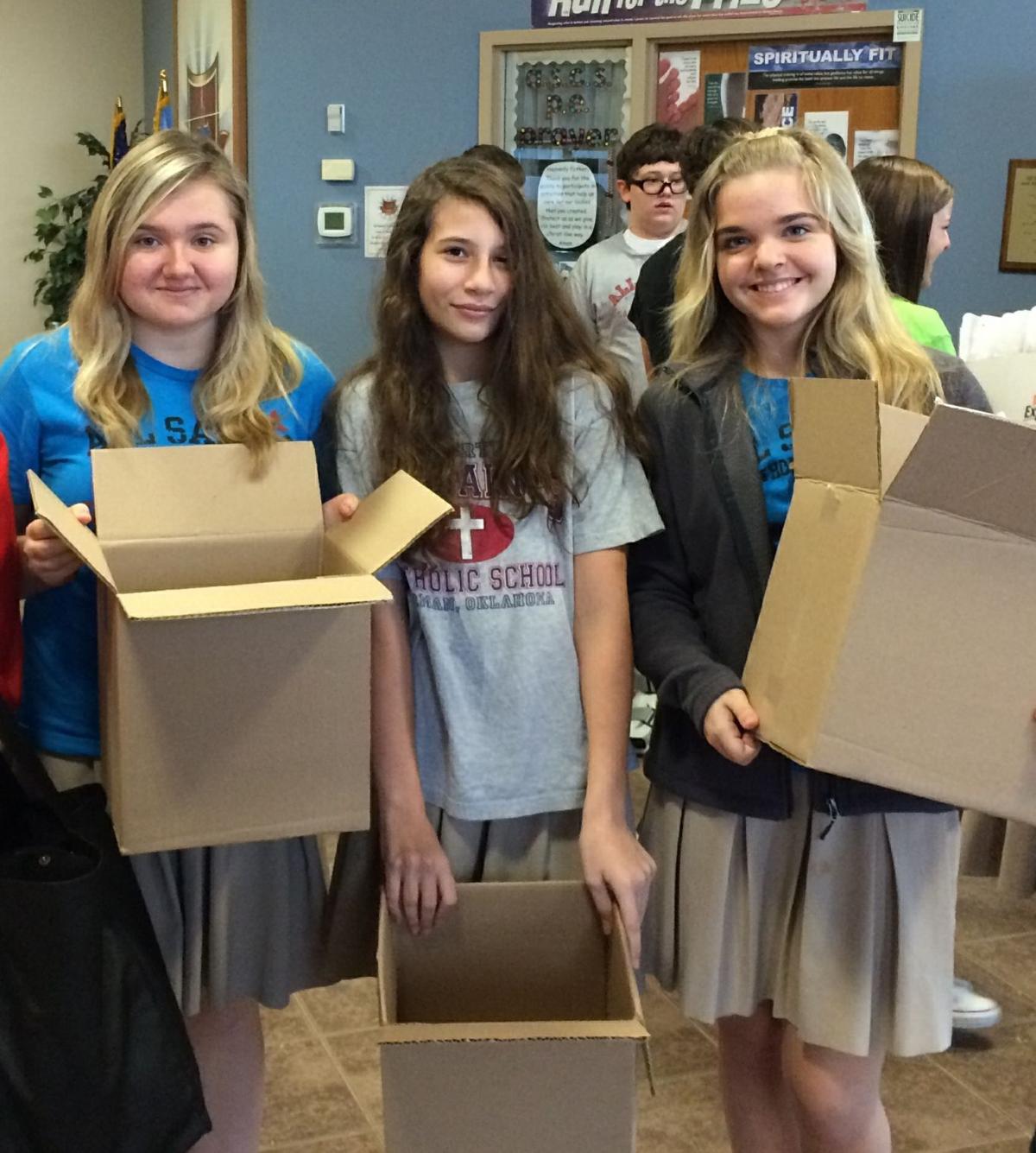 All Saint’s Catholic School students (from left) Sarah Fiely, Madie Judisch and London Kaderabek prepare to package items for sending to the children of incarcerated parents.

All Saint’s Catholic School students (from left) Sarah Fiely, Madie Judisch and London Kaderabek prepare to package items for sending to the children of incarcerated parents.

Children from All Saint’s Catholic School gathered Friday morning in the school gym in an effort to send a gift of hope to hundreds of children of incarcerated parents.

The children were joined by members of the Oklahoma Messages Project and Friends for Folks in packaging for mailing a new children’s book by Norman veterinarian Dr. John Otto and his youngest son, Payton Otto; stuffed black labs crocheted by women at the Mabel Bassett Correctional Center; and a DVD from each parent to their children reading the book and sharing a Christmas message. The children also will be making cards to be included in the packages.

The book, titled Marvin’s Shining Star, is a true story about Marvin Perry, an Oklahoma inmate, and Star, the Labrador retriever he trained as a search-and-rescue dog in the Friends for Folks dog training program at the prison. Star went on to rescue – in 20 minutes – an Alzheimer’s patient who’d been missing for nine hours despite the best efforts of police dogs, search teams and helicopters. Star was awarded a dog hero medal and Marvin was eventually paroled for the wrongs he righted and the discipline and character he developed while training the dog.

Marvin and Star’s story became the focus of a documentary, titled The Dogs of Lexington, which was a finalist for an Emmy Award. (You can view the documentary on YouTube.)

Otto explains that children of prisoners often suffer from separation trauma; they worry about their parents, experience sadness and anger, and may feel unloved and left behind. For these children, the holidays may be an especially difficult time. He hopes the children’s hand-crafted Christmas cards, book, stuffed animal and DVD will offer the inmates’ children a brighter holiday and encourage them to read.

Otto came up with the idea to produce a picture book about the experience for children of the incarcerated years ago, and the timing couldn’t have been better. The book, featuring illustrations by Janelda Lane, assistant director of youth ministries for the First United Methodist Church of Stillwater, was published this month by The Roadrunner Press, just in time for holiday giving.

Otto founded the rescue dog training program at the Joseph Harp Correctional Center in Lexington almost 20 years ago. Since then, in addition to the documentary, hundreds of articles have been written about the program and how, through it, the dogs teach inmates about the power of unconditional love, while the inmates learn about the importance of discipline, compassion and putting the needs of others above their own.

Roy Neher, age 69, passed away on September 9th. He is survived by his soul mate of 40 years Kathy, his son Eric, his daughter Kestra and six grandchildren. He enjoyed music, playing his guitar, singing and writing songs. He spent his whole life loving and observing nature. He self-taught hi…

Edell "Marie" Garver, 86, of Norman, passed away on September 19, 2021. Graveside services will be 1:00 pm Wednesday, September 22, 2021 at the Noble IOOF Cemetery. Directed by McMahans Funeral Home of Noble.

Meredith Ann Ward, 86, Norman, passed away September 19, 2021. A graveside service will be held at 2:00 PM, Wednesday, September 22nd at IOOF Cemetery, Norman. Online condolences may be shared at www.tribute.care.