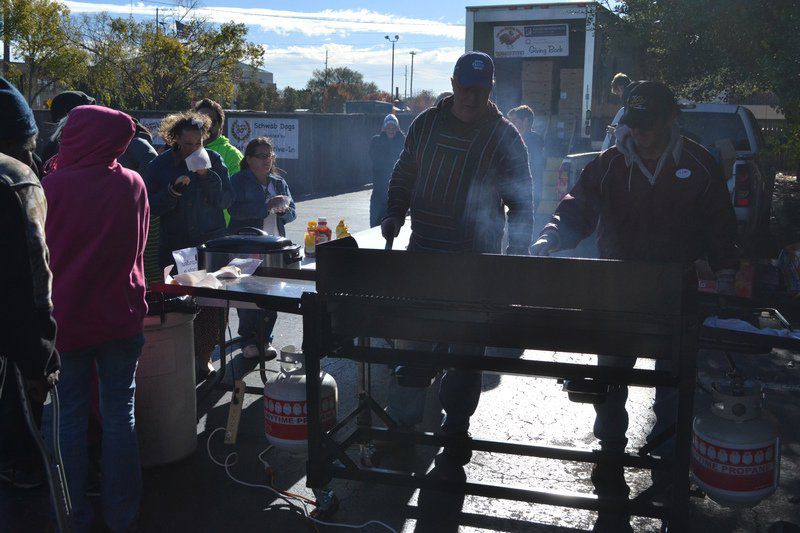 Volunteers cooked burgers and hot dogs for people who gathered to wait in line Friday morning at the sixth annual Turkey Giveaway. 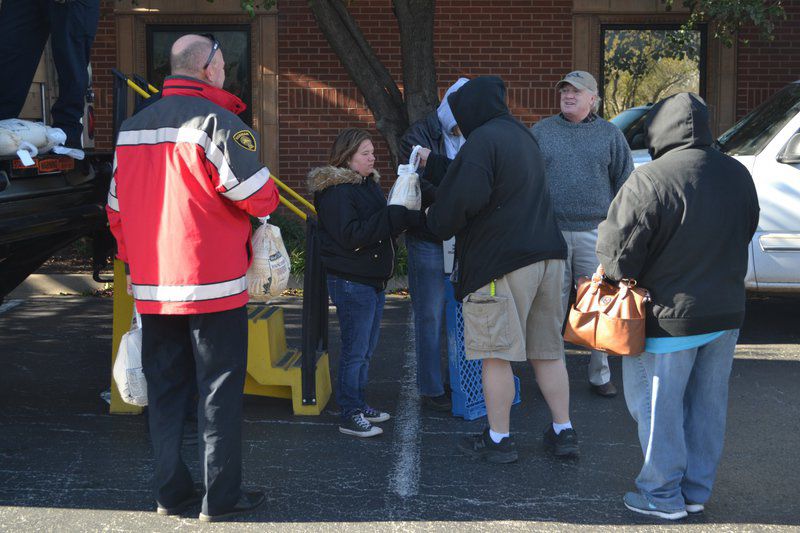 Kurri Aynes, center, joins Norman firefighters handing out turkeys Friday at the Turkey Giveaway at Bernstein Law Offices. Aynes waited in the line with her mom when she decided she wanted to help in the effort, too. 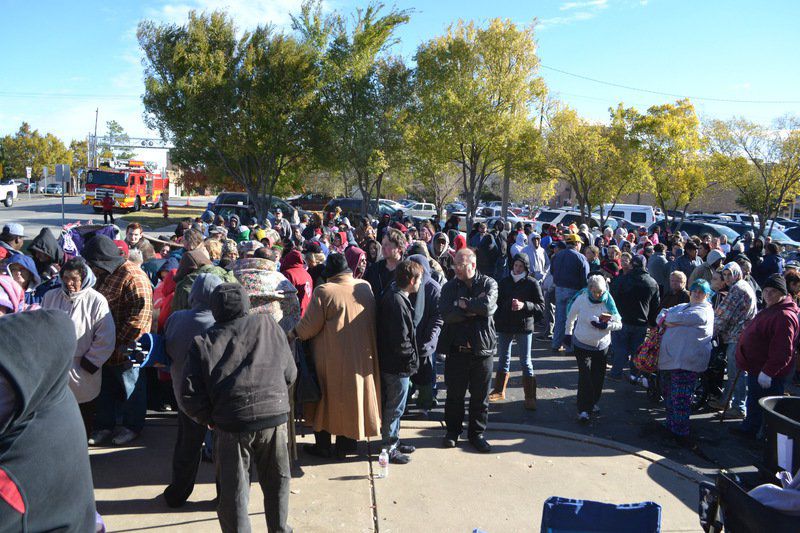 Volunteers cooked burgers and hot dogs for people who gathered to wait in line Friday morning at the sixth annual Turkey Giveaway.

Kurri Aynes, center, joins Norman firefighters handing out turkeys Friday at the Turkey Giveaway at Bernstein Law Offices. Aynes waited in the line with her mom when she decided she wanted to help in the effort, too.

The hundreds of people gathered outside the Bernstein Law Offices on Gray Street were undeterred by the increasingly cold weather Friday morning.

They clung to jackets, coats, hoodies, knitted caps and scarfs, and some did so for almost five hours. For them, it was worth it to grab one of the nearly 1,000 free turkeys at the sixth annual Turkey Giveaway hosted by Lawyers Fighting Hunger.

“We get people from all over the metro,” said David Bernstein, Norman attorney and co-founder of Lawyers Fighting Hunger. “And this year, we’re getting into the holiday spirit even more, because we feed everyone in line, too. We want people to know lawyers are good people, too.”

Burgers, hot dogs and soft drinks were handed out for those waiting in line. Others found a new way to pass the time.

As her family stood in the cold, faces growing more red as the North wind blew stronger, Kurri Aynes decided she wanted to join the Norman firefighters in unloading the turkeys from a truck and handing them out while her mother, Martha Holland, kept the family’s place in line.

For the first 30 minutes or so, Aynes joined firefighters Grant Deason and Jason Bradford, passing turkeys handed down from firemen Scott Jones, Michael Jann and Justin Vinyard. Her job was done when Holland made her way to the front with her ticket.

“This means we’ll have a hot turkey,” Holland said. “It means family and fellowship. It’s a big thing for us. We’re going to have a lot of people over to eat.”

Most of the people who line up at the giveaway often cannot afford to put a full Thanksgiving meal on the table. For many, a free turkey means much more than having a traditional meal.

“This is our first year back as a family,” Holland said. “It’s our first real Thanksgiving in a lot of years.”

Mission Norman coordinates with Bernstein to find residents and families who could use a free turkey the most. They also chip in to complete the Thanksgiving experience.

“They ask us to give the turkeys, and they provide other condiments and stuff to go with it,” Bernstein said.

Now, hundreds of lawyers from across the state will chip in to make the turkey giveaways a success. On Thursday, Bernstein said they helped hand out 2,000 turkeys in Oklahoma City.

“We sat around thinking how can we give back to our communities, so we decided to start this charity,” Bernstein said. “About 1 in 6 people in Oklahoma go hungry. Especially around the holiday season, it means so much to people.”

The Norman Fire Department jumped in to help with the handout, and the Norman Police Department helped control traffic. Regional Food Bank of Oklahoma donated the truck.