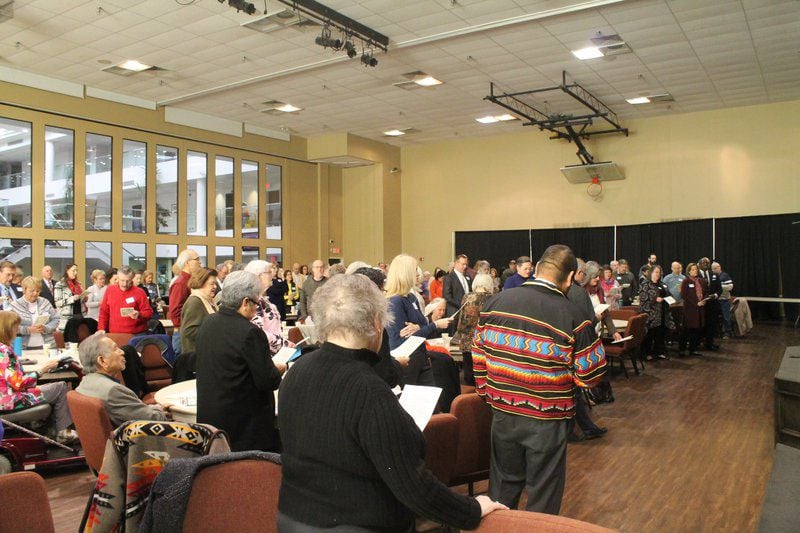 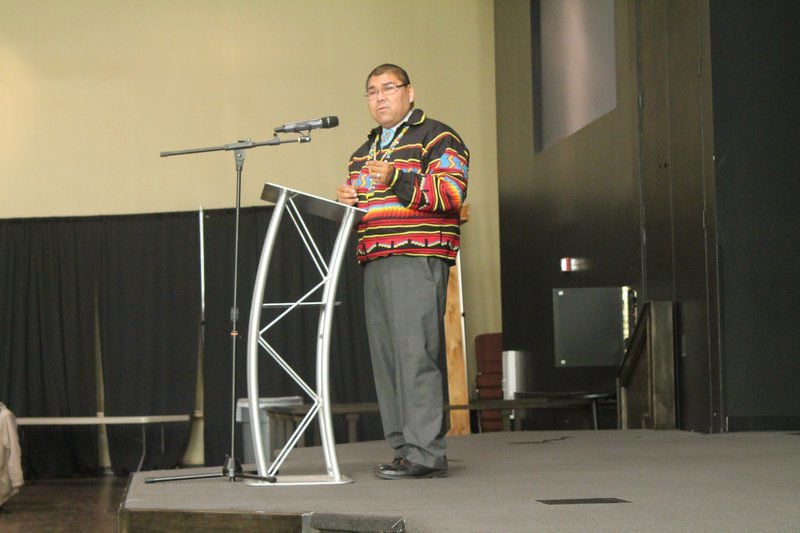 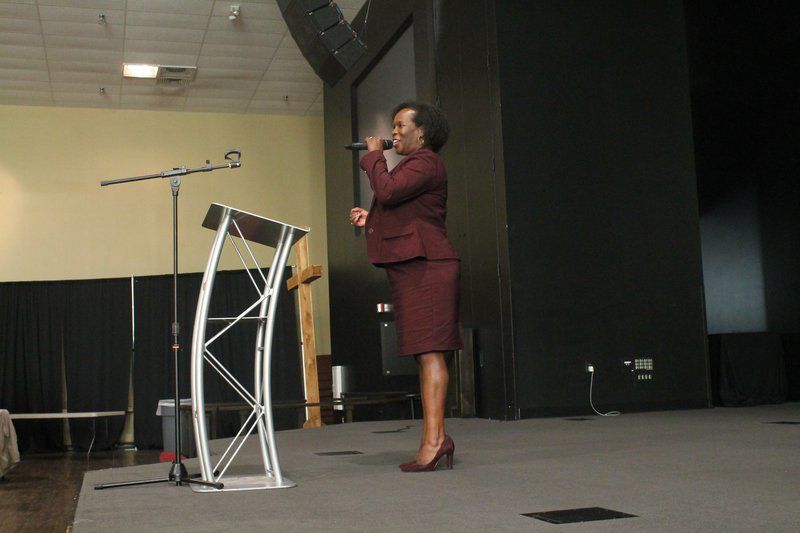 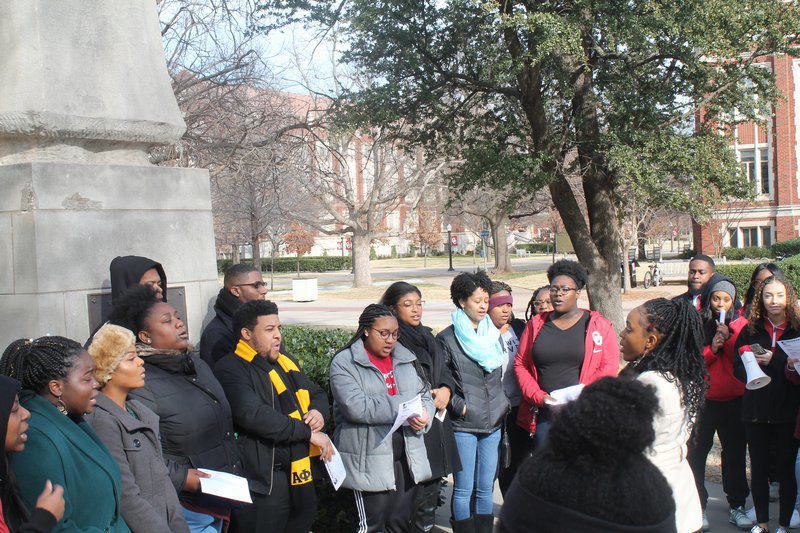 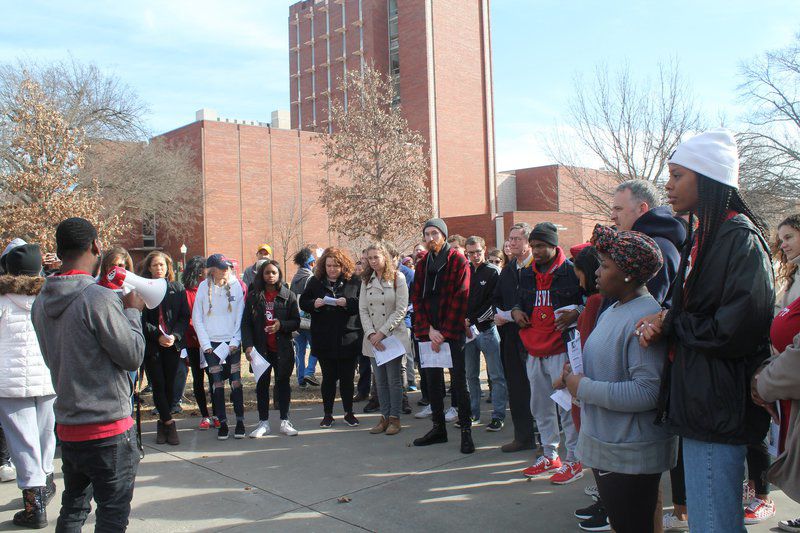 About 60 people gathered in OU’s South Oval Monday during the annual MLK Prayer Walk for social justice, unity and love. 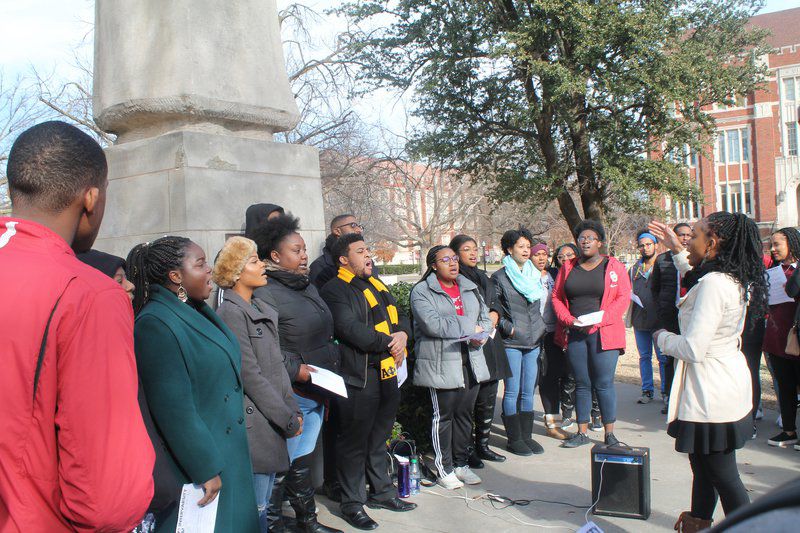 About 60 people gathered in OU’s South Oval Monday during the annual MLK Prayer Walk for social justice, unity and love.

For Norman and the University of Oklahoma, Monday was a special day for prayer and unity. But first, there was breakfast.

Like Dr. Martin Luther King Jr., former Norman Norman Mayor Cindy Rosenthal also had a dream. Her vision was to bring the community together and celebrate diversity. That tradition continued Monday with the twelfth annual Mayor's Interfaith Breakfast and the MLK Prayer Walk, hosted by OU's InterVarsity Black Campus Ministries.

"Every year, the breakfast continues to grow and be a special opportunity for our community," Mayor Lynne Miller said. "Norman is a community that celebrates diversity. This event exemplifies that and continues to make us stronger."

Miller is not seeking re-election, which means Norman will have a new mayor when her term ends in July. She sad she is confident that regardless of who fills the position, the annual interfaith service will continue.

"I'm confident that the Norman Human Rights Commission and the community will ensure that this tradition continuities," Miller said.

This year's breakfast keynote speaker, Rev. Glen Chebon Kernell Jr., executive secretary of Native American and Indigenous Ministries of the General Board of Global Ministries with the United Methodist Church, discussed how privilege has and continues to cause issues in the U.S.

"Everything Dr. King stood for and everything I have read indicates we should be in the business of tearing down walls, not building them," he said. "Right now, we are in a mode of recovery. It won't be easy and it won't happen overnight, but together we can get it done."

Kernell cited early instances of assimilation including the forced assimilation of indigenous people in the 19th and 20th centuries. He said even though that occurred long ago, not enough has changed.

Kernell said some of the more recent instances of assimilation included Canada's use of American Indian residential schools until 1996.

"We forget that the situation repeats time and time again," he said.

About four hours after the breakfast ended, OU's campus was filled with the voices of OU's Gospel Choir and silent prayers of students and community members alike for the annual MLK Prayer Walk on OU's South Oval.

Thomas said this year's walk was a little more personal than previous years, referring to the video that was posted on social media three days prior, showing a University of Oklahoma student wearing blackface and using a racial slur.

Other expressed similar thoughts as about 60 people gathered on the South Oval to celebrate social justice, unity and love.

"Today is about racial reconciliation," Thomas said. "Every year we hope to grow this. I think we are not only accomplishing that but also building on it. We really appreciate the support being shown each year."