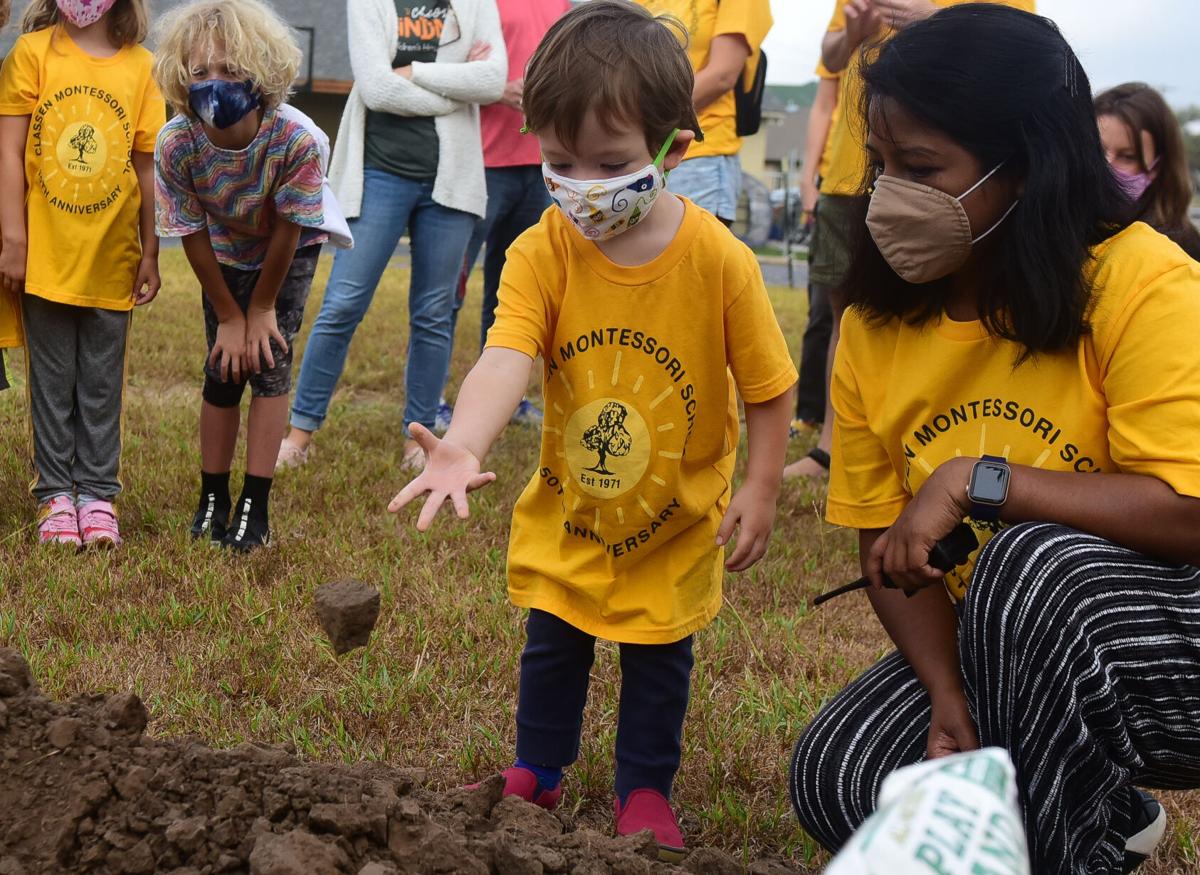 John Burke throws a handful of dirt on a tree Thursday as Classen Montessori School plants a tree to celebrate its 50th anniversary. 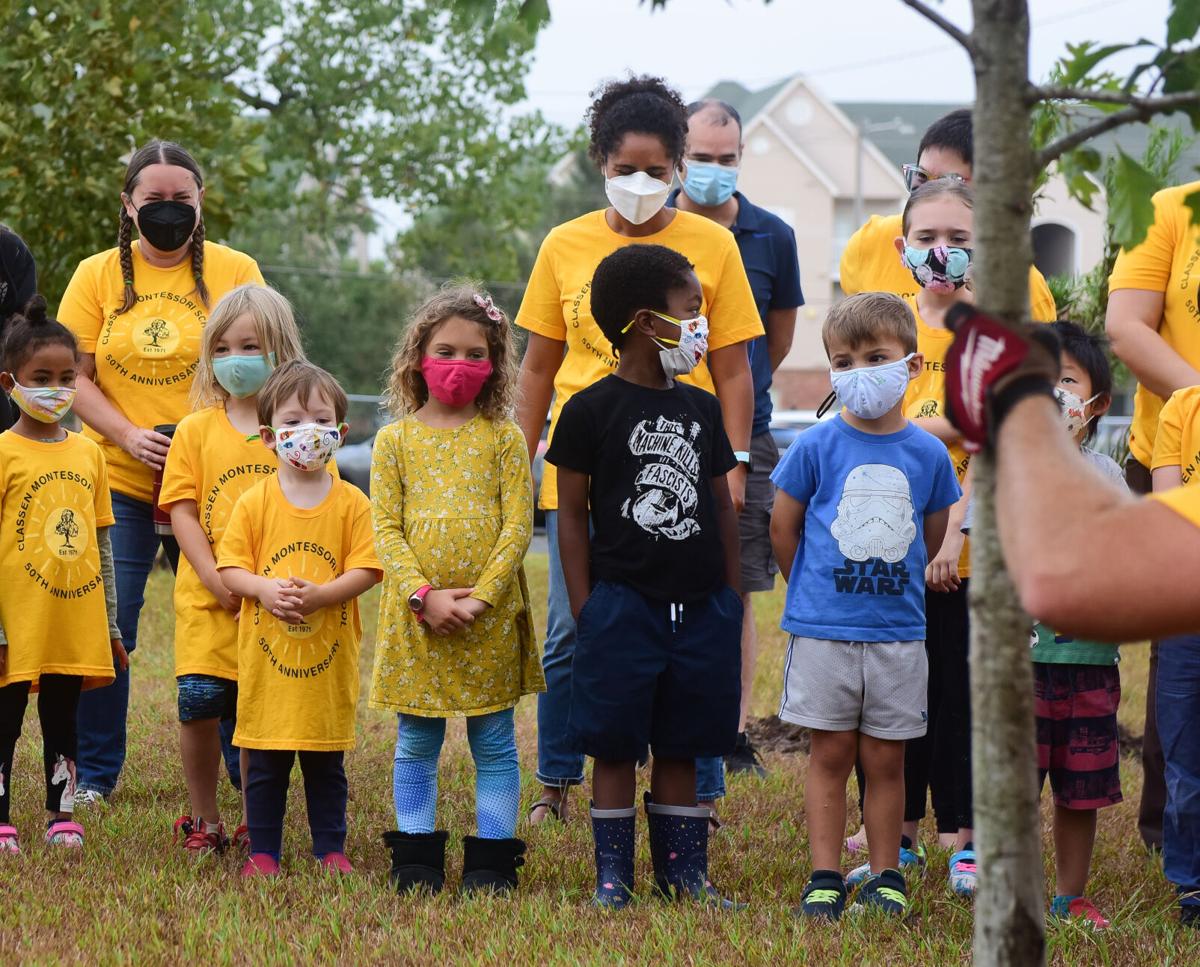 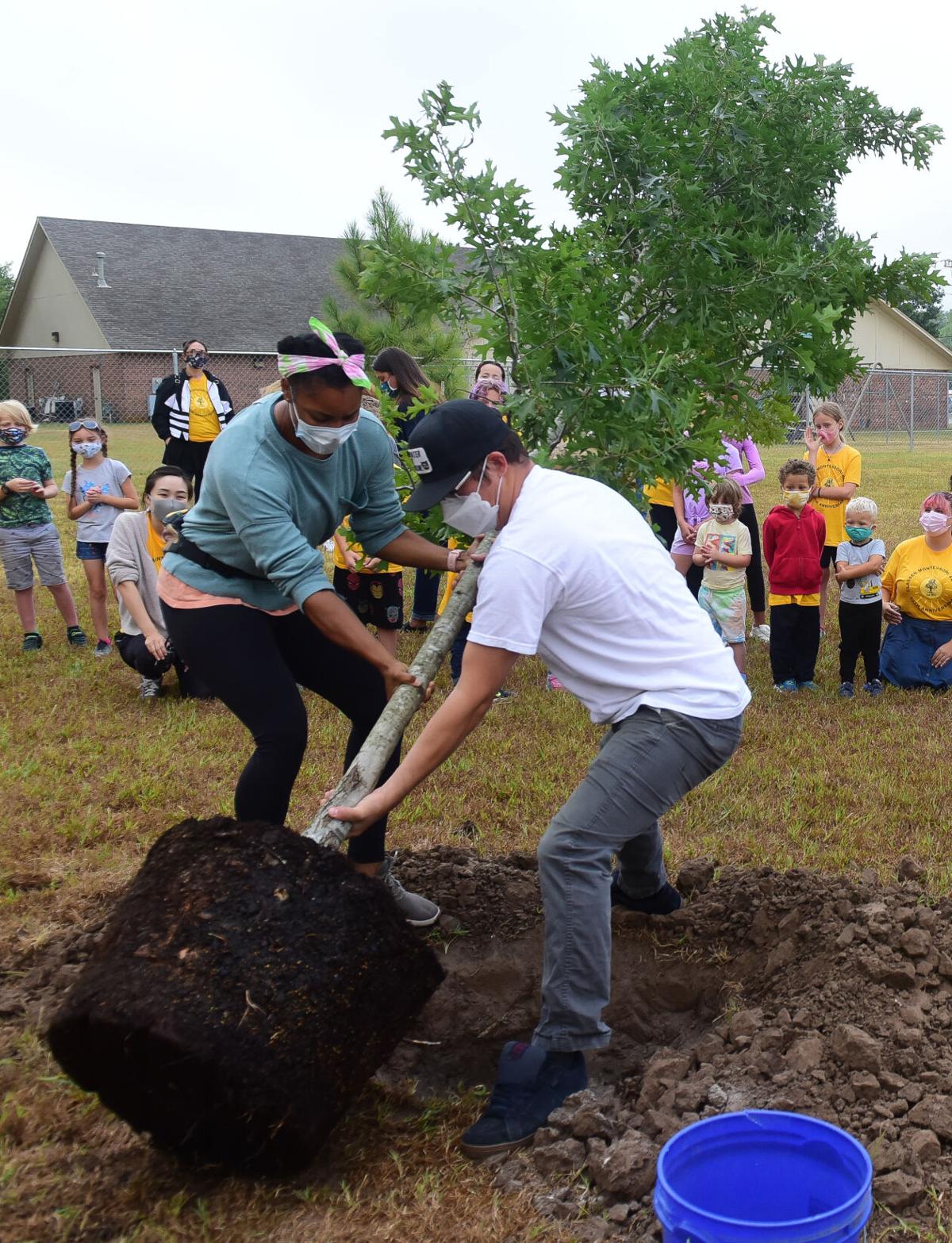 John Burke throws a handful of dirt on a tree Thursday as Classen Montessori School plants a tree to celebrate its 50th anniversary.

A school focused on providing a non-traditional learning approach to children is celebrating half a century in Norman.

For 50 years, Classen Montessori School, 2323 Classen Blvd., has worked to promote decision making and develop early interests in children through the method of the same name.

The Montessori Philosophy, developed by Italian educator Maria Montessori in 1907, allows children to make their own choices based on their own motivation and preferences, as opposed to complete adult directed lessons and activities, according to the American Montessori Society.

“Our specially-designed classrooms really create natural opportunities for independence, and everything in the classroom is readily accessible to the students,” Hill said.

As their discovered interests lead them in a certain direction, teachers provide individually-tailored lesson plans based on their interests, Hill said. Each classroom can have more than 20 work plans that the teachers use to fulfill educational needs for every student, she said.

Hill said the methodology involves spending time observing the students and assessing their process before deciding how to intervene or give additional lessons. While the instruction method is based on allowing children to make decisions on their learning, Hill said when a student leans toward one area of the classroom, teachers often use that interest to incentivize lessons in other areas.

“They have a strong understanding of what it means to divide something into equal parts,” Beasley said.

As an educator, Beasley said she appreciates the pacing and attention that is tailored for each student.

“There’s definitely a focus on community, global citizenship, and its practice on a day-to-day basis,” Beasley said. “I find that with the class sizes we can really teach those things, because it takes some time.”

Hill said celebrating 50 years growing in Norman is a special milestone for their small community. They have plans for even more growth over the next 50 years, including expanding into middle school.

“We have our forever home now and a stake in the Norman community,” she said.