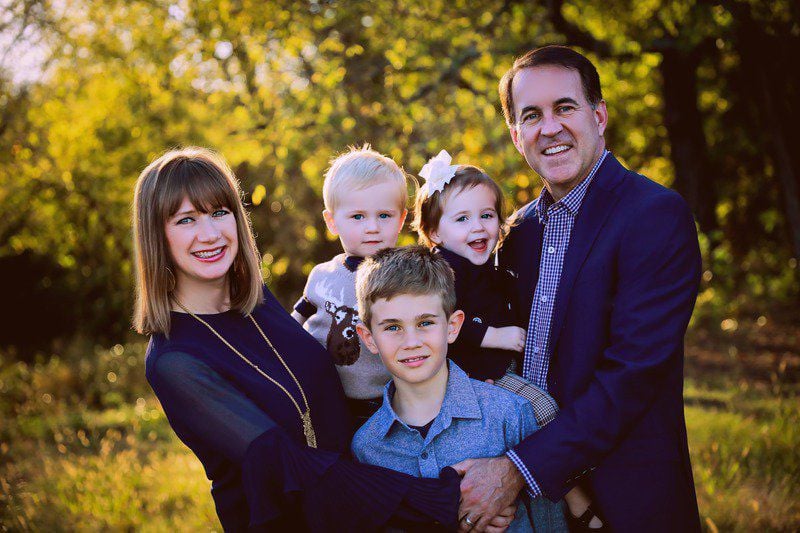 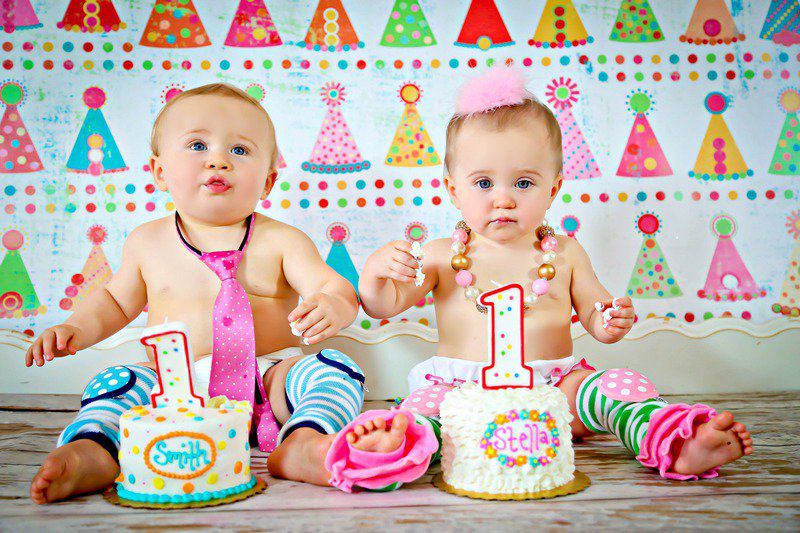 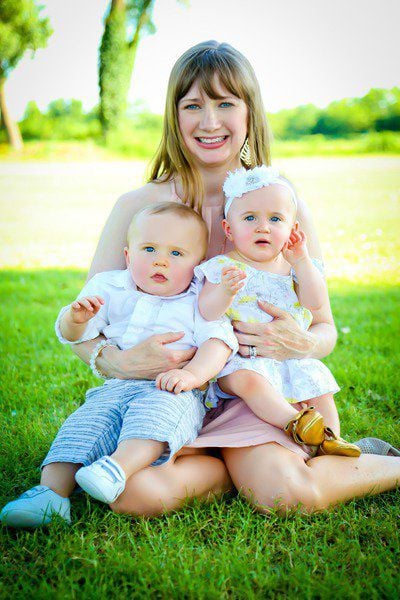 Stephanie O’Hara with her miracle babies, twins Smith and Stella.

Stephanie O’Hara with her miracle babies, twins Smith and Stella.

Stephanie O'Hara had the perfect life — a husband who loved her, a beautiful baby boy, a supportive family and a strong and sustaining faith.

What more could any woman ask? Stephanie didn't want much more, but she was hoping for a big family, full of kids who could run and play on the O'Hara family farm where her in-laws live near Tuttle, Oklahoma.

“Dirk and I met in 1999 and dated for four years,” Stephanie said. “He proposed to me on the farm at sunset. It was my 30th birthday. He said 'Will you marry me and have my five children?'”

From early on in their relationship, the couple had dreams of a big family with a full table at Thanksgiving by the time they were in their 50s and 6os. With those shared dreams in mind, Stephanie said “yes” to Dirk's proposal and they were married. Life was good.

A year and a half later, they decided to try again.

“I got pregnant the first month, and I felt so happy and so in control,” Stephanie said.

On Thanksgiving, Dirk's family gathered at the family farm and the couple announced her pregnancy. On Black Friday while shopping with family, Stephanie miscarried.

“It was heartbreaking and scary,” she said. “I felt shame and guilt because my body was failing, and we had told family.”

Despite the heartbreak, Stephanie's doctor told her there was no reason not to try again immediately.

They processed their grief and tried again. Again, Stephanie didn't have trouble getting pregnant, but in 2009 and 2010, she had three miscarriages and was referred to a well-known specialist who had helped a lot of families. He put her through rigorous and invasive tests.

“He put me on fertility meds, and I got pregnant,” she said.

But getting pregnant wasn't the problem. Still, a heartbeat was detected, and that gave Stephanie and Dirk hope. After the second ultrasound, the specialist said he'd see her in two weeks, and she would be out of the woods.

“Dirk and I came back in for our last appointment with him,” she said. “He did the ultra sound, and he was quiet. Then he said, 'this is bad, this is very bad,' and that's how he told us that we had lost our baby.”

Stephanie has had a total of seven miscarriages, including two DNCs. She had a tubal ligation after experiencing a tubal pregnancy. After that procedure, she hemorrhaged and had to be rushed to the ER. During those times, she saw other doctors, but none of them could tell her why she was losing her babies.

“I had unexplained, recurrent miscarriages,” she said.

As the couple searched for answers, they considered adoption.

“We had contacted Deaconess, which is a wonderful adoption agency,” she said.

They were also referred to a specialist in Colorado for a possible Invitro fertilization (IVF). At that point, Stephanie was still hopeful she could carry a child again.

Secondary infertility — fertility after already having a child — can be quite a lonely and isolating diagnosis, Stephanie said. She felt guilty for wanting another child, but having Aidan did not change her desire for more children.

A week after that trip to the Colorado specialist, Stephanie got a phone call telling her everything was great, and she had a 65 percent chance of having a baby.

“I'll never forget getting the first box of medicine shipped to me,” she said.

There were bottles of medicine, syringes, hormone patches and pills. Each day, Dirk prepared the meds and gave her the shots, creating a true partnership.

“I would sit in my bed and pray and meditate and get into this positive frame of mind,” she said.

“I would hold that in my hand, and I would walk into the kitchen, and Dirk would have all the shots laid out,” Stephanie said. “They go in your abdomen, and you have to go clockwise.”

In prep for the IVF process, Stephanie got 5-7 shots every morning and again at night for 30 days, leading to bruising and tenderness.

The next step was harvesting the eggs and sperm and uniting them. The O'Hara's ended up with a handful of healthy embryos, and a couple of months later after the drugs were out of her system, Stephanie went through more shots to prepare her for the pregnancy.

The procedure went well and she got pregnant, but the baby's cells multiplied too rapidly, putting Stephanie in danger of cancer. She remembers a moment of clarity, seeing Aidan jumping in rain puddles, she realized she couldn't continue to risk her body if this pregnancy terminated.

“Aidan needed his mommy,” she said.

Sure enough, she miscarried during church service.

"I was pretty angry at God, but I knew He could take it," she said. "I never turned my back on my faith. We had gone to counseling to navigate through this because I had feelings of guilt and shame and anger. Dirk wasn't putting those feelings on me, they were just my feelings."

While the O'Hara's had been willing to entertain adoption, they still had frozen embryos — their potential babies — waiting to be born.

In a surprising turn of events, Stephanie's best friend offered to carry one of them.

“It took awhile to grieve that last pregnancy,” she said. “There was so much that had gone into it, the expense and the shots and the mental and emotional toll.”

Meanwhile, the couple prayed about the generous offer for their friend to serve as a surrogate. With gratitude, they accepted.

“She went through three months of drugs, shots and whatnot, but her body never progressed to receive the embryos, so it didn't work out,” Stephanie said. “She was so sad. We will always be so grateful that she even tried. It was one of the most selfless, kind acts of love that you can do for someone else.”

They decided to hire a surrogate and looked through profiles from two different agencies.

"I’ve said many times that if someone had told me I would have twins at the age of forty-three and that another woman would carry them for me, I would have laughed from here to high heaven,” Stephanie blogged on her website, yourangelwings.net, where she shares her story as a means of encouraging others and eliminating stereotypes.

After going through 30-40 profiles, they hadn't found the right match. The couple knew they wanted someone who had been a surrogate or had been pregnant before, who was in good health and not too young.

“We wanted somebody who had faith, that was pretty important to us,” she said.

The next day, another profile arrived via email.

“I read it, and I knew she was the one,” Stephanie said.

Tiffany lived three hours away, so they could accompany her to doctor appointments. The O'Hara's had a conference call with Tiffany and her husband.

“She had carried twins for a family and had a family, too, and so we decided to meet,” Stephanie said. “All four of us just knew. We felt like God wanted us together. ”

Because of Tiffany's past success, the O'Haras decided to have two embryos transferred to Tiffany's womb. A short time later, the pregnancy was confirmed. Stephanie will never forget hearing those heartbeats for the first time.

“I cried, and I was so happy, I just wanted to pass out,” she said.

Even more incredible: tests indicated a boy and a girl.

“That was exactly what I wanted and what Dirk wanted,” Stephanie said. “I think God's fingerprints were all over it.”

When Tiffany went into labor, their family gathered at the hospital and prayed. Tiffany's husband was an associate pastor and his church was also praying for the babies. In another twist, the doctor who delivered the twins had attended Aidan's school, Monroe Elementary.

“The whole experience of the twins' birth was so special and so sacred,” Stephanie said. “We could just feel God's presence.”

While previous parents had cut ties with Tiffany, the O'Haras wanted her to remain in their lives.

“The twins call her Tiffy because they can't say Tiffany, and I tell them she's our special angel,” Stephanie said.

Tiffany carried one more child after the twins for a family who had no children before deciding that was enough for her body. Now she's a fertility life coach.

“You have to be smart and do your own vetting, but there are a lot of protections in place,” Stephanie said of the surrogate process. She said it's important to have an attorney, ask tough questions and sign a contract.

“It's crazy to me that Stella and Smith were frozen in time for over two years,” Stephanie said. “We feel very much that our family is complete.”

Stephanie supports and encourages adoption, fostering and mentoring, as well as infertility treatments and in vitro fertilization (IVF) and she wants couples to know infertility is not their fault.

“God has laid this on my heart to share this story to help others,” she said. “There are many, many ways to create your family. For those who have the desire, it's not a question of if, it's a question of how.”

The inability have a child affects 6.7 million women in the U.S. — about 11 percent of the reproductive-age population (Source: National Survey of Family Growth, Centers for Disease Control and Prevention).