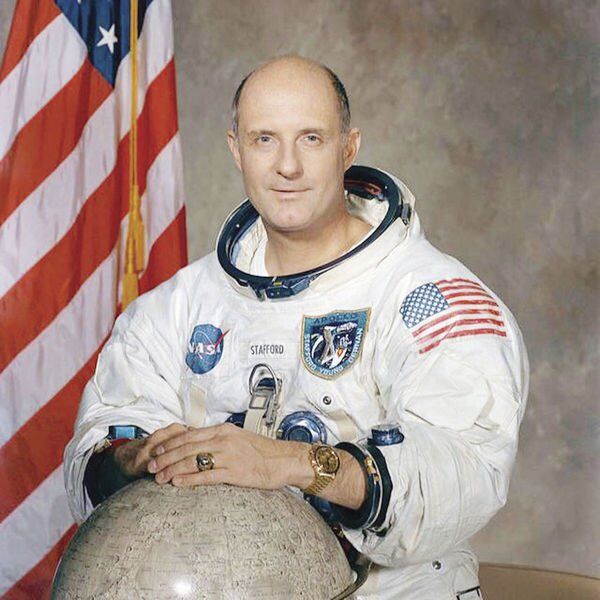 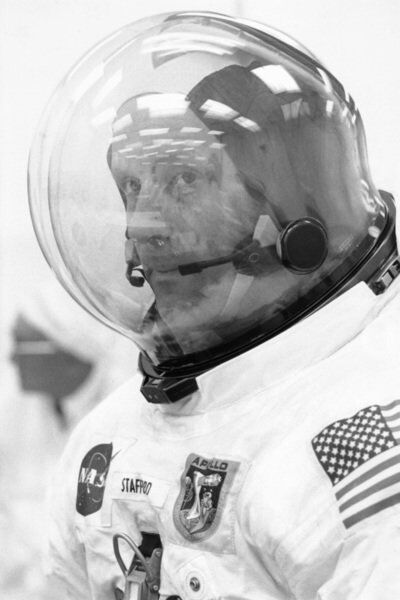 The museum will offer free admission Sept. 17 and Sept. 19. A special "member-only" event, "Stories at the Stafford," is planned Thursday night. For more information, contact Teresa Schoonmaker at 580-772-5871 or at Teresa@cityofweatherford.com.

On Saturday, the museum will host a public celebration. A large banner will be located in the lobby for visitors to sign and express their birthday wishes. The banner will be sent to him later. Food trucks will be on site for lunch. Beginning at noon, birthday cake will be served.

COVID-19 precautions will keep Stafford from being present, but at 1:30 p.m., a special live video interview will be conducted with Stafford from his home in Florida. The public will be invited to ask him questions about his life and career.

A free commemorative poster will be made available to all museum visitors that day. The museum asks that all visitors who come to the museum adhere to current precautions, and it is recommended that masks be worn.

Stafford will celebrate his 90th birthday Sept. 17. Stafford was the veteran of four space missions, including three as mission commander.

Upon returning to the Earth from his Apollo 10 mission to the moon, Stafford and fellow crewmates John Young and Gene Cernan slammed back into the atmosphere at a speed of 24,791 mph, or nearly seven miles a second. It established the all-time human speed record that still stands today. Stafford was the commander of the mission and the only living member of that mission crew.

After his graduation from Weatherford High School and the U.S. Naval Academy at Annapolis, Stafford became a fighter pilot and was selected to the elite U.S. Air Force Test Pilot School at Edwards Air Force Base, California, where he graduated No. 1 in his class. He tested many supersonic aircrafts in the late 1950s and early 60s. By the end of his Air Force career, Stafford flew nearly 130 types of military aircraft and several types of helicopters.

On his 32nd birthday in 1962, Stafford was informed by NASA that he had been selected to join eight other test pilots in the second class of astronauts to be selected by the space agency. On his first space mission, Stafford piloted the Gemini 6 spacecraft that performed the first successful rendezvous in orbit with other spacecraft. Six months later, Stafford orbited the Earth again, commanding the Gemini 9 mission. This established a record for the shortest period of time between two missions that an astronaut would fly.

After the completion of the Gemini program, Stafford was named to command the Apollo 10 mission to the moon. Stafford and his crew flew the complete profile of a landing, including being the first to fly the lunar module into lunar orbit and flying it down to within 47,000 feet of the surface. It was the final full-scale dress rehearsal prior to the Apollo 11 crew's successful landing two months later.

Stafford was chosen to serve in a variety of NASA administrative capacities, including chief of the Astronaut Corp. Stafford was selected to command his fourth and final space mission in 1975. The U.S. and the Soviet Union signed an agreement to fly a joint mission in space named the Apollo-Soyuz Test Project. Stafford led the American side, and Alexei Leonov -- the first person to walk in space -- led the Soviet crew. Many historians consider the success of the Apollo-Soyuz mission to have been the beginning of the end of the Cold War, and Stafford was nominated for the Nobel Peace Prize.

Stafford was the first astronaut to become a general and the first general to fly in space.

Stafford has been awarded hundreds of awards and honors. He was named as Oklahoma's Aviator of the Century and is one of only a few living astronauts to be awarded the Congressional Space Medal of Honor. He has won the prestigious Harmon Trophy twice, the Wright Brothers Memorial Award, the James Doolittle Award, the American Institute of Aeronautics and Astronautics Award, The Von Braun Medal for Space Exploration and hundreds of other honors, including an Emmy Award for his development of a compact color TV camera that he carried on Apollo 10 to send the first live color television images back from space.