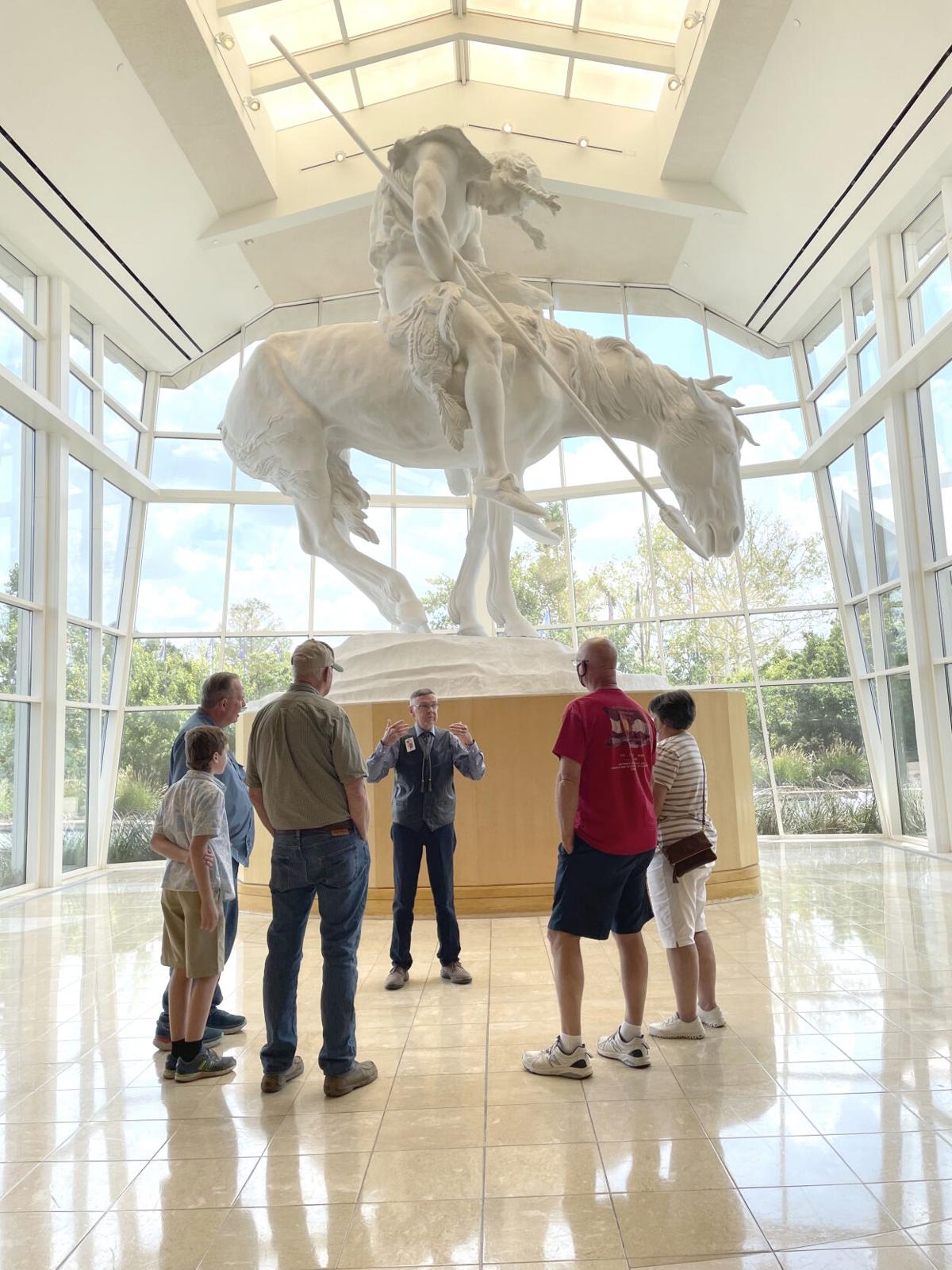 The plaster “End of the Trail” was a model made for a statue. The sculpture was not cast in bronze until the 1970s. 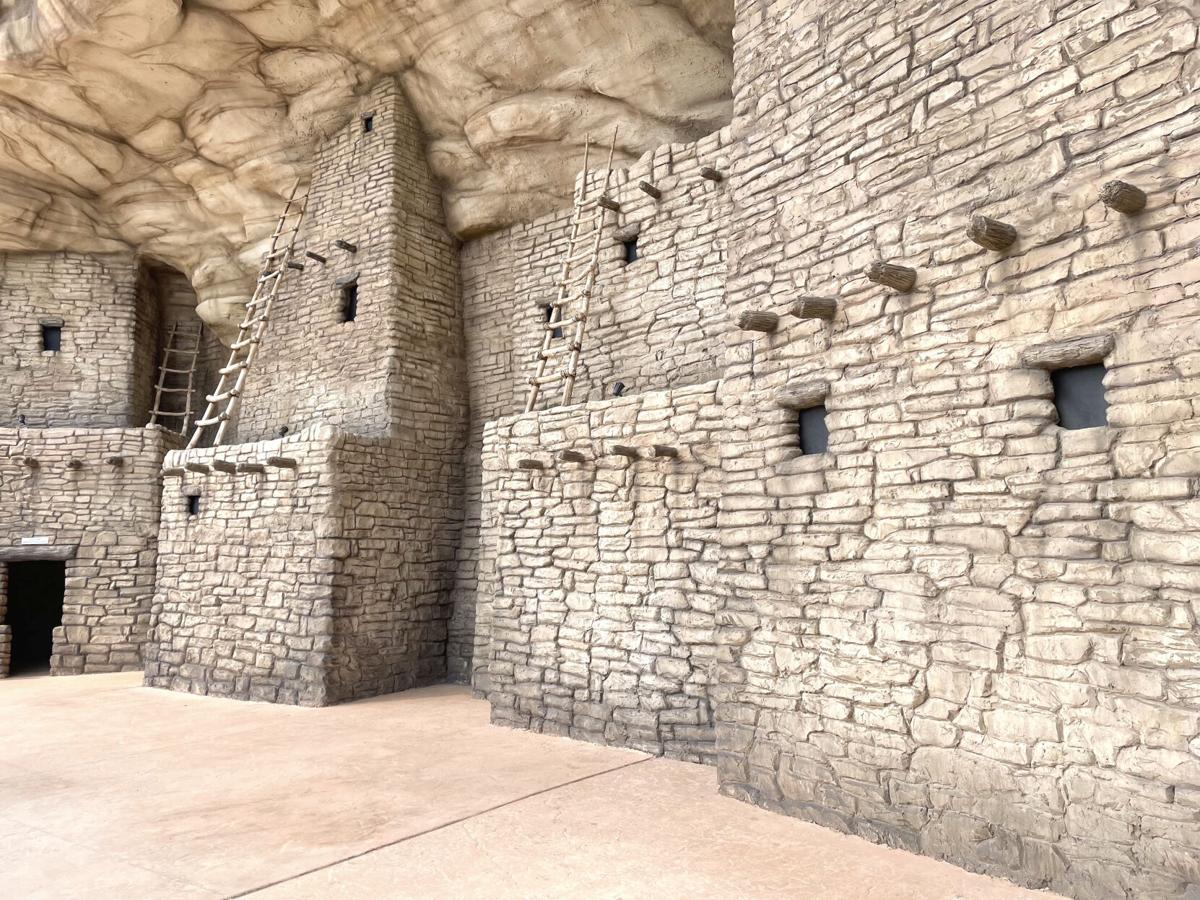 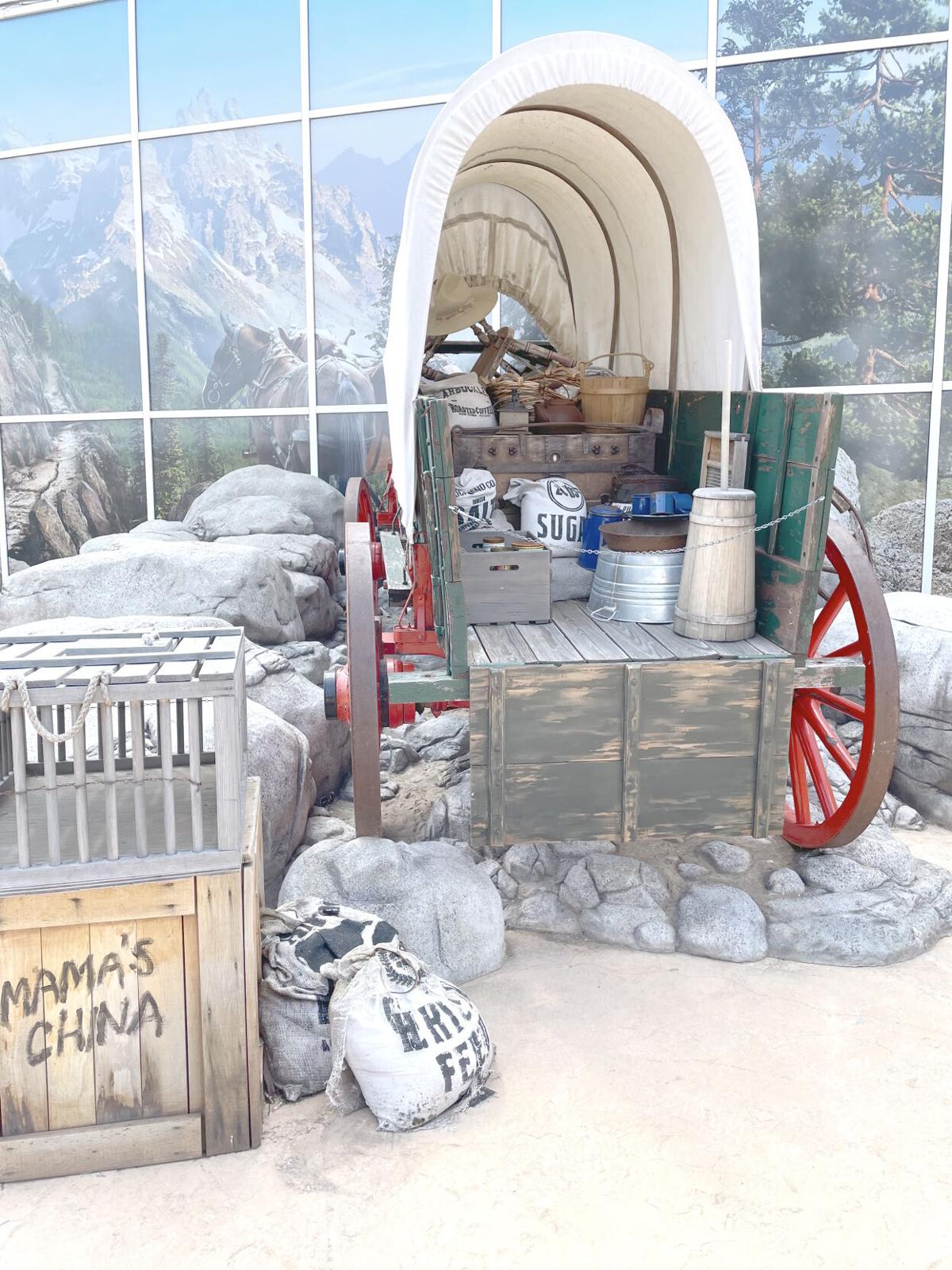 In Liichokoshkomo, children can decide what they would have needed to travel west in a wagon. 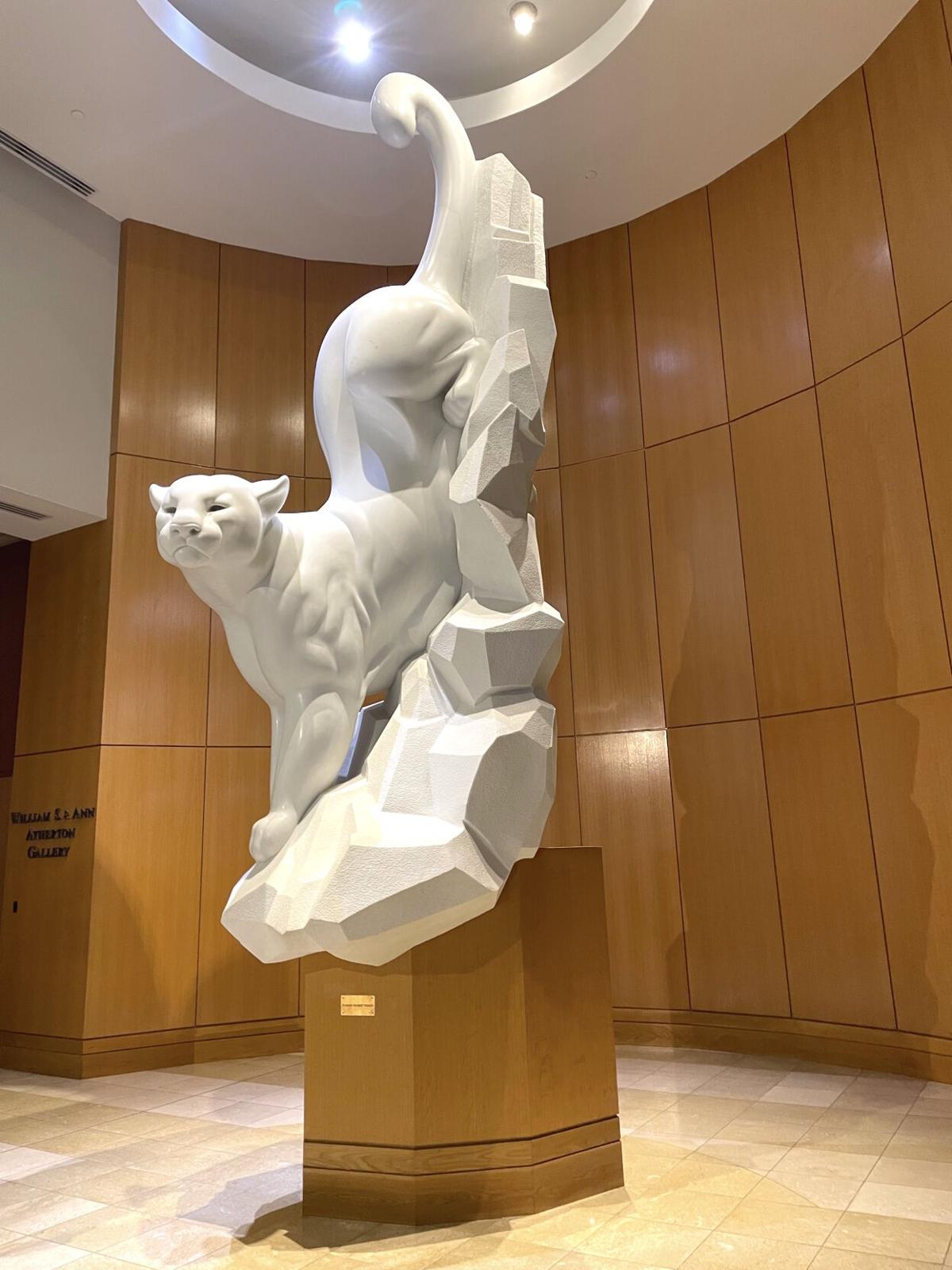 The “Canyon Princess” is a favorite with museum goers. 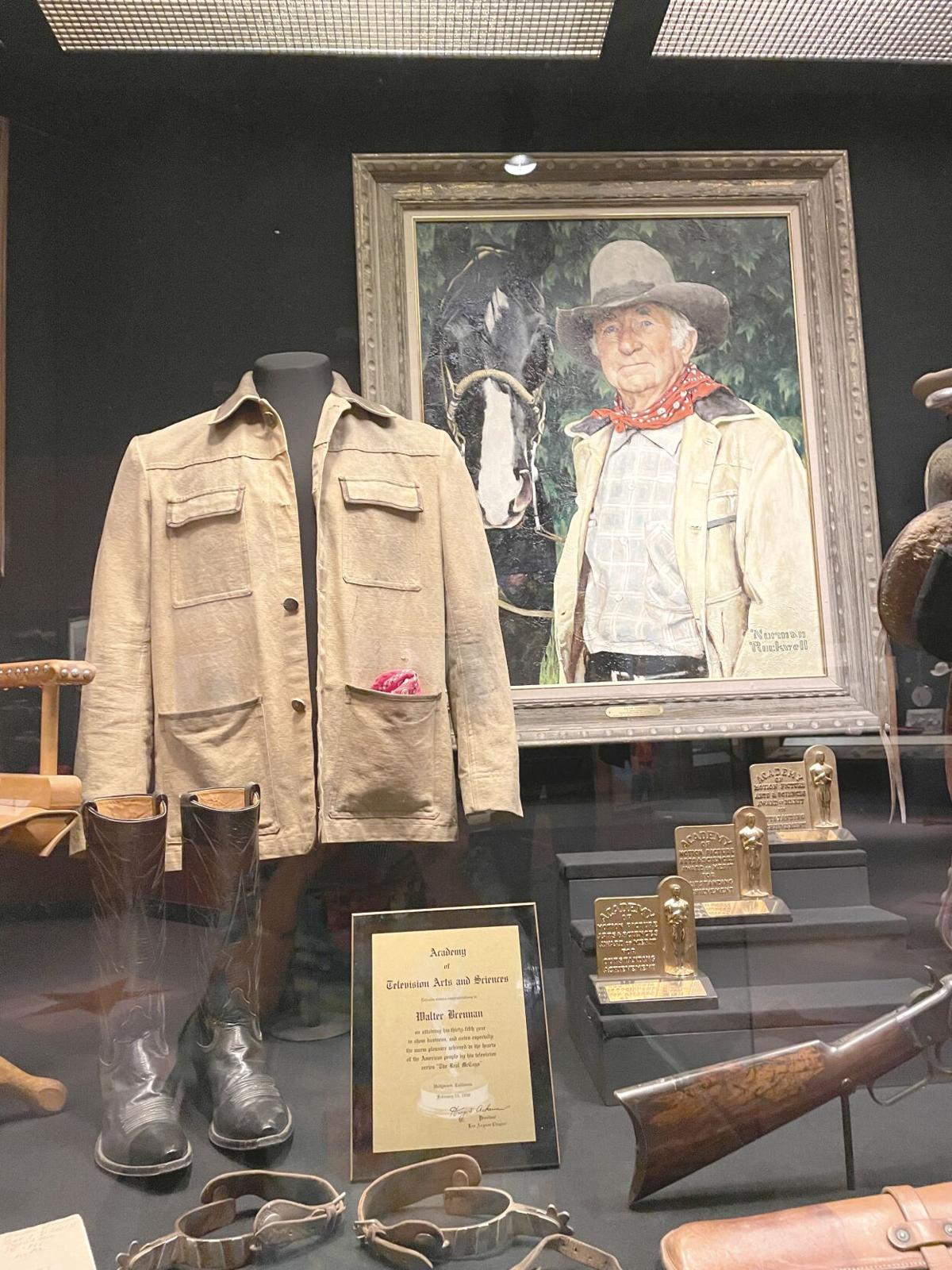 Walter Brennan is one of the movie stars featured in the Western Performers Gallery. 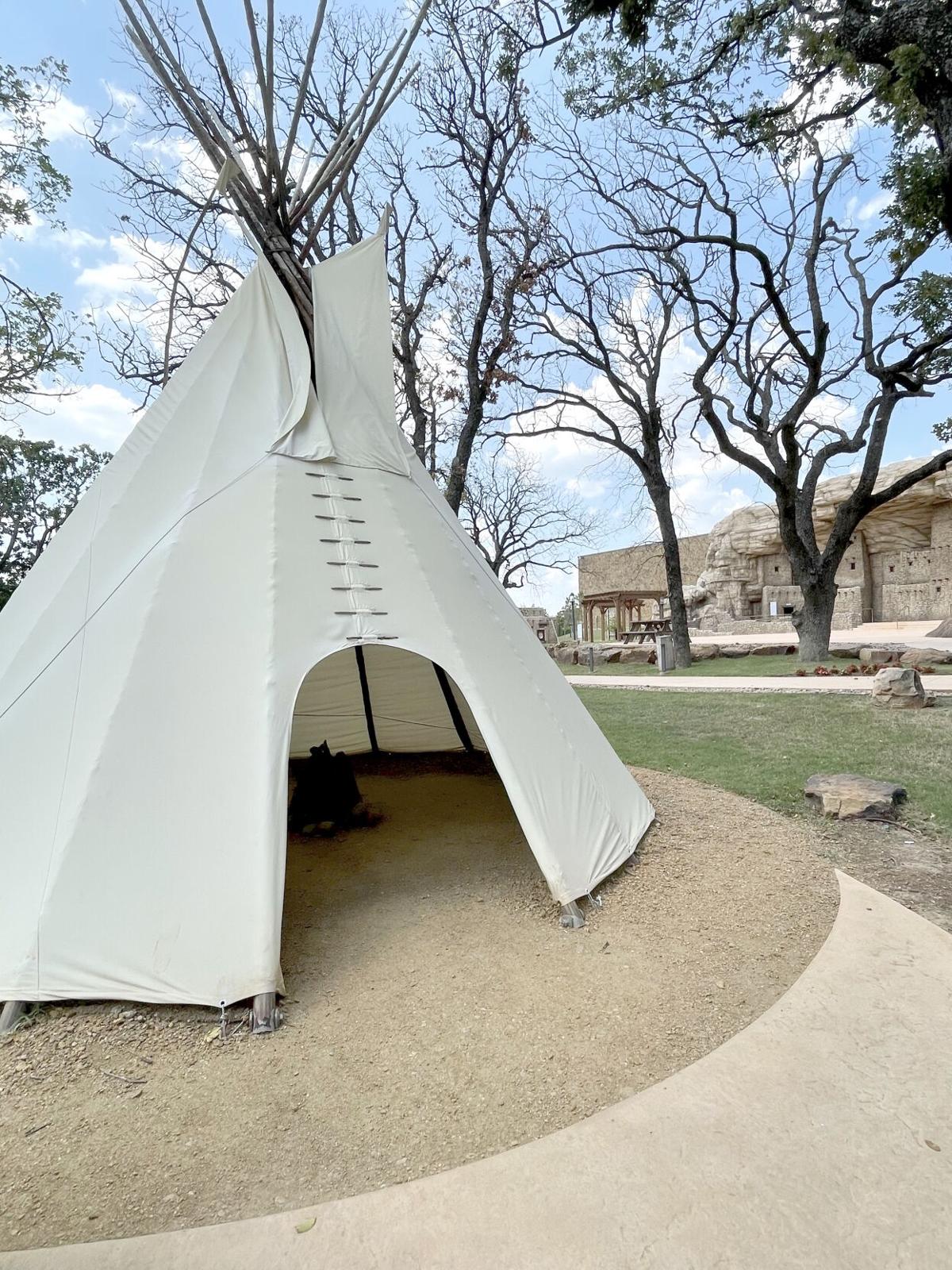 The Kiowa, originally from western Montana, traveled with teepees. 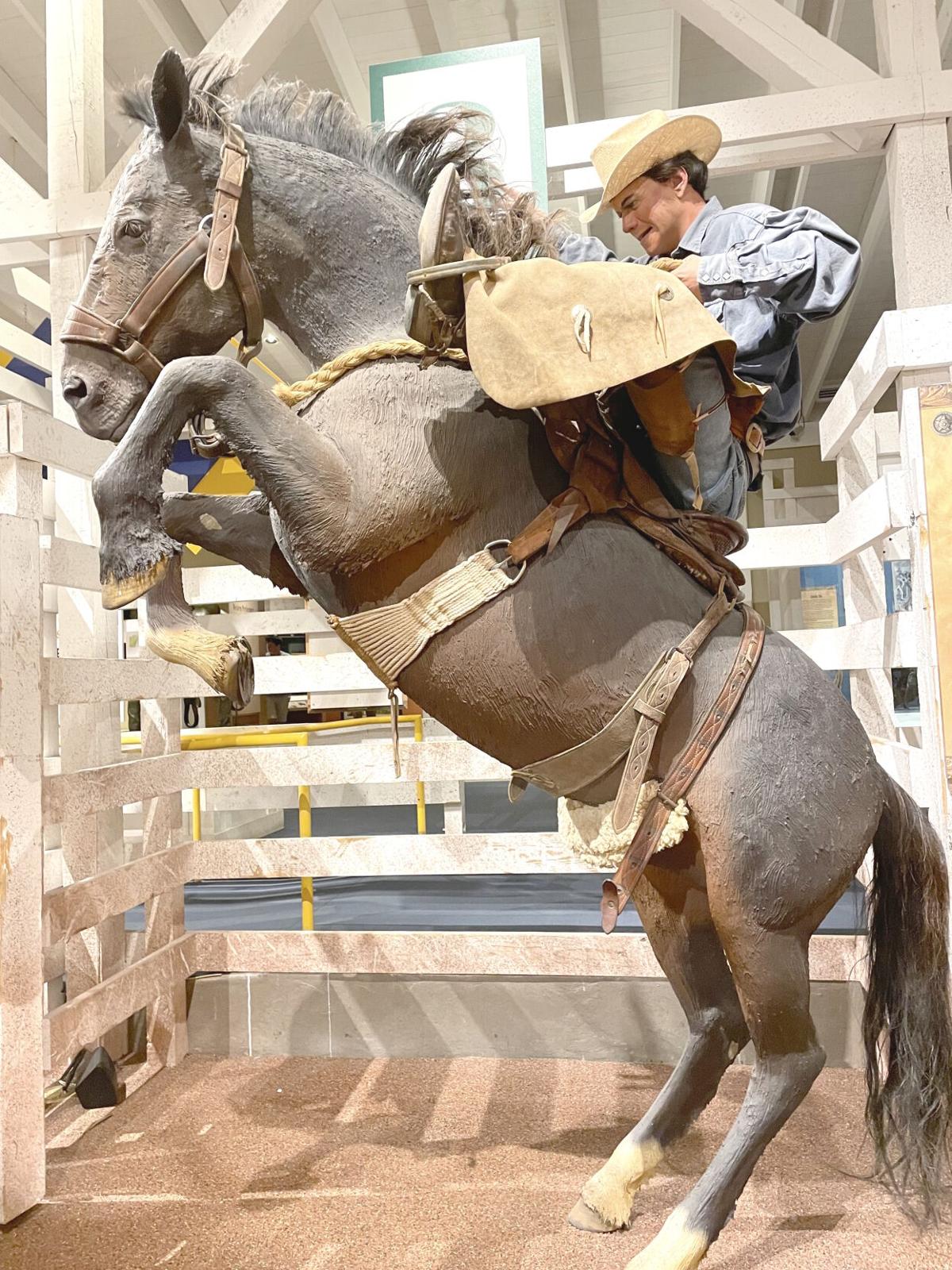 The Rodeo Gallery is one place to learn about rodeo events.

The plaster “End of the Trail” was a model made for a statue. The sculpture was not cast in bronze until the 1970s.

In Liichokoshkomo, children can decide what they would have needed to travel west in a wagon.

The “Canyon Princess” is a favorite with museum goers.

Walter Brennan is one of the movie stars featured in the Western Performers Gallery.

The Kiowa, originally from western Montana, traveled with teepees.

The Rodeo Gallery is one place to learn about rodeo events.

I’m a museum junkie. In my travels, I’ve been to some amazing, world-famous museums. Why is it I seem to forget that we have one of those museums right here in Oklahoma City?

You won’t find Rembrandts or Picassos — more Remingtons and Russells. Painting, sculpture and a whole lot more — all tied to the history, art and cultures of the West — are featured at the National Cowboy and Western Heritage Museum.

The first thing you notice as you enter the building is a monumental plaster statue, “The End of the Trail.” Created by sculptor James Earle Fraser, it was intended as a memorial to Native Americans whose cultures had been irreparably damaged by western expansion.

Exhibited at the 1915 Panama-Pacific International Exposition in San Francisco, it quickly became a widely replicated image. As signage by the statue indicates, Fraser’s view of Native Americans as a vanquished people has been refuted by their resilience.

As you proceed down the hall to the west, you’ll encounter another large statue, “Canyon Princess” by Gerald Balciar. This twice-life-sized mountain lion was carved out of a 31-ton block of yule marble, the same marble that was used for the Tomb of the Unknown Soldier in Arlington National Cemetery.

Together, these two statues provide an impressive introduction to the museum’s myriad galleries.

To the right of the “Canyon Princess,” in the Kerr Changing Exhibition Gallery, is the new exhibition “New Beginnings: An American Story of Romantics and Modernists in the West.” It features 100-plus works by New Mexico artists from Taos Society artists Ernest Blumenshein, J.H.Sharp and Oscar Berninghaus to less familiar artists of the ‘20s and ‘30s. This exhibition will run until Jan. 2.

On the other side of the “Princess,” you’ll find a maze-like series of galleries. The largest gallery features art of the American West.

In addition to painting and sculpture, there’s a recreation of the Santa Fe studio of artist Tom Lovell. Nearby are several small exhibits including samples showing the difference in effect of acrylic or oil paints by Wilson Hurley and a palette, which belonged to Bettina Steinke, one of only two women to win the highest honor in the annual Prix de West competition.

Other galleries include Native American art and artifacts. The Silberman Gallery is the location of another new exhibition, “Tattoos: Religion, Reality and Regret” (through May 9). This exhibition looks at the history and traditions of tattoo art and Native American peoples.

The American Cowboy Gallery and the Gallery of the Frontier West depict Spanish vaqueros, black cowboys, women — even Indian cowboys. In addition, homage is paid to frontiersmen, hunters and military figures on the frontier.

One of my favorite galleries is the Western Performers Gallery. Start by watching a multimedia presentation narrated by Sam Elliott. Around the walls are displays of movie posters and memorabilia from western movies and movie stars. I love the portraits of some of the biggest stars, several of them painted by Bettina Steinke.

The last room is the American Rodeo Gallery with history, people and events connected with the sport. The bucking bronc makes a dramatic photo.

Before you go outside, go across the hall to Prosperity Junction, a recreation of a turn-of-the-20th-century cattle town. Kids love the real jail from Cimarron, New Mexico. Look for a new feature — back by the railcar — a theater showing “Under One Sky,” with views of the West narrated by Tom Selleck.

Now you’re ready to go outside to see the museum’s newest addition, Liichokoshkomo, which means “Let’s Play” in Chickasaw. Right off, I have to confess, it was in the 90s the day I visited, so I didn’t explore every corner.

The most impressive site is a nearly-life-size replica of an ancient Puebloan dwelling. Other structures include a Kiowa teepee, a Pawnee earth lodge, a Chickasaw council house, and a Caddo grass house. In addition there are several old-town-type buildings that I didn’t explore. A large playground is a special draw. Paths near Liichokoshkomo lead past sculptures and other features of interest.

During special events, there are hands-on STEAM activities. The kids play on the playground or participate in activities around the area. A craft opportunity is provided (until supplies run out), and there are snacks for parents and children. Museum members are free, and others enter the area free with museum admission.

I thought I’d seen it all after several hours, but I didn’t.

Linda Burrows, of Edmond, has been a docent for a number of years and said her favorite exhibit is the Prix de West exhibition in a gallery in the east wing, behind a statue of Abraham Lincoln.

The other do-not-not-miss favorite is in the Special Events Center, south of Abe. As long as there is nothing scheduled, you’re free to go in and see some of the museum’s most magnificent art — five triptychs — “Windows to the West” by Wilson Hurley. Each, in three sections, is 18 feet tall.

Scenes depicted are Point Lobos, Monument Valley, the Sandia Mountains, the Grand Canyon and the Lower Falls of the Yellowstone. The view of Yellowstone is one most visitors to the park never see. Hurley climbed down into the canyon to get the angle he wanted. If you have very good eyes, you might see two tiny figures on the rocks at the top of the falls: the artist and his wife.

The last stop on any visit is a tour through the gift store. They have everything — from authentic Native American-made jewelry to books, cookware, clothing and, if you’re on a tight budget, post cards.

I’m embarrassed that it’s been so long since my previous visit to the museum. and I’ve promised myself I’ll go back soon just to enjoy the visit. The National Cowboy and Western Heritage Museum deserves undivided attention and lots of time to absorb all the wonders there.