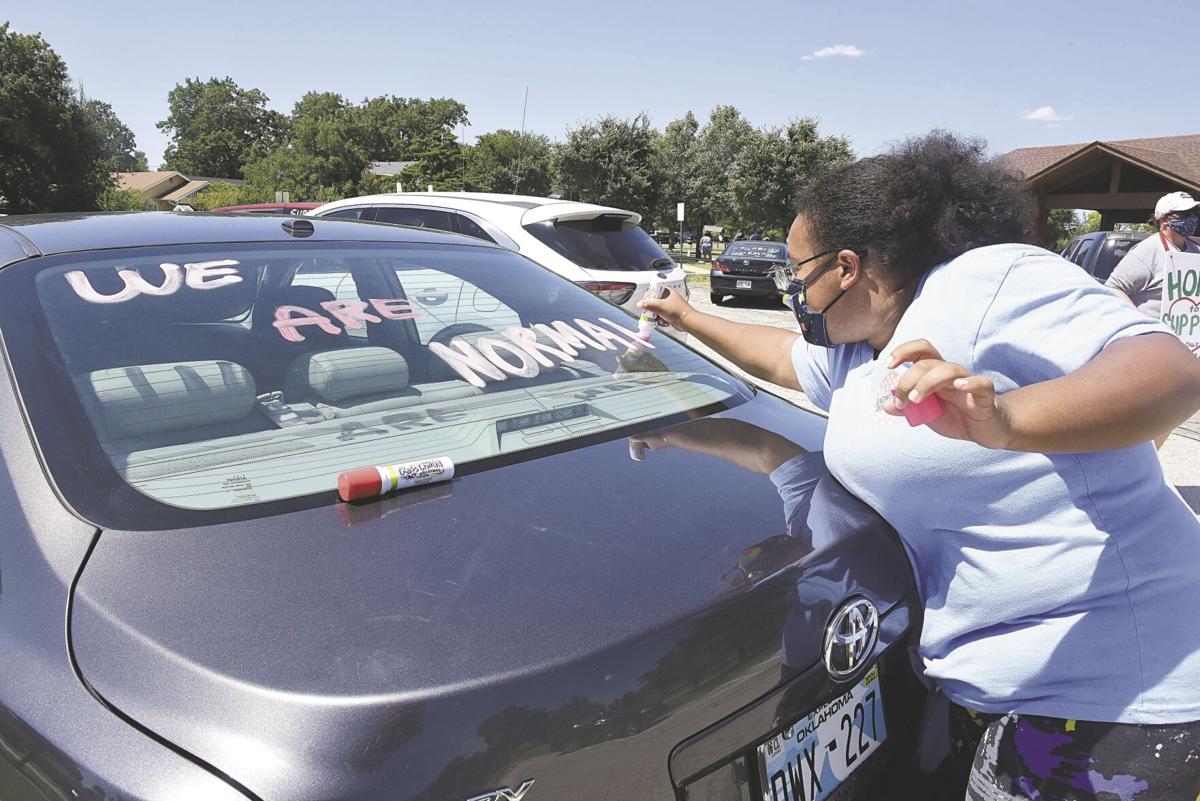 Sheridan Johnson writes a message on a friends car during a Lego Rally, Sunday, Aug. 9, 2020, at Andrews Park. 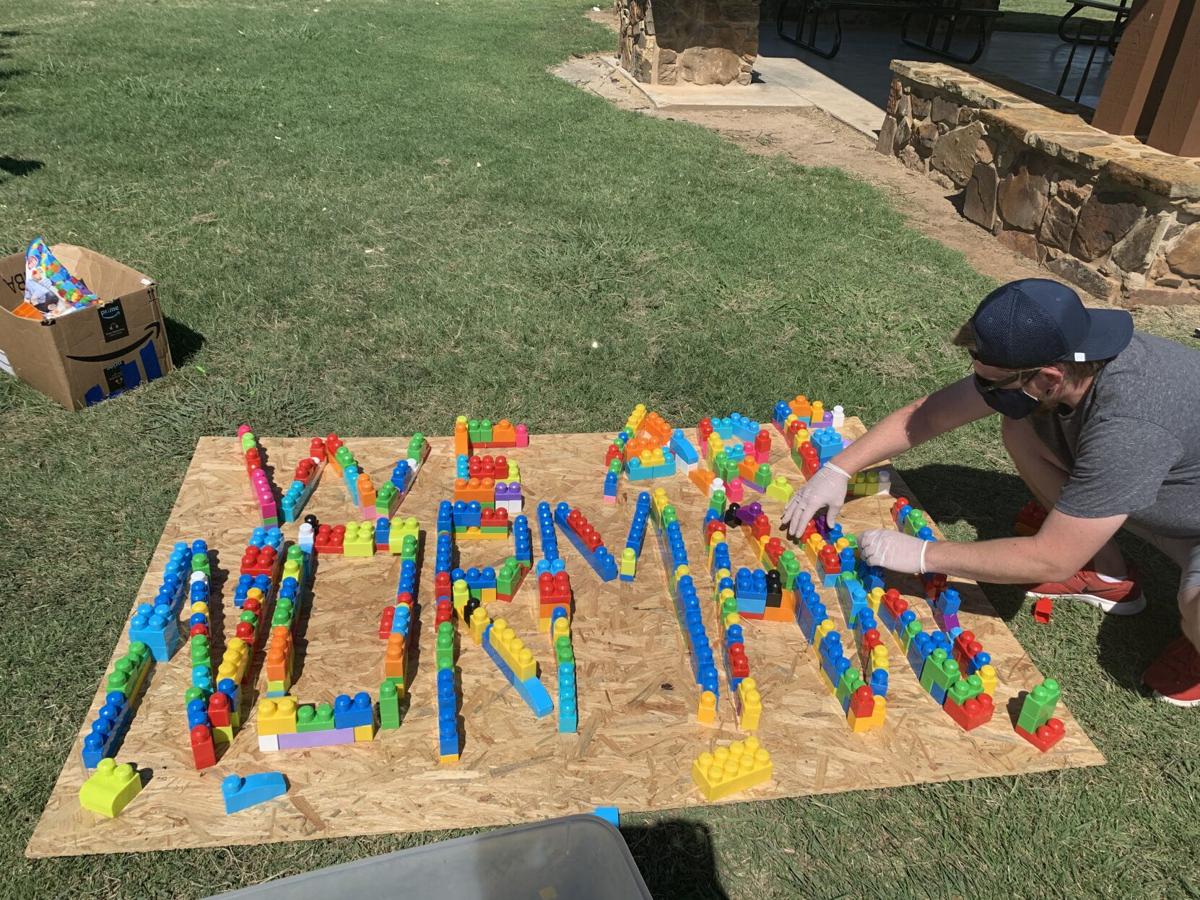 Johnney Jones creates a "We Are Norman" Lego sign at the rally Sunday at Andrews Park.

Sheridan Johnson writes a message on a friends car during a Lego Rally, Sunday, Aug. 9, 2020, at Andrews Park.

Johnney Jones creates a "We Are Norman" Lego sign at the rally Sunday at Andrews Park.

"We Are Norman" hosted a mobile rally in support of Norman Mayor Breea Clark and Norman City Council Sunday.

Supporters of city leadership began lining up around 2 p.m. at the west side of Andrews Park near the pavilion. Car windows had written messages in support of the city mask mandate and city leadership as well as ribbons and "We Are Norman" signs.

The parade of cars departed from the park just after 3 p.m., and began their route throughout the entire city, waving and occasionally honking at onlookers, before circling back to Andrews Park. Volunteers with the group collected Legos at the park and created a large "We Are Norman" message with them.

"There were around 50 people stretched out all through the park," said Marcie King, organizer of the event. "Only one member from 'Unite Norman' showed up, so we appreciate that they left us alone."

King said all of the Legos the group received will be donated to Mary Abbott Children's House here in Norman.

"We are just getting started, this is our first event, so if anyone wants to join us, they can look for the 'We Are Norman' page, and we will be having more activities along these lines supporting city leadership and opposing 'Unite Norman,'" she said.

Christen Thomas said the overall feeling created by participants was very positive and the objective of the event was achieved.

"It seemed like everyone here was coming together and had a goal of helping the community instead of going out and dividing the city, which is really what 'Unite Norman' is doing," Thomas said. "The biggest goal was to try to host a peaceful event, and we wanted to make this influence the community positively instead of misinforming others and lying."