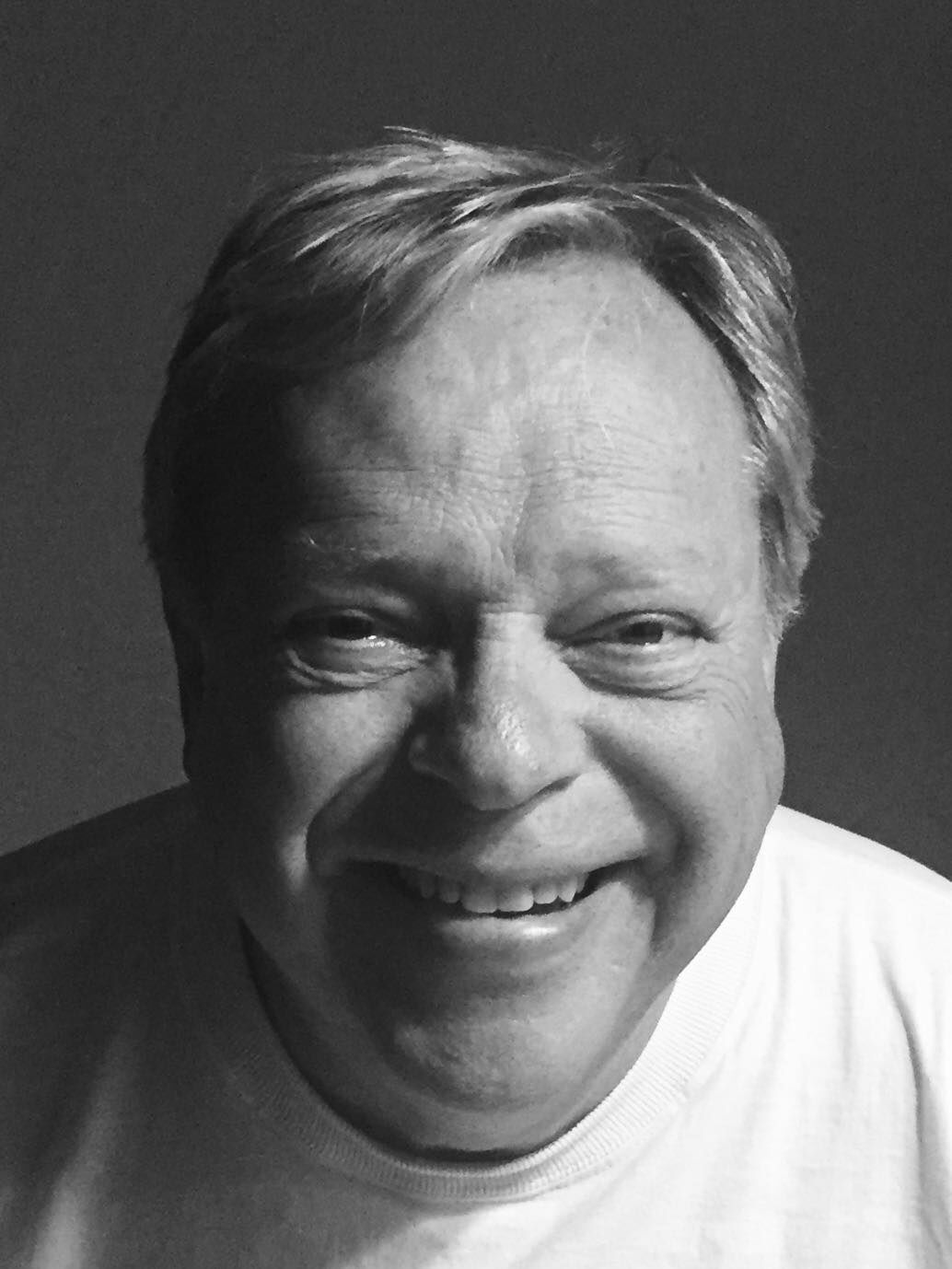 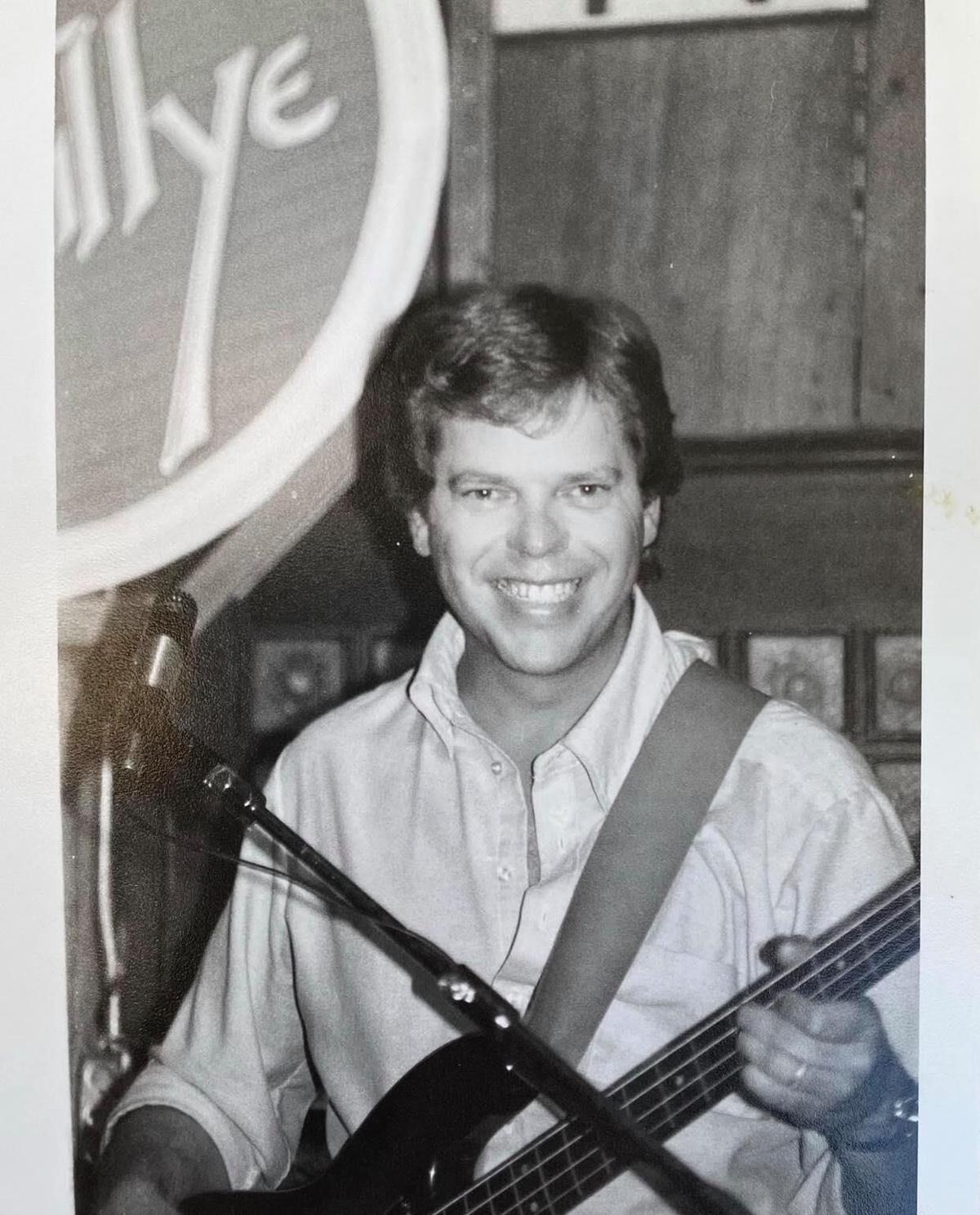 Larry was technically many things in his 70 years — a husband, a father, a musician, a business owner, an OU football fan. But above all, he was a sturdy presence in the lives of those who loved him, the one who cared for them in ways they didn’t even notice.

“Larry was the kind of guy who wanted to make sure that everyone was having the best time that they could, so Larry was the one making sure that the pool was taken care of, making sure everything else was in order so everyone else could have a great time, whether it was summers at the pool or just an evening with the grandbabies,” said McKenzie Fisher, Larry’s stepdaughter. “ … He was just the one that was in the background, just taking care of all the things that we honestly, until he passed, we didn’t even realize or maybe couldn’t even appreciate fully, that he was the one doing all of that.”

Larry Feuerborn — a natural on the bass guitar, a lover of music, a deeply loving and deeply loved husband, father, grandfather and friend — died of COVID-19 on Sept. 25, 2020 at 70, his family said. A regular on the Norman music scene and a lifelong resident of the city, Larry is one of 46 Norman residents who have died due to the pandemic.

A massive OU football fan who only ever missed three OU-Texas games, Larry grew up in Norman, built a circle of friends in Norman and played in many of the music venues in town. Decades in the city turned him into an expert on all the best ways to get around town.

“When you’d ride in the car with him, he’d take you on backroads you didn’t even know were there,” said Steve Hand, Larry’s nephew.

Life in Norman wasn’t always kind to Larry — as a child, he was bullied, his friends and family said. But Larry didn’t let the bullying harden or bitter him.

“He made a decision in his heart back when he was 7 or 8 years old that he would be a kind, gentle person, that he would never let anybody feel what he was feeling,” said Terrie Cavanaugh, a friend of Larry’s and wife to his best friend, Mike.

Larry adored Norman — he didn’t want to live anywhere else, said Robin Feuerborn, who met her husband 11 years ago while working at a local furniture store.

At the time, Robin, then single, had created a fake boyfriend she called “Larry” to convince her daughters “that I had another life.” Two weeks into her escapades with the fake Larry, Robin met the real one. The two celebrated their 10th wedding anniversary this summer.

”He was such a gentle soul — just so laid-back, and the way that he loved me was truly the real definition of unconditional love,” Robin said. “I don’t think he ever complained about anybody or anything, so to be around someone that was so content and loving was just, it was like the best life you could imagine.”

When they got married, Robin had four daughters. While not related by blood, Robin’s daughters became Larry’s daughters, and he became a genuine father to the four, said McKenzie Fisher, Robin’s youngest daughter. Larry was silly and funny with his family — he always had a dad joke at the ready — but more than that, he was so genuinely caring and loving, Fisher said.

“Everything that he did he did fully and wholly,” Fisher said. “He was technically my stepfather, but I thought of him as my real father, because he always wanted his own family, so he took care of me and my sisters and his grandkids so well.”

The people who loved Larry most said they’ll miss his presence, the ability to call him, to sit with him, to laugh with him, to hug him. Larry was ever generous, ever positive, a man who “never talked bad about anybody, even when he had good reason to,” his nephew said. His absence has left a hole in the lives of those close to him, a space once filled by someone who took care of everyone around him.

Larry’s care, steadiness and love extended beyond his immediate family, said Mike Cavanaugh, who met Larry in second grade. There was a lull in their friendship somewhere in the middle, but Larry and Cavanaugh’s relationship came back stronger than ever in the last 20 years.

When Cavanaugh’s daughter died 10 years ago, Larry was there, in person and by phone. He’d call on the anniversary of her death to check in on Cavanaugh and his wife, Terrie, Cavanaugh said. When Terrie had a knee replacement this year, Larry drove to Texas and back — a 300-plus-mile round trip — just to deliver a recumbent bike for Terrie’s rehabilitation.

Larry and Cavanaugh were best friends — they’d told each other as much shortly before Larry died, Cavanaugh said. The two vacationed together with their wives in St. Martin last year, forming memories Mike and Terrie Cavanaugh still laugh over today. When Terrie heard about Larry’s death, she “wailed,” mourning the loss in her husband’s life.

Larry worked in the HVAC industry for most of his career, owning his own business and working for various area companies. But his first and deepest passion was always music.

A natural on the bass guitar, Larry learned to play by ear, his friends and family said, and could pick out a bassline immediately in any song.

Larry started forming bands in his teenage years, and by his older years, had played in some of the more well-known bands in the area, including Harvey and the Wallbangers, The Turbans, Maya, The Curb Feelers, The Blue Cats and Smiling Vic & the Soul Monkeys.

Watching Larry play — whether at the Jazz Lab at the University of Central Oklahoma, the Riverwind Casino, Othello’s Italian Restaurant, or any of Larry’s local spots — was “really beautiful,” his daughter said.

“You could just tell that he loved every second, and that it was truly what he wanted to be doing,” Fisher said. “He never did it for recognition or getting big or anything like that — he just did it because he loved it, and loved bringing a crowd together. It was his everything, for sure.”

On Friday, Sept. 11, Larry started feeling fatigued and feverish, Robin said. The next day, Robin and her husband both tested positive for COVID-19. Two weeks from the day he became symptomatic, Larry died in his sleep.

“It was the most surreal thing … we were watching it on the news, we were hearing about the numbers, we were doing everything we were supposed to do, but we had not met one person that had COVID yet that we knew directly,” Robin said.

Larry’s condition was moderate at first — he was able to stay home for the first few days of his illness, but eventually had to be taken to the hospital. Even there, he and his family believed he would make it out. Larry died just before he was slated to come home from the hospital.“That disease, it took him so quick — we thought he was getting out,” Hand said.

“He was excited to leave the hospital on Sunday, and he was mad he couldn’t leave on Saturday. … I texted with him on Thursday and he was dead Friday morning. It just didn’t make sense.”

Because she was also positive for the virus and was quarantining, Robin couldn’t come inside when she dropped her husband off at the hospital, his symptoms worsening while she remained symptom-free. After 10 years of marriage, Robin and Larry’s last days together were spent via FaceTime.

Larry still had years of his life left, McKenzie said, decades left to spend with Robin and his family. McKenzie lost her biological father when she was 16, she said. She never expected she’d lose another dad.

“There’s so many memories that I had yet to create with him, like a big family vacation with all of my siblings and the grandkids … just a lot of things,” Fisher said. “I’m going to miss him for my mom — it’s so hard to leave her house knowing that he’s not there. I’m just going to miss having a dad, honestly … it’s just a really hard loss, because you think that you’re going to lose one dad in your life, and it’s so unfortunate that he died of COVID as young as he was.”

The Feuerborn family did everything right — they took COVID seriously and took precautions, they said. Now, it’s hard for Fisher to watch the news or see the numbers. She’s just thinking of her dad.

“I obviously, in taking it so seriously, knew it was all real, but it literally doesn’t hit you until it happens to your family,” Fisher said. “I think we’re all still in such disbelief, and it’s so hard to cope because there’s so many people out there that. … I have to stay off the news because so many people aren’t taking this seriously, as if it hasn’t taken over 200,000 people from their families and their loved ones so unexpectedly. … I always just pictured him and my mom having 20, 25 really great more years, and it was just completely cut short because of how all this has been handled.”

Editor’s note: This story continues an ongoing series highlighting the lives of Norman residents lost to COVID-19 this year. If you are interested in sharing about your loved one or friend who has died in connection with COVID-19, contact Emma Keith at ekeith@normantranscript.com or via the form below.