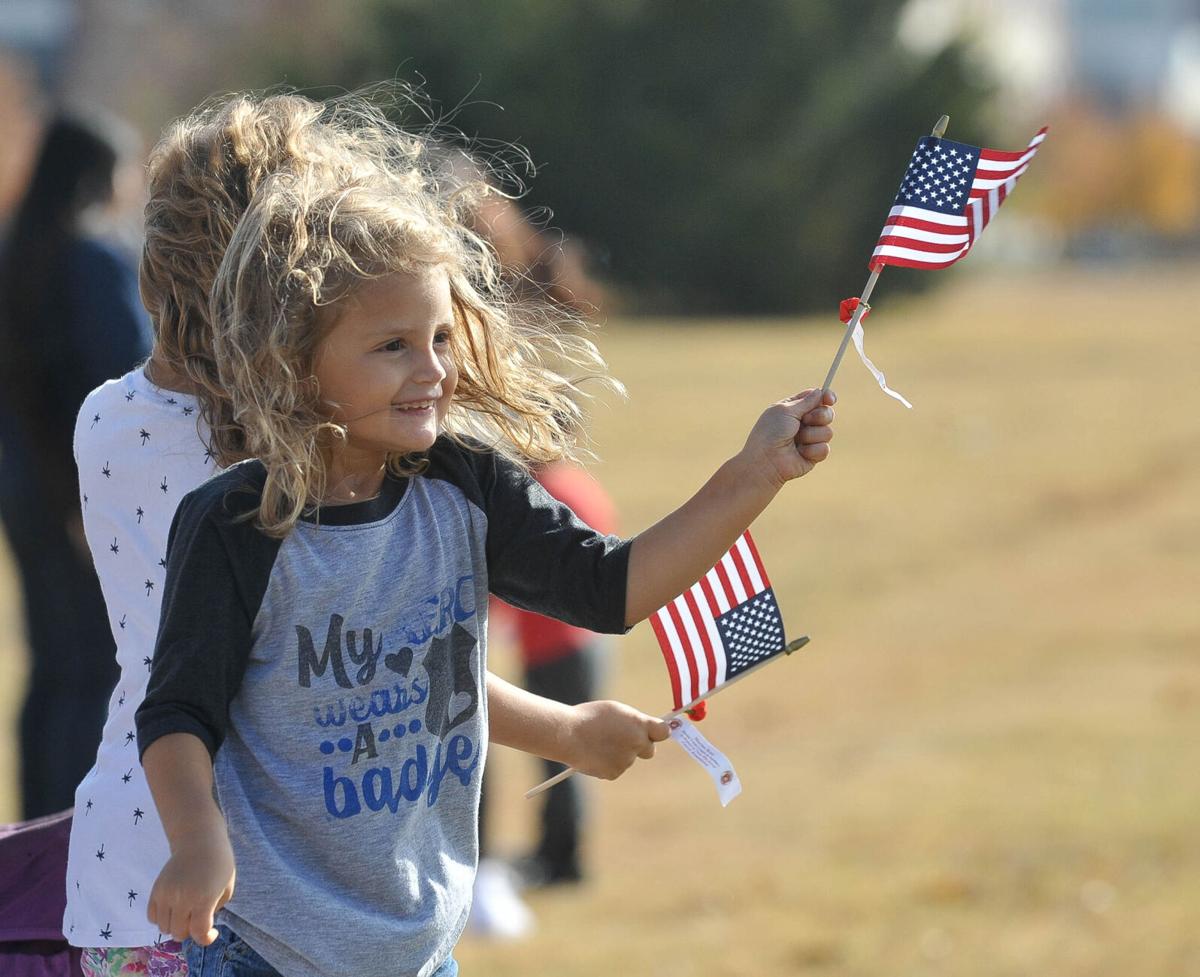 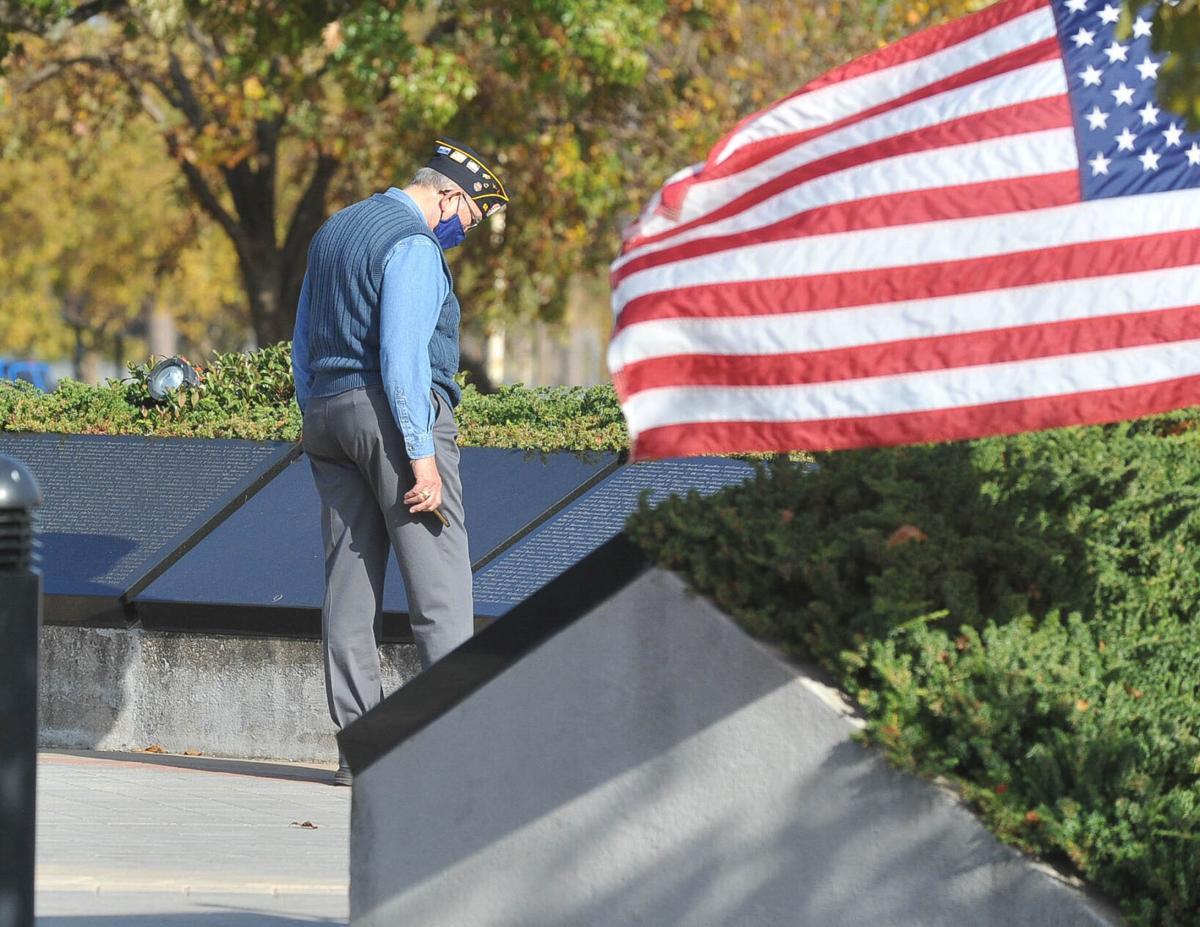 A veteran looks for a name on teh Cleveland County Veterans Memorial, Sunday, Nov. 8, 2020, during the Norman Veterans Day parade. (Kyle Phillips / The Transcript) 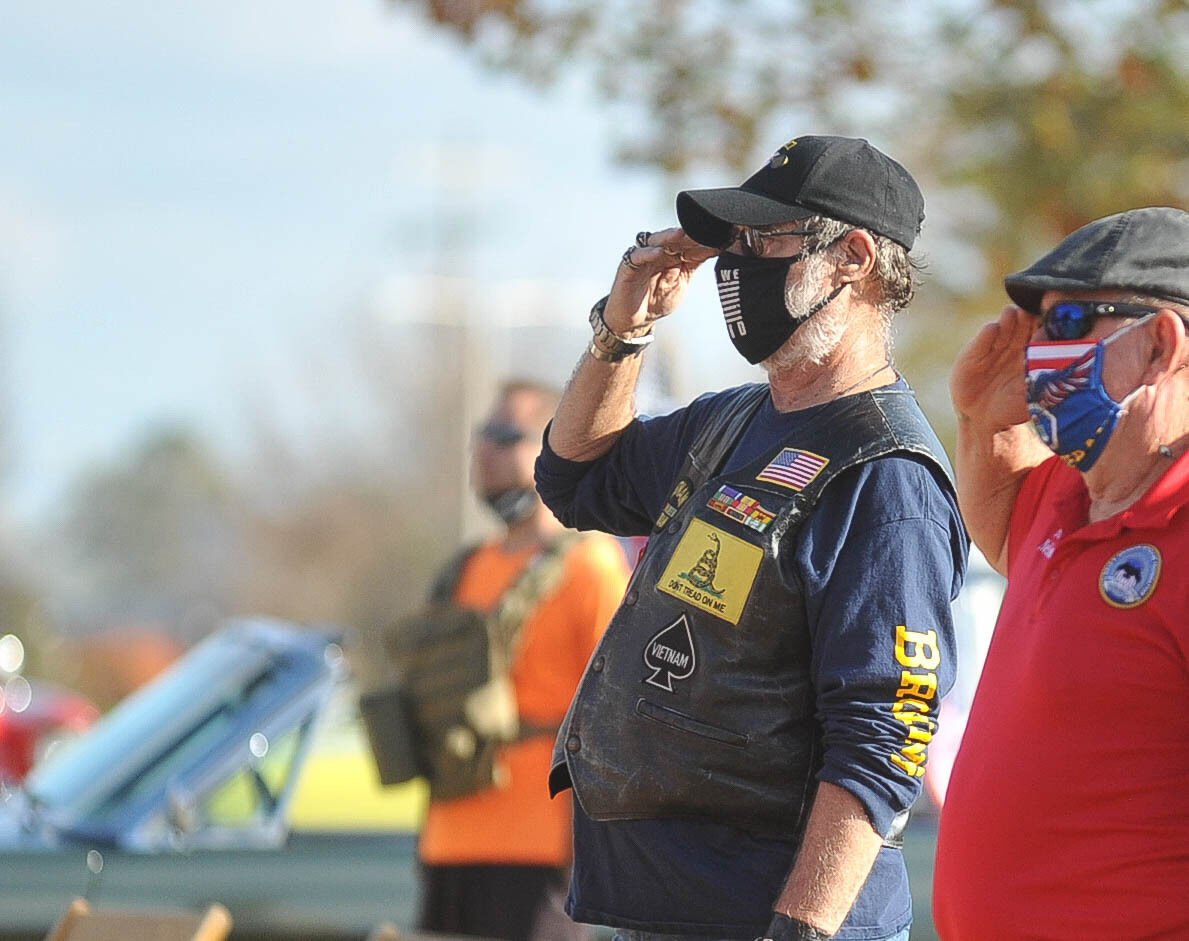 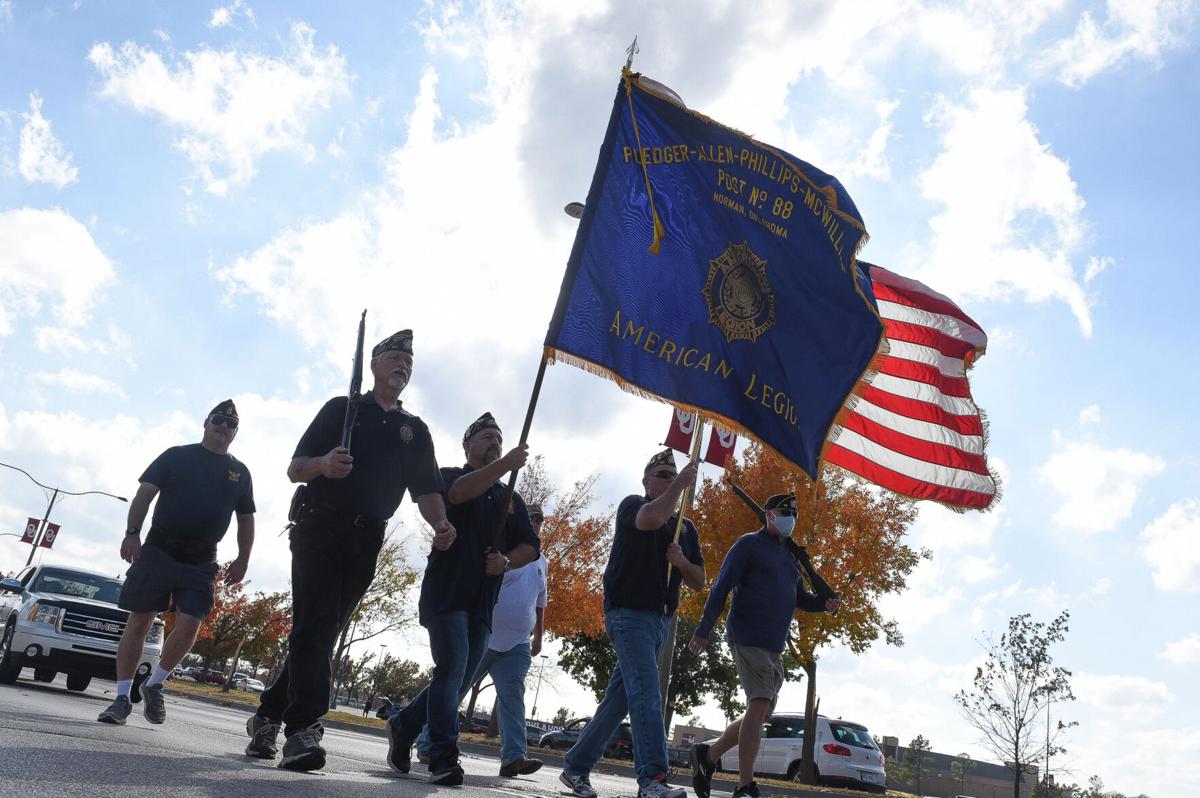 A veteran looks for a name on teh Cleveland County Veterans Memorial, Sunday, Nov. 8, 2020, during the Norman Veterans Day parade. (Kyle Phillips / The Transcript)

This year’s Veterans Day Parade and Memorial Ceremony will honor those who have served in the United States Armed Forces with tributes to troops both on land and in the sky.

The Veterans Day Parade committee invites the Norman community to honor veterans and commemorate Armistice Day Sunday at their 13th annual parade and ceremony. The parade begins at 2 p.m. at the University of Oklahoma Stephenson Research Center parking lot and travels northbound on Jenkins Avenue to the Veterans Memorial at Reaves Park, 2501 S. Jenkins Ave., where the ceremony will follow.

Parade attendees can expect some of the same favorites as past years, such as a line-up of classic cars, Marine Corps Color Guard, music from a local high school marching band and an up close look at a Black Hawk helicopter, culminating into a flyover from local pilots and a ceremony for veterans at Reaves Park.

Gallagher said a presentation of flags and the National Anthem at the ceremony in Reaves Park will precede a flyover by Norman resident Dr. Tom Whalen in the cockpit of a T-6 Texan, a World War II trainer airplane. Jets will follow around 30 seconds behind with their own flyover and missing man formation as a tribute to lost pilots.

The flyovers are timed for the end of the National Anthem to be performed by acoustic duo Michael Dalby and his wife Lela.

Taps and a bagpipe performance of Amazing Grace are planned as a tribute to the 13 Norman veterans who lost their lives in Afghanistan. Pictures of the fallen will sit on 13 chairs facing the crowd.

“When the weather’s not good, the flyover can’t happen, so we’re hoping for good weather because we want the best possible ceremony we can do, and we’ve been very fortunate with that most years,” Gallagher said. “It’s going to be a great ceremony.”

An Army National Guard Black Hawk helicopter will also be on display at the park.

Veteran speakers at the ceremony in the park include WIlliam Huntington, who spent the majority of his career in the Oklahoma Army National Guard, Air Force Brigadier General Ben Robinson, who held a command pilot rating with nearly 5,000 flying hours, and Air Force Lieutenant Colonel Stephen Reagan.

Mayor Breea Clark will ride in one of the club’s 20 cars planned for the parade. Gallagher said the cars in the parade are driven by veterans.

“We’ll have everything from a 1914 Cadillac owned by Ron Blissit to a 2021 Corvette,” said club member and veteran Terry O’Dea.

Gallagher said the Norman Police Department will block traffic for the parade.

O’Dea said Sonic on Lindsey Street is supplying 100 burritos and Rock Star Roofing of Purcell is providing 10 pizzas for the event. Hot chocolate will be provided by Beanstalk Coffee & Sno.