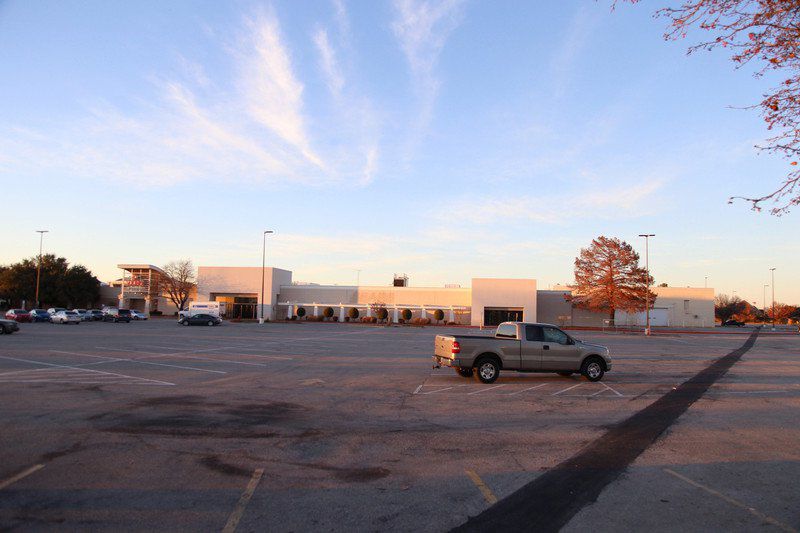 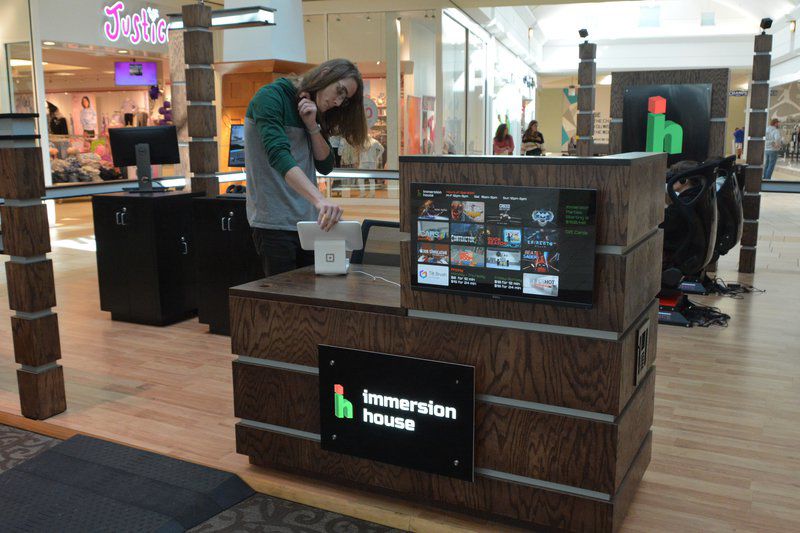 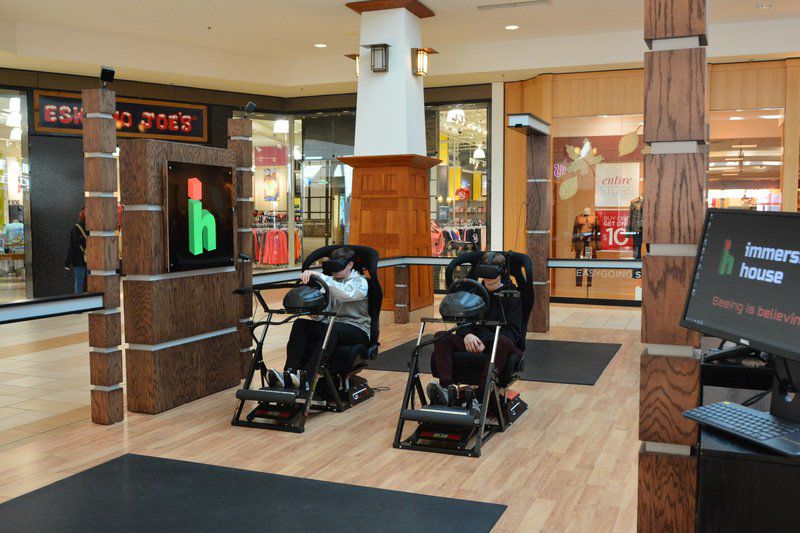 Two teenagers race each other on virtual reality racers at Immersion House in the Sooner Mall.

Two teenagers race each other on virtual reality racers at Immersion House in the Sooner Mall.

Hayden Head sits behind the custom-made wooden counter of Immersion House in the Sooner Mall six days a week. He spends most of his time trying to attract potential customers to the arcade, and the rest waiting for anyone to come in at all.

The mall doesn't get as much foot traffic as it used to. In fact, in the so-called "retail apocalypse," more than 9,100 retail stores are set to close this year. It is causing major problems not only for the malls but also for local businesses operating kiosks and restaurants that counted on that foot traffic to generate sales.

Malls, once the go-to place for teenagers, are now spurned by that group as they find other sources of entertainment.

"The mall has days of being virtually empty," said Head, an Immersion House employee, speaking about the Norman mall. "Malls are not attractive to a younger audience anymore."

Immersion House is located east end of Sooner Mall near the now-closed Sears anchor store, which once helped drive foot traffic. These days, acres of mostly-empty parking lots surround the east end of the 512,000-square-foot mall.

Sears was one of three anchors for the mall. The remaining two are Dillard's Department Store, based in Little Rock, Arkansas, and the financially-struggling Plano, Texas-based JC Penney Co. which has launched another remodeling program and in November reported a $93 million third quarter loss.

The issues facing brick and mortar retailers are being caused by a sharp increase in online retail as internet-based stores such as Amazon continue to grow.

Quarterly results at online retailers tell the story. Third-quarter sales at Amazon rose 24% to $70 billion compared to the year-earlier period.

"Retail has transformed itself. In the last 10 years, online sales have seen a huge surge," said Scott Martin, president of the Norman Chamber of Commerce. "Our local brick and mortar stores are having to pivot."

Sooner Mall isn't the first to feel the stress. The now-closed Crossroads Mall in Oklahoma City served as a warning of what was on the horizon when Dillard's closed its department store there in 2008. Tulsa's Eastgate Mall, which began a conversion into an office complex 13 years ago, is another example of the retail industry's struggles.

Malls have a lot of potential to pivot and evolve, because they have more space to work with. Anchor stores that go out of business leave behind large spaces that can be converted to fitness centers or art galleries. Another way malls can revitalize themselves comes in the form of location-based entertainment, something Immersion House offers through VR, or virtual reality, gaming sessions.

Immersion House is a VR arcade that hosts four stations with a variety of games, from 3D drawing in Tilt Brush to realistic racing in Project Cars 2. Customers can choose 12- or 24-minute sessions. When kids want to play, parents can drop them off and shop around while their children are occupied.

"The malls that are surviving are very much engaged in that model of food, retail, and especially entertainment," said Ryan Battles, a co-owner of Immersion House.

"Malls that are thriving are shifting more towards entertainment, or other options like fitness centers."

The original plan for Immersion House was to have a brick and mortar location, but VR headsets were very new in 2016 when they opened. They turned to the mall, thinking it was a good, cheap way to prove their concept, gain visibility and provide the mall with extra traffic as well. Working with the property managers of Sooner Mall, however, has proved to be difficult.

"Working with malls is like...You know how people talk about dealing with car salespeople? That's what it's like," said Tarek Dina, the other co-owner of Immersion House. Not only did they pay way too much for their lease, he said, but management isn't focused on the success of individual businesses.

Places like Immersion House offer ways to help the mall pivot, Battles said, but the mall has to be willing to work with them.

"Malls were already struggling across the nation, so they should have been looking for solutions like us, concepts like us, to help expand their traffic," Battles said. "It should have been a time for a great opportunity, but instead they tried to take us for everything they could."

Gaylord News is a reporting project of the Gaylord College of Journalism and Mass Communication at the University of Oklahoma.