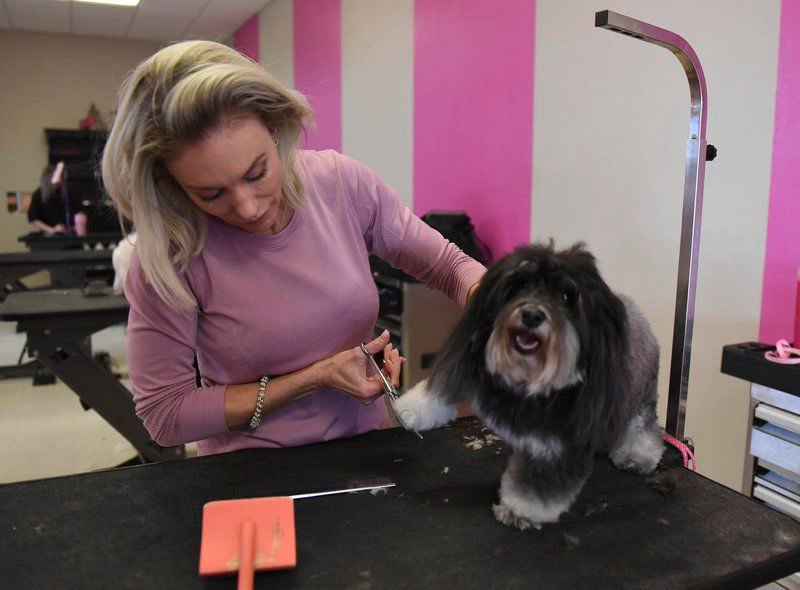 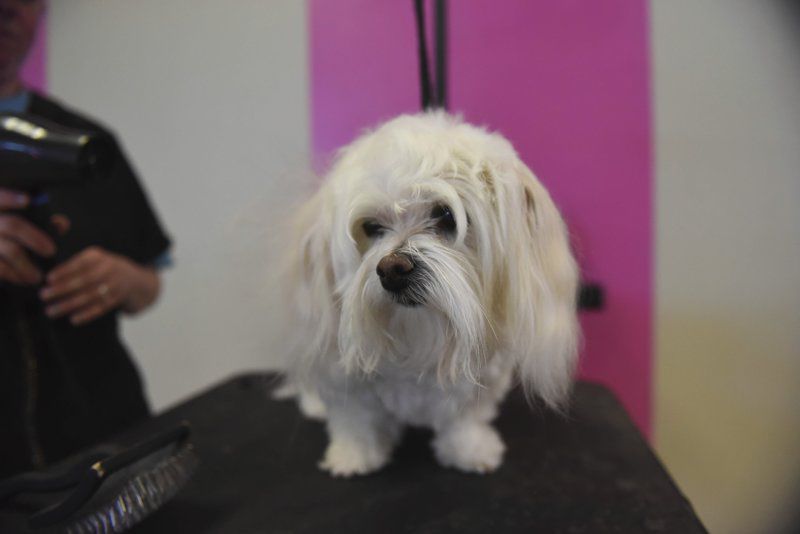 A dog gets his hair dried at Bark on Main Thursday. 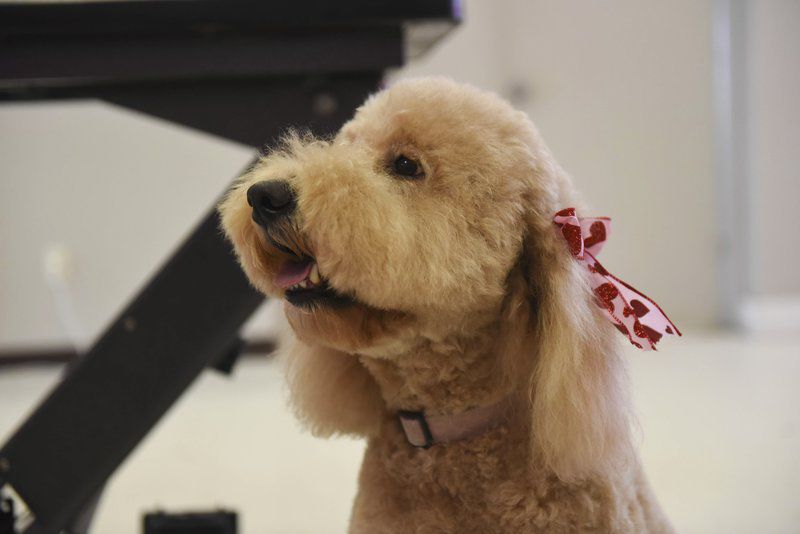 A Doodle shows off her haircut at Bark on Main Thursday.

A dog gets his hair dried at Bark on Main Thursday.

A Doodle shows off her haircut at Bark on Main Thursday.

Pets are making the transition from furry four-legged friends into essential members of the family, according to new data from the U.S. Census Bureau.

In a report released earlier this month, the Census Bureau reported that spending nationally on pet-care services doubled from 2007-17 to a total of nearly $6 billion dollars, and pet care service businesses increased by more than 60% during that time. The Census Bureau defined the pet care service industry as any business that offers services such as grooming, boarding, training and pet sitting.

With dozens of pet care businesses in Norman, local pet owners have a lot of options when it comes to their four-legged family members. Most businesses in town offer a variety of services, including grooming, pet-sitting and veterinary services.

Many local business owners aren't surprised that spending on pets has increased significantly in recent years. Charles Pomeroy, who owns Pawtopia with his wife Cassie on 360 24th Ave, said one reason could be the increased role that families have given their pets. Pawtopia sells items such as dog and cat food, treat, supplements and toys.

"People are more in tune to their pets then they used to be," Pomeroy said. "They live inside more often and are considered part of the family. It's not the same if you have a dog living in the backyard, so people are willing to spend a little bit more than they used to. And I think people are more invested in taking care of their pets because it saves them from having to take them to the vet as often."

The generational demographics of pet owners has changed in recent years, too. Millennials, defined as people born between 1981-1996, now own more pets than any other generation, with Generation Z not far behind, according to a recent article in Forbes.com.

Dr. Beverly Fritzer, veterinarian at Rose Rock Veterinary Hospital and Pet Resort on 400 24th Ave., said she believes this could be a huge factor in the increased spending.

"Different generations have different views on interacting and taking care of their pets," Fritzer said. "Millennials were already making the transition on pet care and growing up more with pets in their household, and I think Generation Z is experiencing that, too. They want to take good care of their pets."

Erika Puckett, owner of Bark On Main pet salon on 2459 W. Main St., said she believes society's changing views on dog ownership contributes to the change, and she has also noticed the increase in spending in Norman.

"In the six years I've been in business, each year [the spending] has doubled," Puckett said. "People's lifestyles are different, too. People are holding off on having kids, so their puppies are their kids. There are more pet-friendly things now, and that's allowed us to incorporate them in our lives even more."

With the increase in spending, businesses are looking for more ways to appeal to pet owners, and one way is looking for services that can save time for pet owners. The Census Bureau reports that the increased spending "is evidence of the growing need for time-saving pet care services."

Local businesses are aware of the need to offer fast services for pet-owners. Pomeroy has recently began offering a self-service pet wash for Pawtopia customers, where pet owners are given the professional tools they need to wash their pets, such as shampoo and grooming products, and then pet-owners have the freedom to wash their dogs at their own pace.

Pomeroy said the service has become popular because of the time-saving appeal it offers pet owners.

Puckett said she knew people have always been hesitant about leaving their pets all day or overnight at a pet care business, which influenced her decisions when she stated her business.

"People don't want to leave their pets all day," Puckett said. "That's why we go by appointments so you can just bring them in, we can get started and then done in a couple of hours. When I started in the beginning, so many people would complain about having to leave their dogs all day so that's why I started out doing appointments. So even though for the business it's not the most convenient situation, people want that and it's understandable."

While spending on pets has increased dramatically in recent years, the question for local businesses is whether or not the trend will continue. Fritzer believes spending will continue because of the increase in services that are available to pet owners, which is leading to longer average life expectancy for pets.

"We have so much technology available than we used to, and it's evolving," Fritzer said. "Regular practitioners have more tools for advanced diagnostics and other ways for people to take care of their pets. Pets are living longer now, so people see the benefit of investing to keep their pets healthy, and that leads to more bonding and emotional attachment to their pets."

"We rely on them more emotionally now," Puckett said. "When I was a kid, we would have a dog outside. Now, if you have a dog outside it's kind of different. Most people see them as a family members. So I think it will continue."