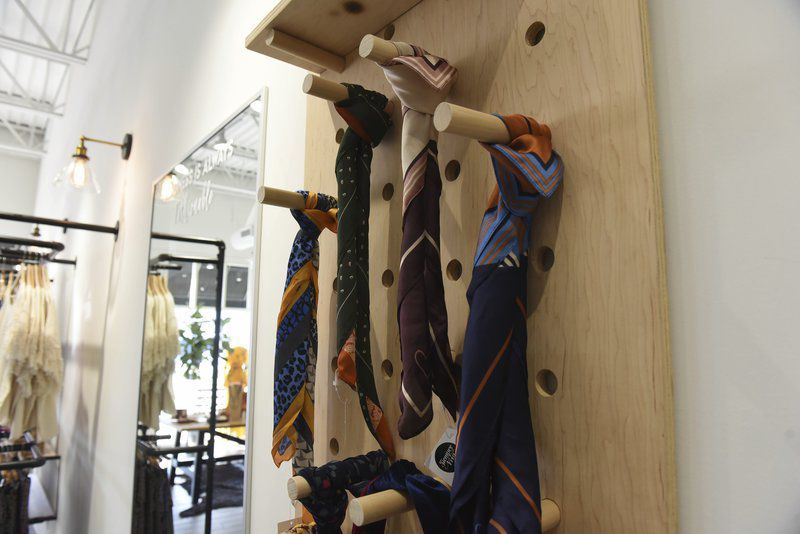 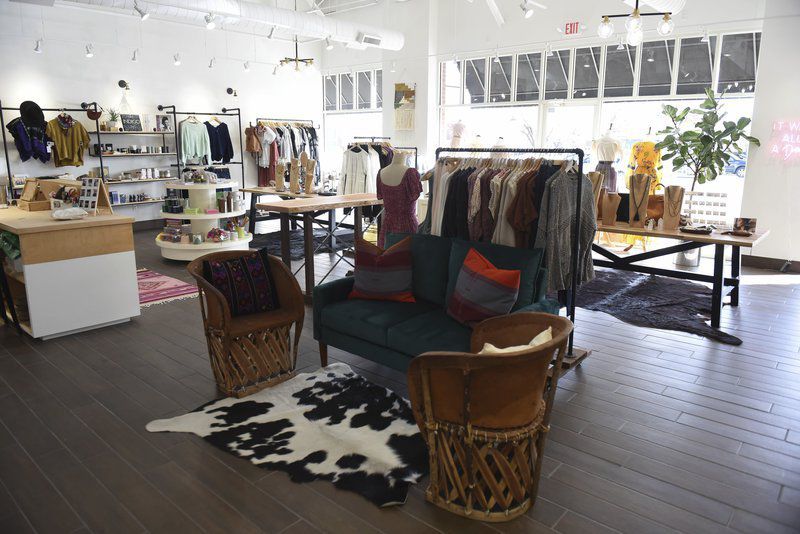 A clothing, apparel, home, gift and beauty store that strives to give back and empower women is now open in Norman.

Siempre Viva, 3770 W. Robinson St., Suite 102, had a grand opening party from 6 to 9 p.m. Saturday at the former City Bites location in Brookhaven Village. The event included a deejay from New York City, giveaways from female-owned companies in Norman and the Oklahoma City area and food, according to owner Sally January.

January, of Norman, said she opened her first store three years ago in Oklahoma City after she won free rent in a contest and opened stores in Colorado last May and November. The Oklahoma City location closed in October, because the Norman site is now the company's flagship store and new headquarters.

January said the store originally was supposed to open Oct. 1, but she didn't get the keys until Jan. 31, due to a four-month delay involving city permits.

"It was a really tough time for us, so we cannot wait to be open on Saturday," January said Wednesday, adding that the decision to move the headquarters to Norman removed the need to commute to work.

January was born and raised in Norman and graduated from Norman High School. She said she has been in Norman off and on since birth, but moved back five years ago.

Before she opened her first store, January said she worked as a Spanish-English as a Second Language teacher for 10 years, including at a school in Oklahoma City and OU. During her tenure at OU, she began her business and eventually stopped teaching.

"I wanted to start a company that gave back to a place that gave a lot to me," she said about Siempre Viva, which means "succulent" but directly translates as "always alive."

About five years ago, January said she designed her first skirt in collaboration with an indigenous woman in Mexico who became her seamstress. She now has about 40 employees and a lifestyle wholesale line, where boutiques nationwide can buy her products.

"So when I opened my store, it was exclusively products made by women in Mexico, and since we've evolved significantly, everything else that we sell either empowers someone else or gives back in some way," she said, adding that only about 20% of the store is made from women in Mexico. The other 80% is from the 100-plus lines that she offers in her store.

January said her business helps provide sustainable employment to women in Mexico, and other products she chooses to sell give back in some way, maybe by donating a proceed of their profits to nonprofit causes or using sustainable materials.

"We just don't buy from a company unless they make good choices. So if it's just like a normal clothing company that produces in China, we just walk right by them. We don't buy from them unless they choose to create good in some way," she said.

January believes "good business comes to those who make good choices, and if you stick to that, usually the outcome is always positive."

In her first two years of business, January said she traveled to Mexico about 20 times a year. Now, updated technology allows her to talk with artisans via smartphone, so she only travels there two to three times a year, bringing her now 6-year-old twin boys in tow.

January said she investigates companies that offer products for Siempre Viva to sell to make sure that company meets her buying principles, which include having safe working conditions, fair wages for employees and respecting the environment.

"We're always looking for as ethical as we can find," she said, adding that she wants to be a role model for her children.

"I always said if I died tomorrow, I want my kids to remember me for the impact that I've made on my business. I don't want to waver from my business ethic, and I think that good business comes to those who are true to themselves," she said. "So, I ultimately want to show that example to my kids and also that you can do anything you want to, because I came up with a crazy idea ... and now here I am employing close to 40 women on staff between the two countries (U.S. and Mexico)."

January said she travels to Mexico and Colorado with her sons, so they get to experience a unique lifestyle.

Currently, January has been attending trade shows to buy products for their spring, summer and fall lines this year. She said what started as a side hobby grew over time into a full-fledged business.

January said she opened stores in Colorado in a ski village area because the retail environment in Oklahoma is tough. She even considered closing out her Oklahoma location altogether, but the owner of Brookhaven Village in Norman approached her about opening a store there that were similar to her Colorado stores and offered higher-end merchandise.

"So he worked with me and built us a brand new space," she said, including taking the old City Bites location all the way down to the studs and rebuilding it into Siempre Viva. "So that is what convinced me to keep my offices in Oklahoma."

January said Siempre Viva offers a large, all-natural self care section that includes beauty products and books about helpful living and having beauty from the inside out. Siempre Viva also has online sales via siemprevivaclothing.com. Last year, Siempre Viva sold merchandise to 20 Nordstrom stores.

January said, including her, the Norman store has four employees and received a lot of employee applications.

"I think it's really exciting to come back to where this all started and that so many of the products come from where our sister city is," she said.