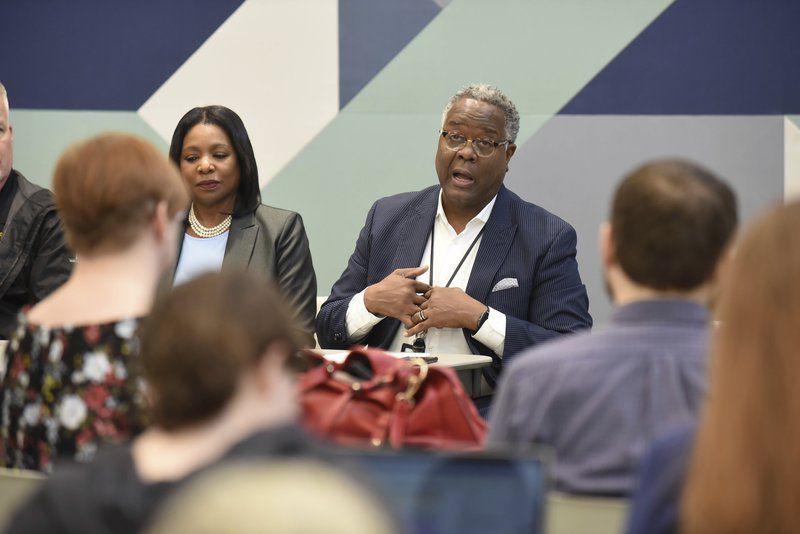 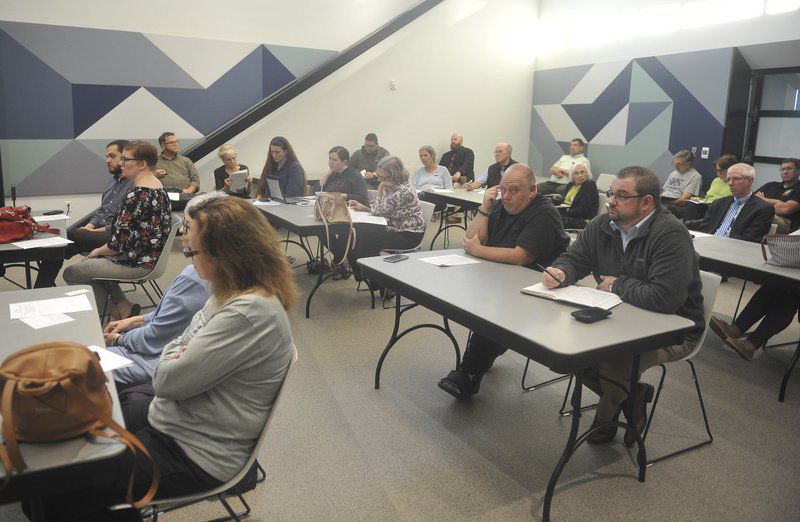 Norman residents listen to speakers during the Norman Citizens Advisory Board: Community Listening Session on Wednesday at the Norman Public Library East.

Norman residents listen to speakers during the Norman Citizens Advisory Board: Community Listening Session on Wednesday at the Norman Public Library East.

NORMAN — Norman will soon have its first citizens advisory board.

Representatives from the Norman Police Department, U.S. Department of Justice and the Norman community came together Wednesday at the Norman Public Library East to discuss how accountability and transparency within the police department can be accomplished.

"The community listening session for the NCAB was really successful, in my opinion," University of Oklahoma student Madison Lovell said.

Lovell said there is a good foundation to build on following the discussion.

"We had positive feedback from the people who attended but also good criticisms to improve the policy, which was exactly the point," she said. "Moving forward, Norman Citizens for Racial Justice will continue to work those criticisms into policy with Norman PD."

"I felt it was very positive and insightful," he said. "How we can make the police department and the city better is what this advisory board is all about."

The group's meetings are closed to the public to laws regarding personnel and employment. Still, some residents believe a public agenda is needed that details what is being discussed during meetings. Others expressed concerns about the role background checks play in the application process to become a board member.

"I feel like if this is all about promoting transparency, there should be an agenda," one attendee said.

According to to the organization's constitution and bylaws, anyone who applies to be on the board is subject to a background check. Additionally, they cannot be "convicted or have received a deferred sentence for a felony crime."

Some audience members said the policy removes input from some who "happened to have negative experiences with police."

Humphrey said the first consideration will be the type of crime. He said violent crimes will likely disqualify a person from selection, but decisions will be made on a case-by-case basis.

When the listening session was all said and done, it seemed everyone was eager to officially implement the advisory board.

"It is thrilling to see this all coming together," an audience member said.

When he became chief in 2011, Humphrey said he had looked into establishing a group like the NCAB but was about getting it right, and getting it right the first time. He said the new board has been in the works for about a year-and-a-half.

The next step moving forward will be another listening session; then it will go into implementation, Lovell said.

In the meantime, NPD will look to continue its community engagement with Norman's annual National Night Out on Tuesday. From 5:30 to 8:30 p.m., Norman police officers, Norman SWAT, bike patrols, firefighters and city officials will make their way throughout the city to promote police-community partnerships and neighborhood camaraderie.

Normanites who wish to host an event in conjunction with Norman's National Night Out can contact Sgt. Jeffrey Casillas at 366-5267 or by email at Jeffrey.Casillas@NormanOK.gov.