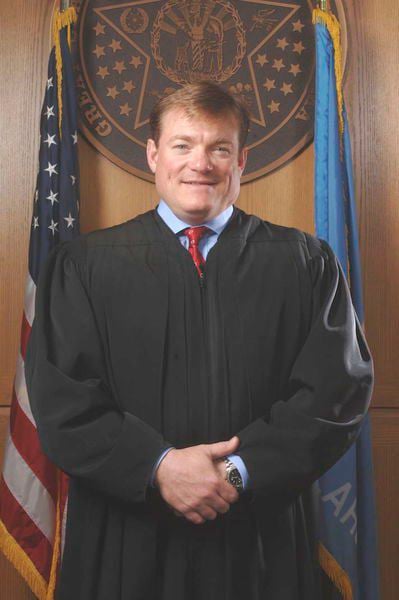 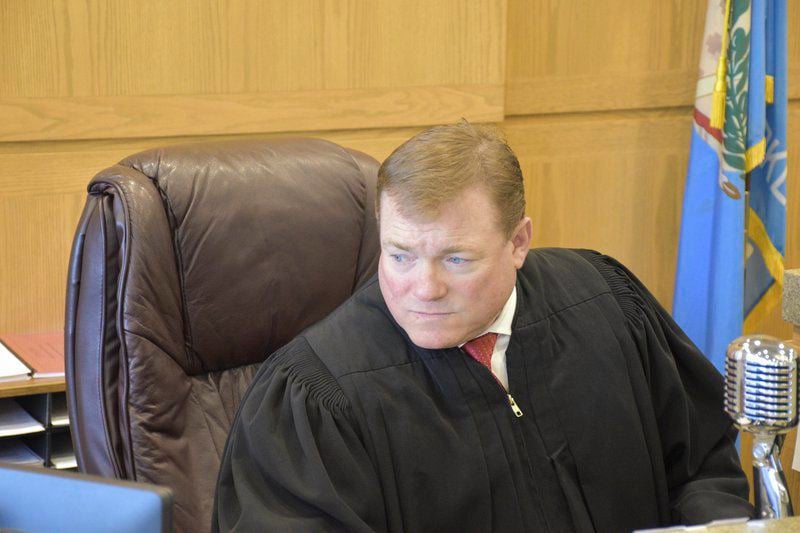 Cleveland County Special Judge Steve Stice is retiring at the end of July and returning to private practice at a Norman law firm.

Cleveland County Special Judge Steve Stice is retiring at the end of July and returning to private practice at a Norman law firm.

A Cleveland County District Court special judge will retire at the end of the month and plans to return to private practice.

Judge Steve Stice, who has served on the bench for a decade, said his decision to retire wasn't an easy one.

Stice said he has enjoyed listening to cases and “doing what was right under the applicable law,” and especially presiding over juvenile dockets.

“To me, there is no more important role in the court system than trying to help a child," Stice said. "Whether it be a child who has been abused and put in DHS custody, or a young person who has made a mistake and committed some crime, helping children has been the most frustrating yet rewarding part of my time on the bench.”

He described the courthouse and its employees as his second family.

Leanna Smoot, who has been Stice's bailiff for four years, said Stice is funny, witty, even-tempered, giving and caring, with a “work ethic like no one I've every seen.”

She said Stice has always shown integrity, fairness and honesty and is good at making the people who come through the courthouse feel at ease.

“He is definitely a judge of the people. I'm proud of him for going back out to practice and hope he does well,” Smoot said. “He will be sorely missed here on the bench. It's going to be a sad day.”

Stice, who graduated from Norman High School in 1987, earned a Bachelor of Science in political science from Oklahoma State University in 1991 and a juris doctorate from the University of Oklahoma in 1996. He left private practice to take the bench on July 1, 2010.

He said he has enjoyed being a judge and doing his best to serve those who came before him.

Stice said he hopes that he made decisions that helped victims heal and kept others from heading down a wrong path. He said he tried to treat people with respect and compassion and mete out equal justice.

He said he won’t miss the unprofessionalism that has developed due to political polarization. It has bled over into the legal community.

“Too often, I have seen attorneys attack each other personally, which is unprofessional and, in my view, unethical," Stice said. "…Whether an attorney has been appointed to a case or was privately retained by the client, I expect the attorney to do their job to the best of his (or) her ability, as well as not take cases they are not qualified or experienced enough to take.”

He also won't miss the rigors of demanding caseloads and scheduling.

Stice said COVID-19's impact on the court system and community caused him to reflect upon his future in the legal profession. After talking with his family, he realized he missed being an attorney and accepted a partnership at Talley, Turner, Stice and Bertman law firm in Norman.

“I look forward to the new challenges of returning to the courtroom as a trial lawyer again and helping our clients through extremely difficult times in their lives,” he said.

District Judge Lori Walkley, who has worked with Stice since 2003 when he was a criminal defense attorney and a contractor for the Oklahoma Indigent Defense System, said Stice works with her every day as her magistrate, in addition to his other duties.

She said Stice has always made her think.

“Whether it is a question of procedure, fairness, administration or the law, Judge Stice is always poking and prodding to come up with the best answer. He’s been an excellent sounding board for me,” she said.

She also said Stice has “excellent vision to see past excuses and spurious arguments when cutting to the heart of legal and factual issues.”

Walkley described Stice as a “dragon slayer of sorts over the years,” because he revamped several dockets to increase efficiency, worked to end the practice of some Cleveland County arrestees being detained in Oklahoma County jail and started a juvenile drug court program.

“He is a loyal friend who has always had my back. It’s been my honor to serve with him,” she said.

District Judge Thad Balkman, first met Stice in November 2013 when they both applied for his current district judge position.

Balkman said he has been working with Stice to implement a pilot program that would send notifications to pro se and indigent criminal defendants to remind them of upcoming court appearances to help reduce the rate of defendants who fail to appear.

Balkman said Stice is a tireless advocate for justice who keeps “constant vigilance of the jail roster” to make sure inmates aren't kept in jail in violation of their civil rights.

Tupper said Stice has an incredible legal intellect and commands the respect of the bench and the bar association on legal matters.

“It’s been a huge honor serving on the bench with Judge Stice. He has left a huge void in our judiciary, and he will be missed dearly,” he said. “I look forward to seeing Stice resume his zealous advocacy for clients in private practice.”

In the interim, all judges in Cleveland County will absorb a portion of the dockets left by Stice's retirement until the position is filled.