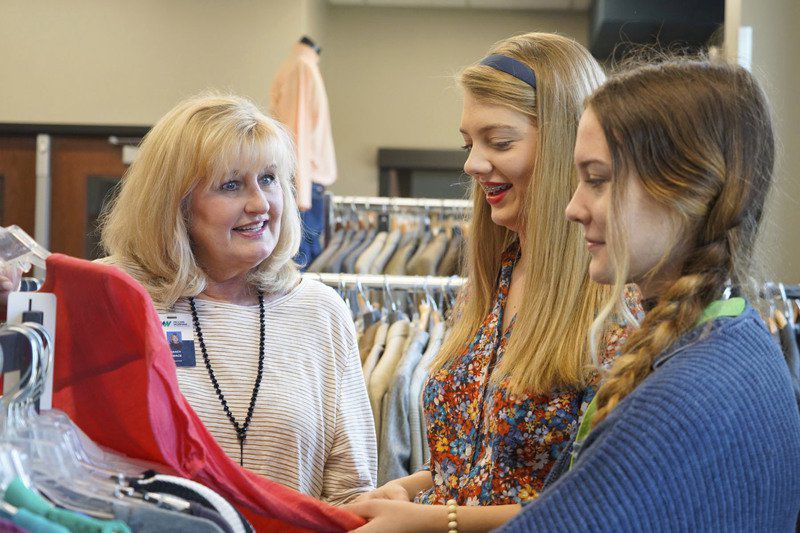 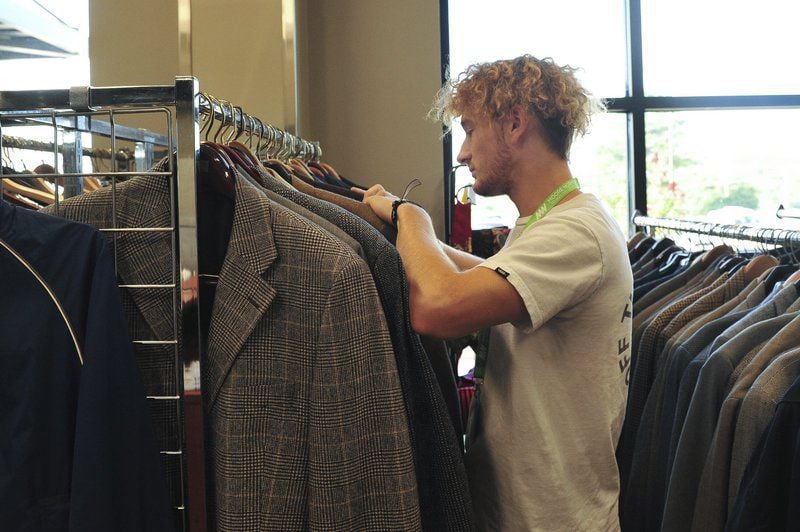 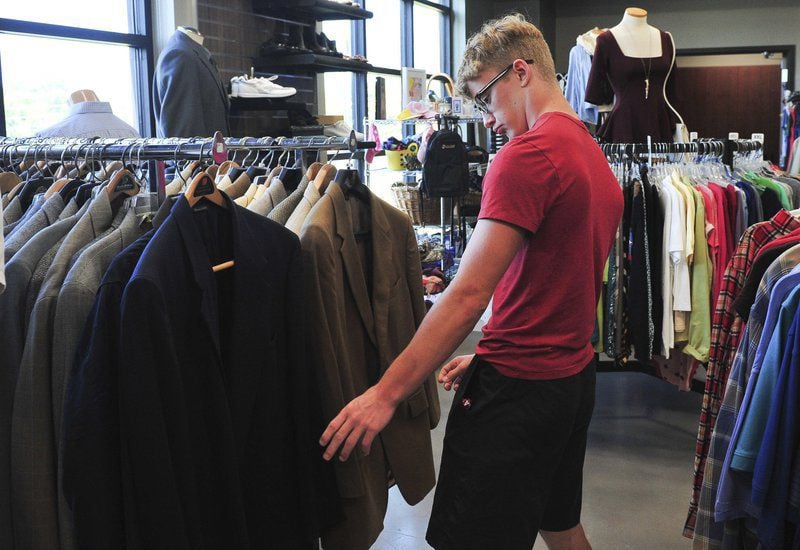 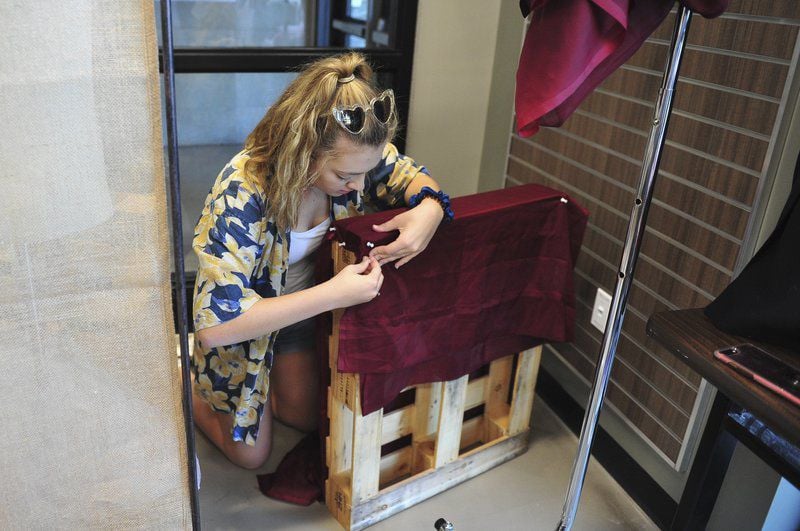 For 33 years, Moore Norman Technology Center entrepreneurial instructor Nancy Pierce has offered students hands-on business experience via a clothing company that helps fellow students and their families. Now, the clothing company is in a newly built facility on campus.

Pierce and her high school and post-secondary students run the Backroom Clothing Company behind their classroom. The store includes men's, women's and children's clothing and shoes, housewares, furniture and appliances in any shape.

In February, after the completion of a bond project approved by voters years earlier, the entrepreneurship class and store moved into a new Building D, 4701 12th Ave. NW, after the old one was demolished.

The new store space, located near the cosmetology department, has three garage doors that include natural lighting.

Only 10% of the items cost a small amount, and 90& is donated. The store also offers curbside service, and donors receive tax-deductible receipts.

"We have so much fun. It's amazing the things people want to get rid of. They learn about the items that come through," Pierce said.

"It was a God thing," Pierce said about the store's beginning.

Pierce, who started teaching in 1983, said a student in the accounting program approached her in May 1986 because she didn't have interview clothes. When Pierce gave the clothes to the student, she teared up and said, "I knew there were angels, but I didn't know they lived so close to us."

In August 1986, a consignment store gave Pierce six bags of clothing, and her students brought hangers from home for the garments. They helped more than 75 people the first week the store opened.

"We didn't realize there was such a demand. So often, we're not aware unless it bites us in our face," she said.

The store originally operated with a different name but changed to the Backroom Clothing Company in October 1986 after people asked if they could go to the "backroom" behind their classroom.

Pierce said she is adamant about making sure students have what they need, and many items are given away to students and families in need. Excess items are often donated to the Salvation Army.

"If I would have tried, I never have been able to come up with something as great as the Backroom," she said. "The kids start to appreciate things."

Pierce said every student serves as store manager of the school-based enterprise and works a shift every week.

"One of my favorite things about this program is that it is not for kids. It is a very sophisticated and adult business, and I really admire the privilege of being in such a program and managing at my age," student Nickolas Bilodeau said.

Managers are sometimes given 16 tasks to do during their shifts, including unpacking merchandise, hanging clothes and taking inventory, among other duties, Pierce said.

"We went into this building a month or two ago and had no clue who the people around us were. ... When we walked into the Backroom for the first time, it popped so many ideas into my head of how my ideas and dreams were possible," student Allie Finney said. "I personally had no clue what I wanted to do going into this class until the first day when she asked us to go around and announce who we were, where we are from and what we wanted to do. The Backroom made a big difference in my outlook on my future and the world's stores in general."

She said Pierce runs the clothing company like a really tight ship, similar to an actual retail store. The store changes all of the time to keep it fresh, and students learn the basics of running a store.

"The Backroom Clothing Company has taught me the importance of personal branding and presentation aspects without realizing it. Working in this new environment has helped me utilize a variety of skill sets, such as communication, leadership and presentation management," student Yamilet Samaniego said.

Pierce said the store teaches students how not to be selfish.

"People know their things will be on the rack by the end of the day," she said. "They love how grateful the kids are. We want to help anyone who needs help."

This year, some of her students can sew and have turned donated items into new creations.

"I have been able to take some of my skills of design and interest in clothing to make the store look neat and interesting. When I walk in The Backroom, I always see something I could recommend to a friend or even something I would like to wear," student Michaela Eskina said.

Pierce said she thinks of her students as little angels running around who are teachable.

"Every day's a new day," she said. "They learn to be real sharers."

Student Michael Mason Love said the clothing company has taught him to be more organized and has motivated him to be more aware of the little things, "because they really make a big difference."

Pierce said she keeps in touch with the kids, and the students never forget where they came from.

"So many kids ask why are we learning this. When will we use this in the real world? I can say for sure the Backroom is an important activity that everyone I know can learn from and use in their life," student Ethan Taylor said.

Pierce said Buckle donated racks for the new store location, and other stores have donated items, as well. She wants others to be blessed by the items they have in the store, which is located on the Franklin Road campus on the south end of Building D, next to their classroom with signage

Sometimes when people pass on or retire, the store will receive their entire closets, Pierce said.

"It keeps their lives fresh, too. People don't hang on to stuff," she said, adding that one lady gives to the clothing company once a month.

"It's kind of her ministry," she said.

"We are so blessed, we like to bless others the best that we can," Pierce said.