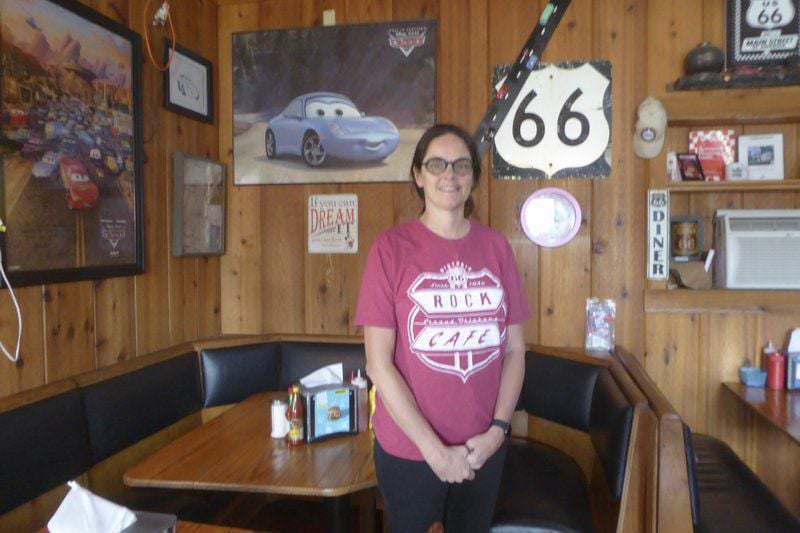 Dawn Welch, owner of Stroud's Rock Cafe, was the personality for Sally Carrera in the movie "Cars." 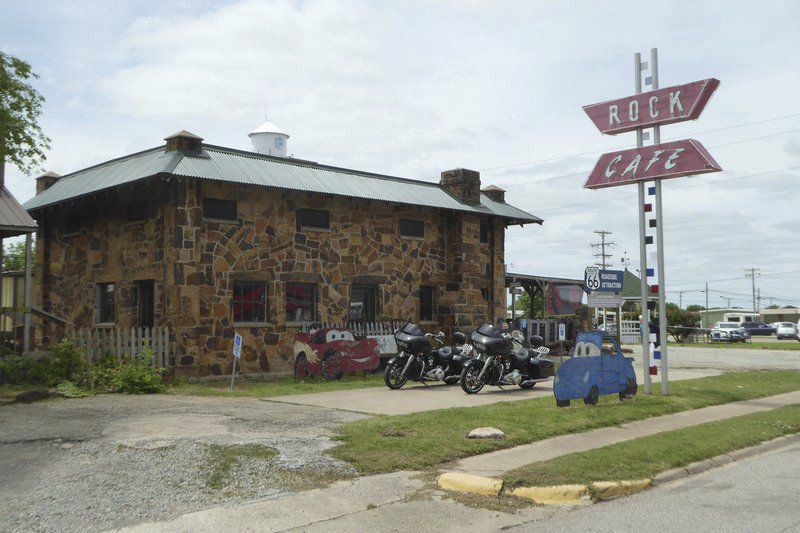 Stroud's Rock Cafe is a must stop for most travelers on Route 66.

Dawn Welch, owner of Stroud's Rock Cafe, was the personality for Sally Carrera in the movie "Cars."

Stroud's Rock Cafe is a must stop for most travelers on Route 66.

She was a town attorney and motel owner in fictional Radiator Springs, a faded town on Route 66. We recently met Sally during a road trip across Oklahoma on the Mother Road.

During a drive heading west from Tulsa, we stopped for lunch at the Rock Café in Stroud. During a proper road trip meal of burgers and fries, we talked with the café’s owner, Dawn Welch, after whom Sally Carrera was modeled.

Like Sally, Dawn hadn't planned to live and work in a small town on Route 66, but fate intervened.

Following high school, Dawn signed on with a cruise line and was able to save most of her salary during a period of five years. At age 23, the Oklahoma native decided it was time for a change.

The plan was to head to Costa Rica and open a restaurant; but only after a visit with her mother in Stroud where she would search for restaurant equipment.

Although Stroud’s Rock Cafe had been closed for 10 years, its equipment, including an original grill from the 1939 opening remained. The café’s owner convinced Dawn to sign a six-month lease for $200 a month with an option to buy. She opened Feb. 14, 1993 and has become one of Route 66’s strongest advocates and important spokespersons.

During our visit, Dawn discussed her involvement with “Cars.” Michael Wallis, her friend and an expert on Route 66, was hired by Pixar's John Lasseter to familiarize his crew with Route 66.

During their initial familiarization trip, the group visited the Rock Café and ordered one of everything on the menu. The visit lasted more than four hours, much of which was spent talking with Dawn. Crew members would occasionally stop by with more questions during the next four years.

The café owner was pleasantly surprised in 2006 upon receiving an invitation to attend the world premiere of “Cars.” There, Mr. Lasseter introduced her to the movie’s voice actors, including Paul Newman, Owen Wilson and Bonnie Hunt, the latter of whom was the voice for Sally Carrera.

The Rock Café owner was not told she was the model for Sally until just prior to the movie’s showing.

Since “Cars,” Dawn said business has tripled, in part because kids are making parents stop at the Rock Cafe. The café has also welcomed several famous visitors including Paul McCartney.

During our stop, a BBC film crew was filming an episode for a series on Route 66. Our stop at the Rock Café turned out to be one of the highlights of our trip on Oklahoma’s Route 66.