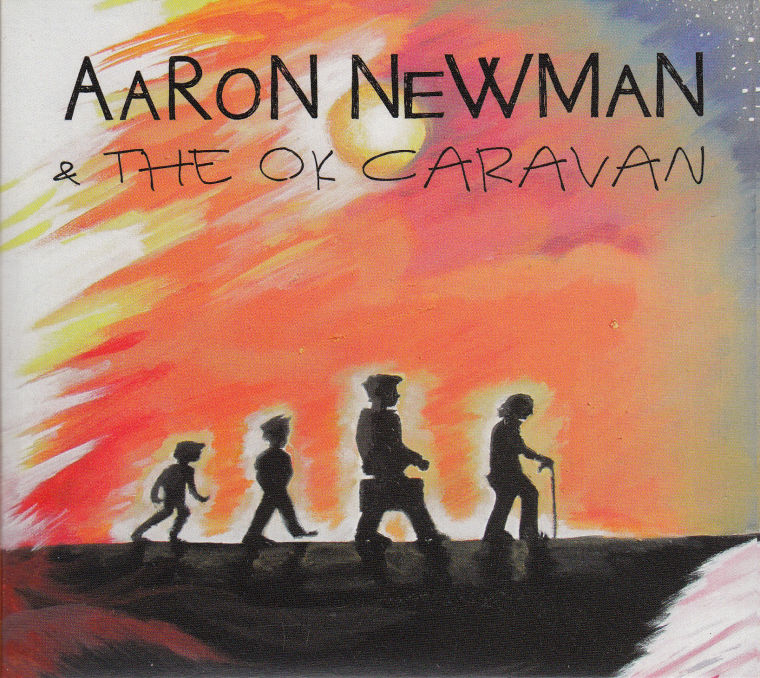 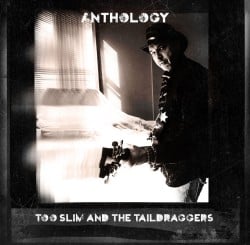 Too Slim and the Taildraggers' new album "Anthology"

Too Slim and the Taildraggers' new album "Anthology"

Why you should listen: Aaron Newman is the lead vocalist and rhythm guitarist for his Oklahoma City-based Americana quintet. This is the 10-track freshman effort for a group that includes bassist Chad Roper, Walton McMurry on percussion, Carlton Dorsey playing fiddle and mandolin and lead guitarist Blake Lennon. The OK Caravan sound is one familiar in this territory.

It’s a collection of tunes that tread boldly along country, rock and folk trails. Newman began his recording music career as a solo/duo acoustic project a few years back signed to the Mike McClure’s (Damn Quails) 598 Recordings. Newman is a fine singer and musician but his strongest talent appears to be songwriting. Often singer/songwriters describe their work as being “about life” but are unable to articulate what that actually means either directly or even lyrically.

Newman’s songbook displays an attractive crafting of story songs, ones from emotional experiences and lessons of human nature. His composition “The Battle of Washita River” ambitiously takes on a controversial historical event that occurred in 1868 Cheyenne, Oklahoma. Often called the Washita Massacre, a detachment of the U.S. 7th cavalry led by Lt. Col. George Armstrong Custer attacked and decimated Black Kettle’s Southern Cheyenne camp. “Day is Done” centers on wisdom from Newman’s mother.

It’s about not taking each day of life for granted. “Winter Blues” betrays Newman’s wholly Okie trait of not cottoning to cold weather. It’s also a love song because the lyrical narrator isn’t just stuck inside during an ice storm, he’s alone to boot and doesn’t know when his honey will be home. Musicianship throughout the album is high quality with thoughtful arrangements and a variety of sound among numbers. This new cavalcade of players is a welcome addition to other red dirt outfits that have come out of the central Oklahoma scene.

Musician: Too Slim and the Taildraggers

Why you should listen: This double disc album is a compilation of gems from Tim “Too Slim” Langford’s Underworld Records song book. He began writing them fifteen ago. These tunes have a timeless quality that speaks to the essence of American rock, blues and soul. It’s the USA of sketchy motels, dangerous doublewides and trips south of the border just for the hell of it.

There’s small town and country-inflected honky tonk music that celebrates catfish hole fishing and a hound with extrasensory powers for seeing spirits. “Mississippi Moon” may sound like the title for a gentle idyllic lullaby but it’s not. Frenetic guitar winds like 440 volt-charged barbed wire around a nightmare of being chased by beasts from Hades.

This is the “Exiles on Main Street” that the Rolling Stones might have delivered if they’d been hanging out with Doug Sahm and Screamin’ Jay Hawkins and recorded it in Nashville instead of the south of France. “Stoned Again” juxtaposes Jesus of Nazareth drinking Mogen David and Satan sipping Old Grand Dad. “One is a sinner and the other is divine/ Now you tell me what’s the difference when both of them is getting high,” Langford sings through a buzzed-out cacophony. “Daddies Bones” is a missing person blues with Langford’s signature creepy factor in overdrive. Searching a “catfish grave” and “dead man’s ridge” to save a farm being foreclosed-on is the sad stuff of real life in hard-time rural ‘Merica. “Dollar Girl” is about a fool and his money being easily parted in a lap dance palace.

“I think she really likes me,” Langford sings as the confident yokel. “The Light” is a rock gospel redemption featuring guest vocalist Lauren Evans. It fits righteously near “Peace with the Maker” and “Throw Me a Rope.” There’s an overall theme of good and evil coursing through this collection of 34 compositions.

It’s a solid omnibus of light and darkness from a deeply reflective artist and his band.