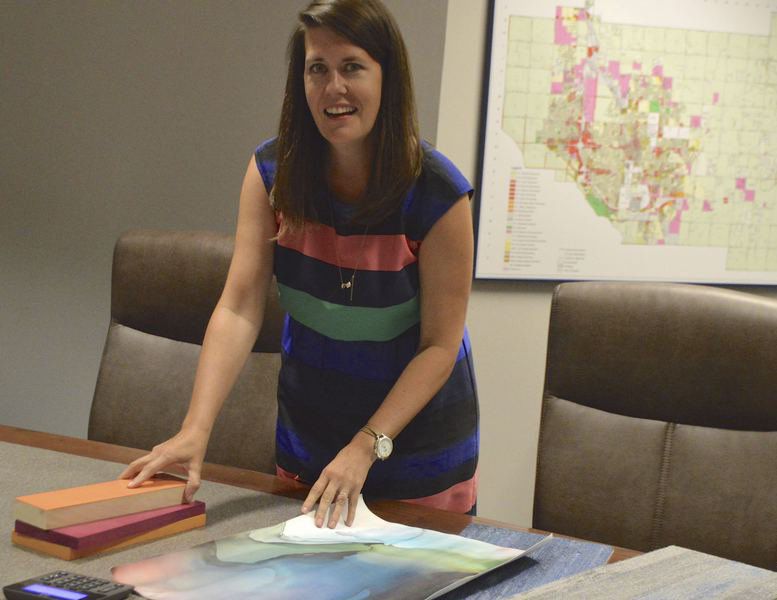 While the new central library will have a room that is fortified, it will not be a true safe room. Children, families and staff at the east side library will have to take refuge in the bathrooms in the event of severe weather.

Pioneer Library System Executive Director Anne Masters said library staff follows the weather closely and libraries close one to two hours ahead of impending severe storms, so the lack of safe rooms should not be a problem.

City and library staff have always said the libraries will not have public shelters, but earlier planning meetings had left the impression there would be a tornado-safe area for staff and anyone caught if weather came quickly.

The committee asked the MSR principal, Matthew Kruntorad, to look into the possibility of fortifying the bathroom walls to a higher degree. MSR specializes in architecture, interiors and urban design and is the design firm handling plans for the central and east side libraries.

Dr. Kevin Kloesel, an advisory board member who is a meteorologist, said he is satisfied with the fortified walls proposed for the central library. He is looking forward to the solution to harden the walls in select spaces in the east branch, he said.

Kruntorad said the east side library also will not have the promised raised floor system to allow for flexibility in future design. The raised floor would have moveable electrical outlets for computers and other new technology. The $130,000 difference puts that design element over budget, Kruntorad said.

“We are concerned about that,” Masters said. “We really sold that earlier.”

Masters said she wondered if the budget was a done deal or whether there would be a possibility of borrowing excess funds from the central library if it went under budget.

Instead of the raised floor, Kruntorad proposed floor outlet boxes for the east side library.

Another solution could be a trench that would allow for electrical strips and is more flexible than floor outlets. The trench adds $30,000 to the cost. One ad hoc committee member said he's familiar with a library that has the strips and doesn't use them.

PLS Deputy Director Lisa Wells said she is concerned about flexibility for the future and wants the raised floor, if there is a way to get it. Flexibility will prolong the useful life of the library.

Wells also expressed concerns about maintaining carpet, which is proposed for a large portion of the project versus rubber flooring, which would be much more durable. The proposed use of carpet is also an attempt to keep the project within budget.

Kruntorad said MSR considered what features were not essential in determining what cuts to make to stay within budget.

Kruntorad and interior designer Greta Foster said they planned for rubber floors in the rooms that would have the hardest use.

The advisory board members said they want more information about the possibility of moving money from the central library project to help keep the raised floor and high-grade flooring if there is excess in the central plans.

Mayor Lynne Miller also asked for designers to look at where windows interface with the roof for safety when hail storms blow through.

The library advisory group approved the design development for the east library with the note they want to continue exploring options on the raised floors, the design of the clear story saddle where the walls and window meet, flooring and wall structure for the bathrooms. MSR was directed to move forward with the construction document phase.