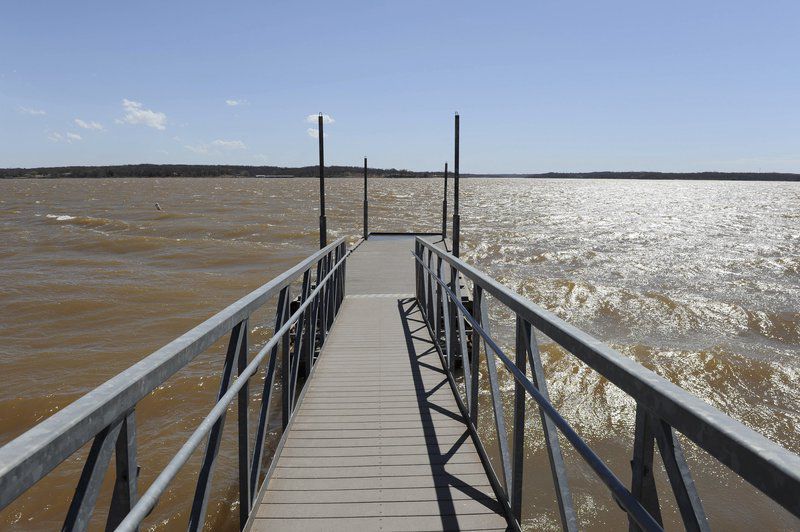 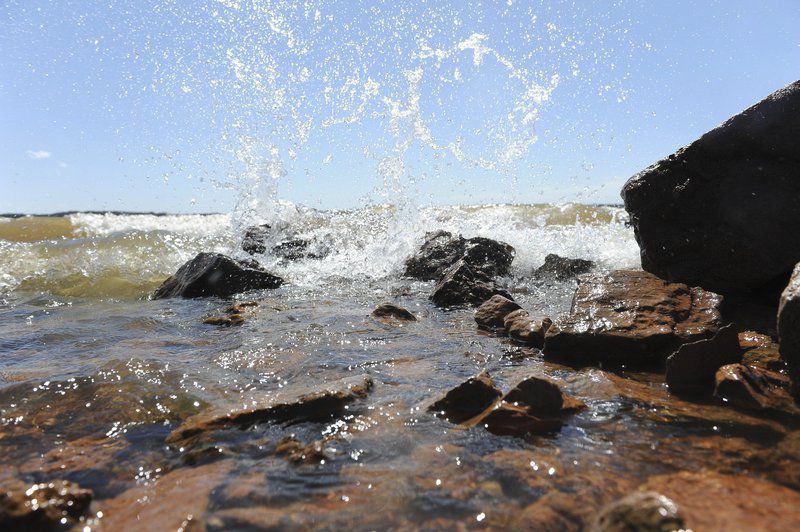 Lake Thunderbird sits within Norman city limits and provides the majority of the city's drinking water, but Norman does not own the lake

Lake Thunderbird sits within Norman city limits and provides the majority of the city's drinking water, but Norman does not own the lake

Lake Thunderbird sits within Norman city limits and provides the majority of the city’s drinking water, but Norman does not own the lake.

The Bureau of Reclamation, a federal agency under the U.S. Department of the Interior, holds the title to Lake Thunderbird. Currently, a movement is underway by two entities to take ownership of that property. One player manages the dam and water quality of the lake, the other manages the Lake Thunderbird State Park.

With that dispute at a stalemate, Rep. Scott Martin, R-Norman, authored House Concurrent Resolution 1003 that proposed legislative support for the Central Oklahoma Master Conservancy District to take the title from the Bureau of Reclamation.

“My goal is to provide a local solution that protects our water supply and also leverages the recreational opportunities,” Martin said.

The Central Oklahoma Master Conservancy District (the District) was created in 1959 to provide water to the cities and preserve the integrity of the lake water. Each of the member cities has representatives who sit on the governing board of the District. While the Bureau of Reclamation funded the project, the District took on a 50-year mortgage to pay for the majority of the lake’s construction.

In October, the District’s board of directors celebrated the end of that debt by burning the mortgage note. Now that the debt has been paid, the District can ask the Bureau of Reclamation to transfer the title to the District, allowing for more control over the lake.

Instead of a smooth transition, the proposition of a title transfer has turned into a tug-of-war between the District and the State Tourism Department.

Tourism is actively opposing the District’s move toward a title transfer. Oklahoma Tourism and Recreation Executive Director Dick Dutton said Tourism would like to own the lake property with the exception of the facilities that pertain to the water supply.

Currently, Tourism leases the land for Lake Thunderbird State Park from the Bureau of Reclamation.

“The board does not want to get into the parks and recreation business, and we would lease to Tourism gladly,” said Norman resident and District board president Roger Frech. “That has always been an integral part of our planning.”

Since 2007, Tourism has invested more than $1 million annually to operate Lake Thunderbird State Park and gets about half of that back in revenue. Visitation has risen over the years, hitting over one million last year which brought the park up to 69 percent self sufficiency.

“The current management of the District has no interest in [managing the park], but boards change and managers change,” Dutton said. “It’s really our only urban park.”

Despite the rural surroundings, Lake Thunderbird is within driving distance of the metro, making the location favorable for future development and improvements.

“The District and the cities paid for the project,” District General Manager Randy Worden said. “Not Tourism. First and foremost this project is a water supply project. That’s why it was constructed for water supply and flood control. The secondary purposes are for recreation and fish and wildlife.”

Worden is uncertain whether the state could or would sell off some of the property to make money and, if so, how that development would affect water quality. How property is used also affects water quality, Worden said.

Flood control would continue to be administered by U.S. Army Corps of Engineers Tulsa, no matter who holds the deed, he said.

Martin is optimistic that the resolution will be approved this session, despite opposition by the Tourism Department.

Even if the title transfer moves forward, there are a number of hurdles to cross before ownership can change.

“This is a lengthy process, and the district is not obligated until all of the things are known — the cost, the liability and other issues — but we can’t move forward until we get concurrence from the other stakeholders in the project,” Worden said. “The only other stakeholder is Tourism on this project.”

If COMCD gets concurrence, the Bureau of Reclamation would determine the cost to transfer the project. Norman, Midwest City and Del City would be involved in that conversation, he said.

Dutton said Tourism has $13.4 million in taxpayer-owned assets at the Thunderbird State Park, based on values of insured park facilities, including an $850,000 multi-function structure that serves as the park manager’s residence and the NE Regional office.

“They (COMCD) want to own the entire lake; they simply did not pay for it all,” Dutton said.

Dutton believes Tourism needs to own the land to protect the infrastructure investment at the Thunderbird State Park. Worden said water quality and flood control are the primary purposes and take precedence.

“We’re concerned with the water quality issues and part of that is septic systems, maintenance of septic, and wastewater treatment and conveyance systems,” Worden said.

Dutton said he understands those concerns, but that isn’t an issue.

“Our parks do not have public water or public sewage with them,” Dutton said. “We actually have to create our own sewage treatment systems. We’re regulated by EPA and DEQ just like anybody else.”

Both Dutton and Worden say the agencies they run want to protect the lake for future generations. Park Rangers would continue to police the state park.

Worden said if Tourism held the title, COMCD would have no say in development despite possible impacts to water quality.

“What sense would it make for Tourism to acquire all this property and not be able to take care of it?” Worden said.