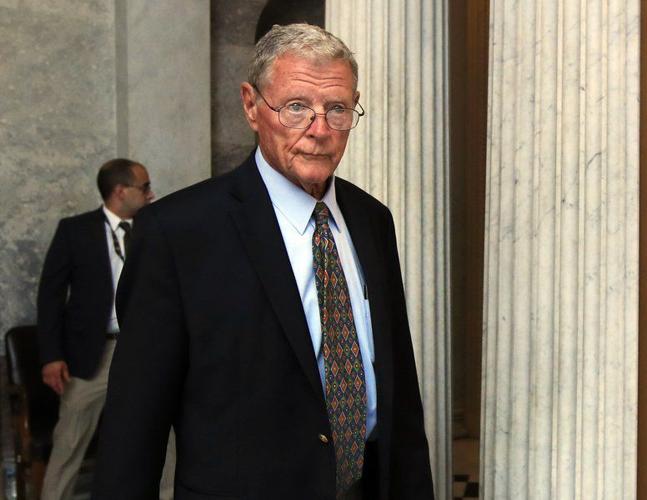 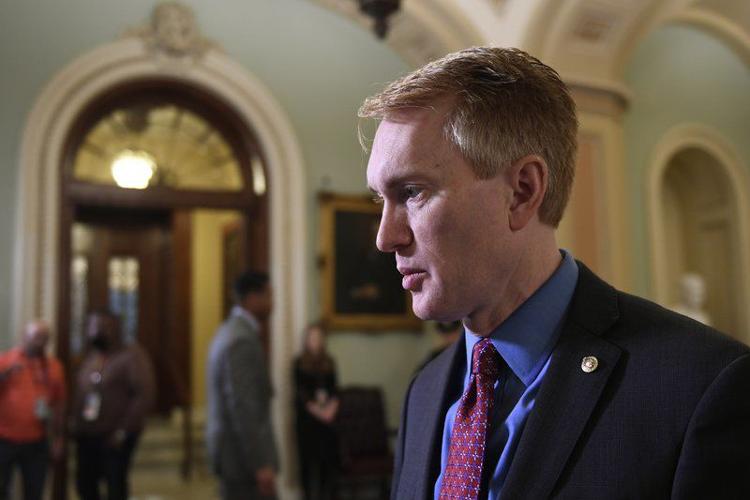 Sen. James Lankford is shown at the U.S. Capitol in Washington. The Oklahoma State Republican Party will vote on a censure resolution for Sens. Jim Inhofe and James Lankford at its July 17 State Committee Meeting.

Sen. James Lankford is shown at the U.S. Capitol in Washington. The Oklahoma State Republican Party will vote on a censure resolution for Sens. Jim Inhofe and James Lankford at its July 17 State Committee Meeting.

Oklahoma’s two senators joined other Senate Republicans Friday in blocking the creation of the Jan. 6 Commission, which passed the U.S. House of Representatives with bipartisan support.

Democrats in the Senate were able to get five Republicans to cross party lines and vote in favor of the commission, but were unable to secure the 60 votes necessary to break the filibuster. The proposed bipartisan commission to investigate the pro-former President Donald Trump mob that stormed the Capitol on Jan. 6 will not happen.

Much like the 9/11 Commission, this would have been an independent group of people equally appointed by both Republicans and Democrats, with both sides having equal subpoena power to solely investigate the days prior to and the day of Jan. 6.

Oklahoma’s senior Sen. Jim Inhofe, R, missed the vote on the commission, but in a statement said he was against its creation regardless. A spokesperson for Inhofe did not respond to The Transcript’s questions about why he missed the vote.

“Right now, the Department of Justice, the Federal Bureau of Investigation and several Senate and House committees are reviewing all aspects of Jan. 6 — including arresting and prosecuting law breakers and looking into the security failures that allowed the attack to happen,” Inhofe said in a statement. “I fully support bringing to justice those who have broken the law. Another examination — and a partisan one at that — isn’t warranted.”

Republicans and Democrats would have had equal representation and subpoena power on the commission.

Oklahoma’s junior senator, Republican James Lankford, voted against the commission as well, claiming that committees in the Senate have already conducted investigations. Though true, this commission would have equipped an independent group of non-lawmakers to focus and investigate solely the attack on the Capitol on Jan. 6.

“Sen. [Chuck] Schumer [D-NY] forced a political messaging vote on the flawed House commission this week because he knows that the Senate is currently finalizing a comprehensive bipartisan investigation involving six committees focused on Capitol security and lessons to learn from that terrible day,” Lankford said in a statement. “Senate Committees have already gathered information and heard testimony from the Department of Homeland Security, Secret Service, the Department of Justice, FBI, ATF, the Department of Defense, the architect of the Capitol, U.S. Capitol Police, the National Guard, the DC Mayor and Metropolitan Police and both former sergeants at arms.”

Alicia Andrews, chair of the Oklahoma Democratic Party, condemned Lankford’s vote, which she said was another effort for him to “skip accountability.” Andrews said the obvious and responsible solution would be to “allow an independent commission to investigate” what happened Jan. 6.

“Since Jan. 6, Lankford has engaged in a dizzying words-versus-action game,” Andrews said in a statement. “He uses words to try to convince Oklahomans that he is a reasonable legislator while at the same time his actions betray those very words. Today, as Americans have questions, Senator Lankford chose to block the very process to get us answers. Believe Senator Lankford’s actions because words are fleeting. His actions reveal his true intent: Court former President Trump by supporting the Big Lie, to the detriment of our nation.”

Andrews said that she believes “without question” that Lankford’s recent actions and votes have been out of fear of his primary challenger Jackson Lahmeyer, who has criticized Lankford for not being a “strong enough Republican.”

In response to questions regarding Inhofe’s missed vote, Andrews said, “this is just another missed vote by Inhofe.”