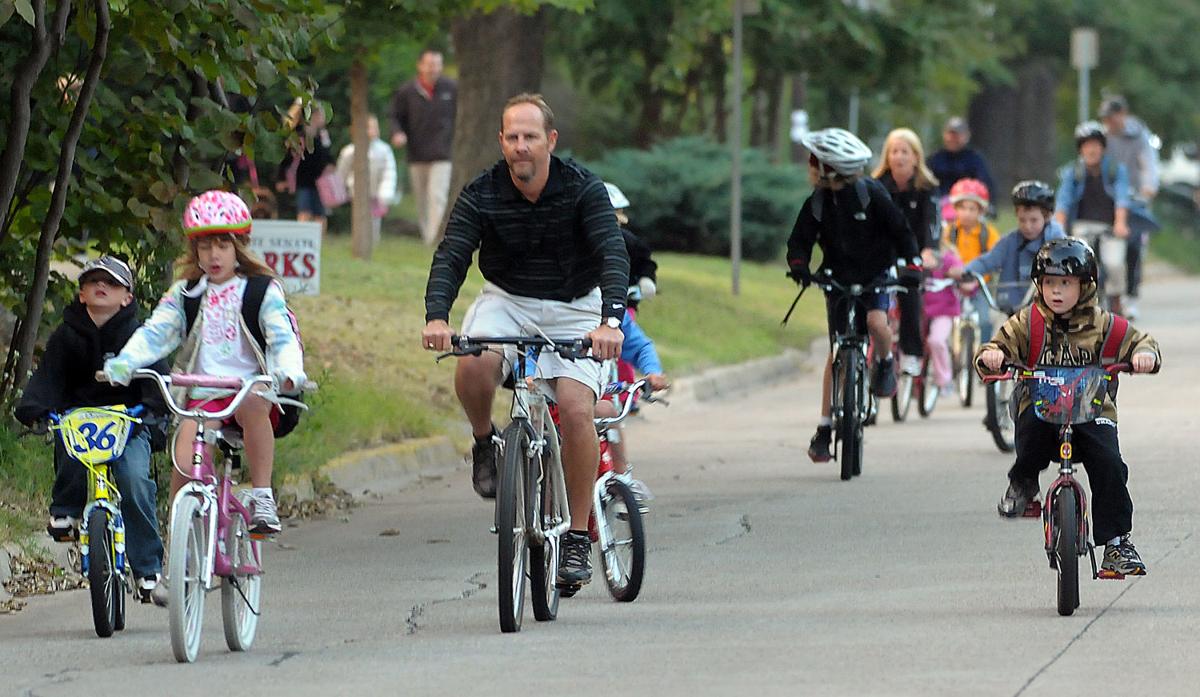 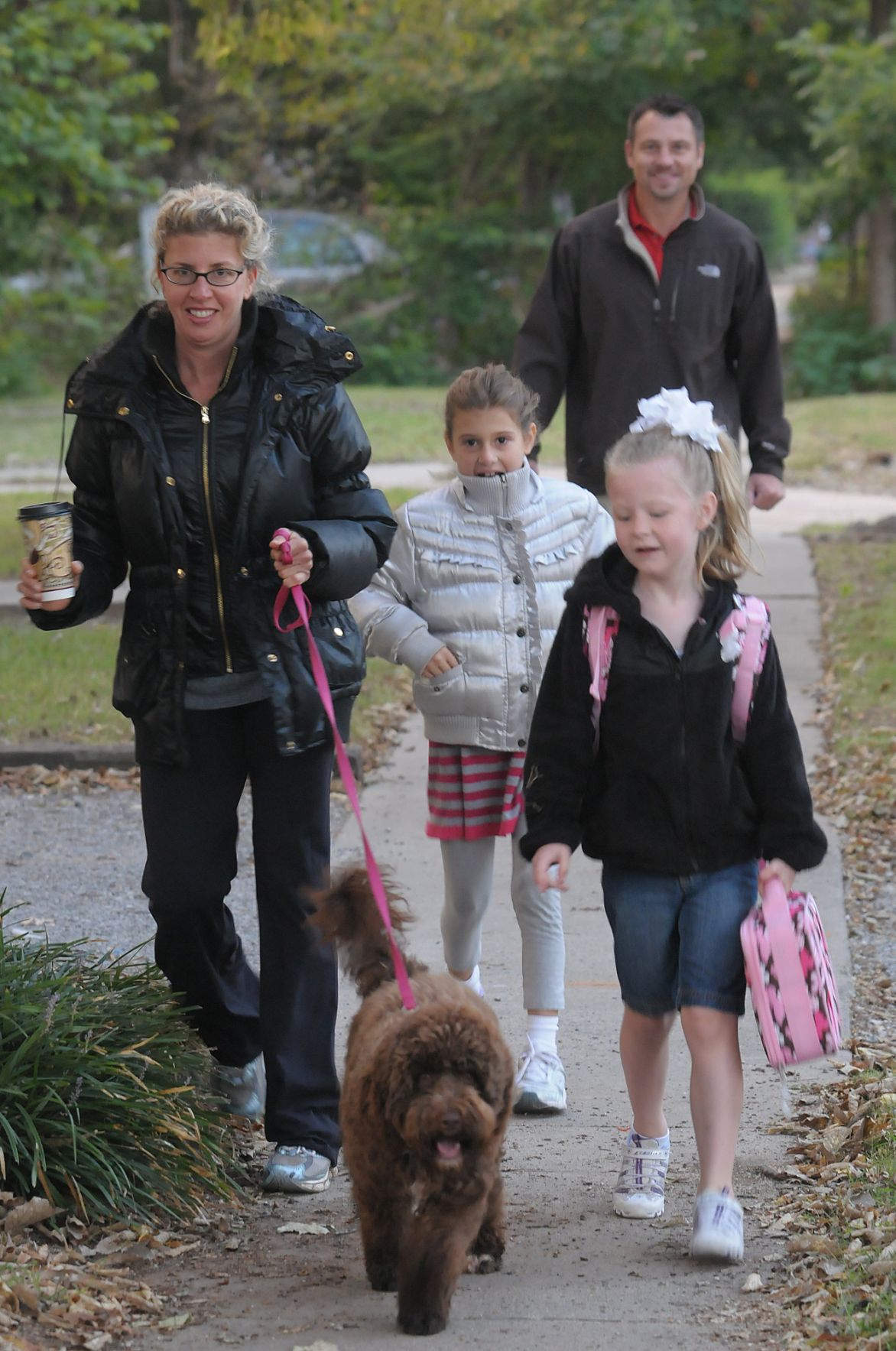 Berkley Shannon (front) and her dad Tim (rear) walk to McKinley Elementary School Wednesday, Oct. 6, 2010, along with Lisa Millington and her daughter Elisabeth and Cocoa as part of International Walk to School day. Transcript photo by Jerry Laizure

Berkley Shannon (front) and her dad Tim (rear) walk to McKinley Elementary School Wednesday, Oct. 6, 2010, along with Lisa Millington and her daughter Elisabeth and Cocoa as part of International Walk to School day. Transcript photo by Jerry Laizure

As the sun rose Wednesday morning from its nightly slumber, its glow slowly peaking above the horizon, a group of eight gathered at the corner of Imhoff and Walnut roads for an almost 2-mile trek to McKinley Elementary School.

Typically opting to shuttle the course on bus No. 51, it was a route to school none had traveled via foot.

But on Wednesday — joined by 150 other McKinley students, five elementary schools in the district and students from about 40 countries — they walked.

“We’re a country of couch potatoes, so it’s good for us to get up and walk,” said Julia Messitte, who led the group along Pickard Avenue to McKinley during Wednesday’s International Walk to School Day, a worldwide campaign that promotes walking to school as good for health and the environment.

“We’re going to all cross the street together,” Messitte said as the group approached Imhoff from Walnut at the beginning of their walk.

Messitte, legal counsel at the University of Oklahoma, said she often walks from campus to pick up her two sons, Sam and Jules, at McKinley and walks them home after school.

A train of bikers, which met a block over at Pickard and Imhoff, then sped by the group, ringing their bells and shouting hellos to the moms and students.

“Wow, they’re really up there. They’re gone with the wind,” said Leah Thompson, adding that she wanted to walk this year since it would be her last at McKinley.

The walkers and bikers — some joining on their training wheels from as far as State Highway 9 and Chautauqua Avenue and another dropped off at a stop sign a few blocks from school — traveled along one of nine routes to the school mapped by Sharon Atkinson, organizer of McKinley’s walk.

“So many of our schools are positioned in neighborhoods in Norman. … We still can walk and bike to school, and doing so is fun,” Atkinson said.

Atkinson, an avid cyclist and community planner for the City of Norman, said 40 years ago about 60 percent of students walked or rode their bikes to school. Now, she said that number has dipped to less than 10 percent.

Ricocheted from this decline has been a spike in obesity, attention deficit disorders and pollution, she said.

“Our lives have sped up to the point where it’s easier to drive and drop off your kids. The sense that there’s value in walking and fresh air has been lost,” Atkinson said.

As a city employee, Atkinson said she encourages people to walk and give feedback on where additional signs are needed or new sidewalks paved.

And that could prove to be more important in upcoming years as schools, such as the new elementary school to be constructed along 24th Avenue Southeast, are built along busier streets, rather than the old model of building neighborhoods around schools.

Superintendent Joe Siano said the district hasn’t moved away from neighborhood schools, but said school designs overall have altered, such as the shift from open classrooms to grade-level segregated hallways.

He said the new school will be built on an acreage about twice the size of an average elementary school site, so the district can toy with the design to accommodate walkers with more sidewalks.

“We’re trying to help people understand that there’s great value in walking and biking … for students to be out there socializing, breathing in the fall air,” she said.

And Wednesday’s well stocked bike racks outside McKinley were proof of this upturn.

“Wow, there’s like a million bikes,” Sam Messitte said, pointing to the rack of locked bikes as the group approached the school. “Usually there’s like three.”