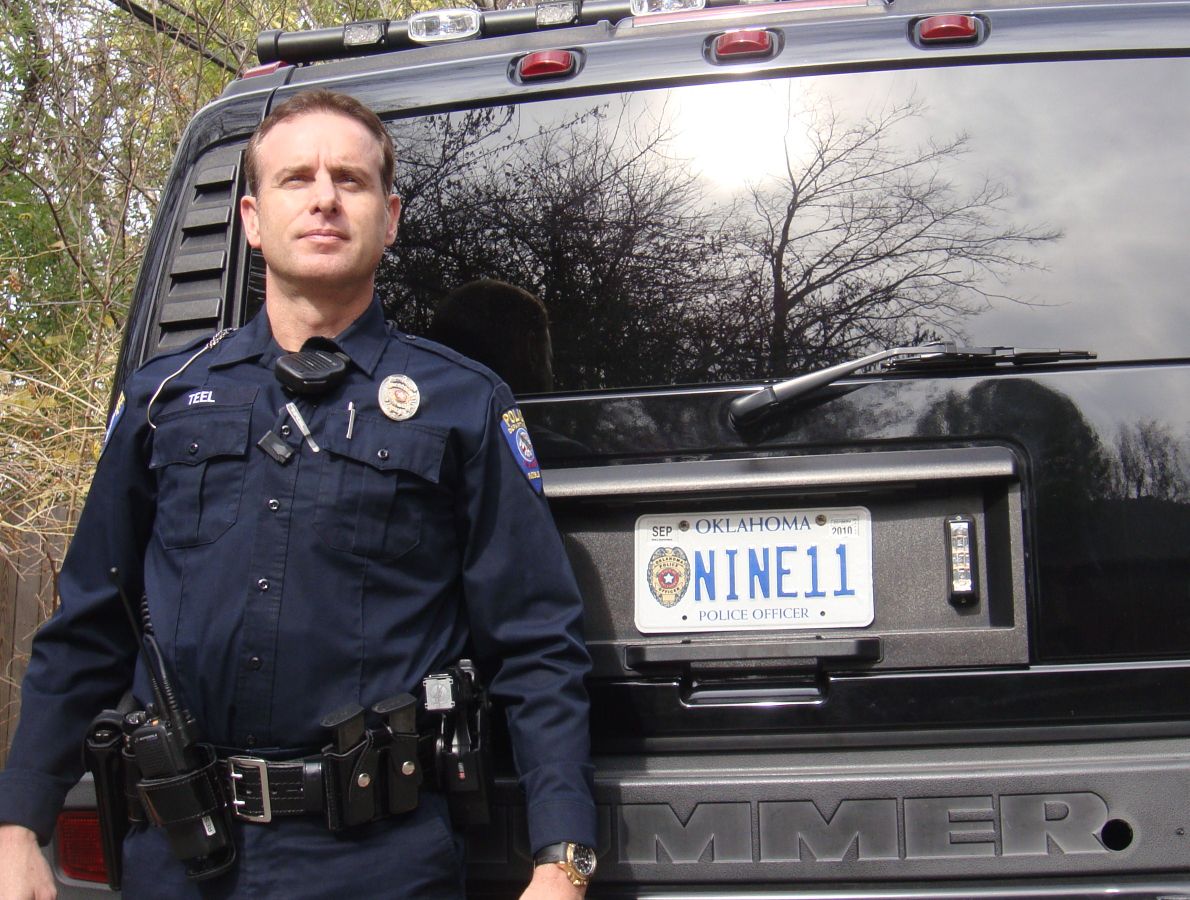 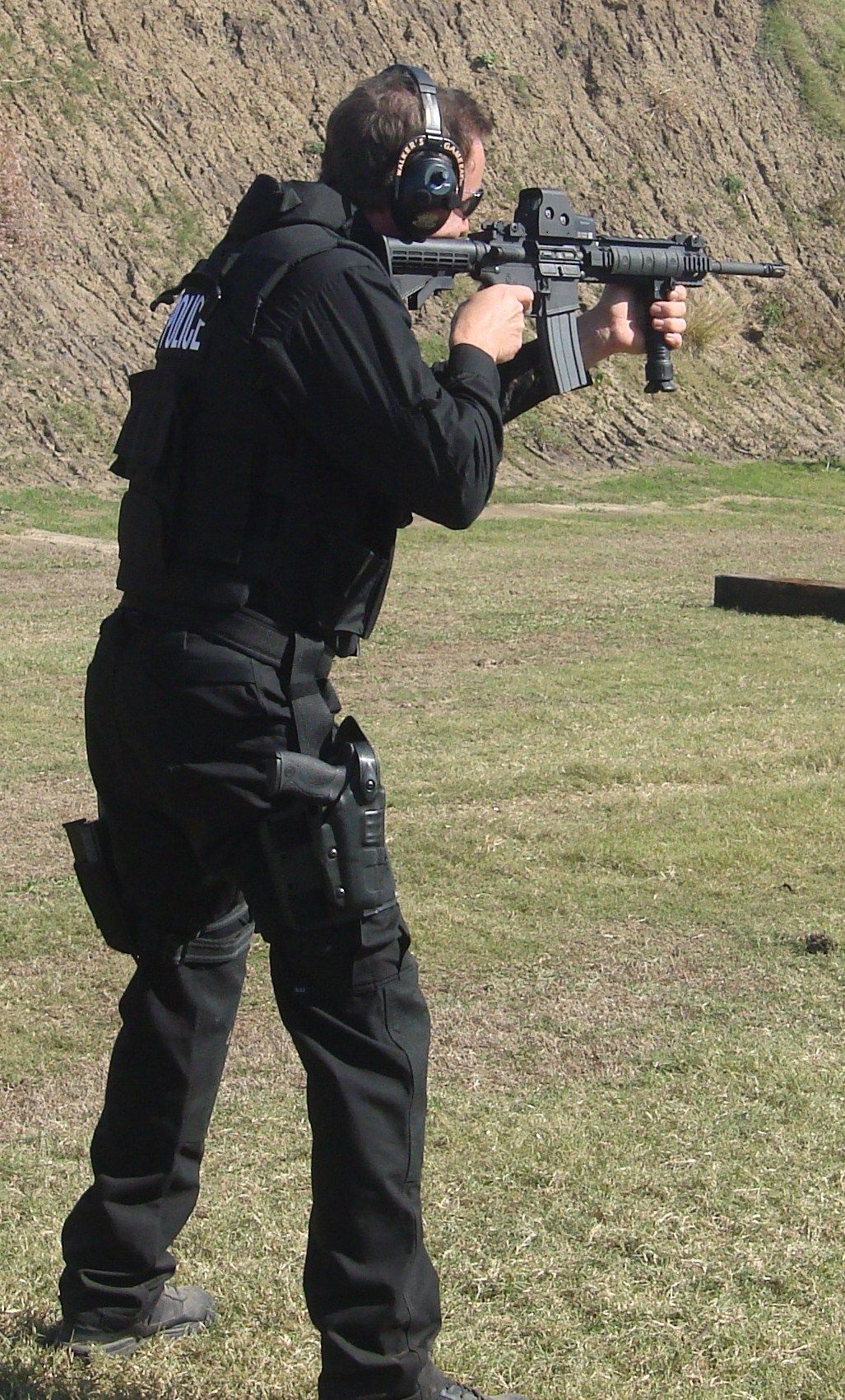 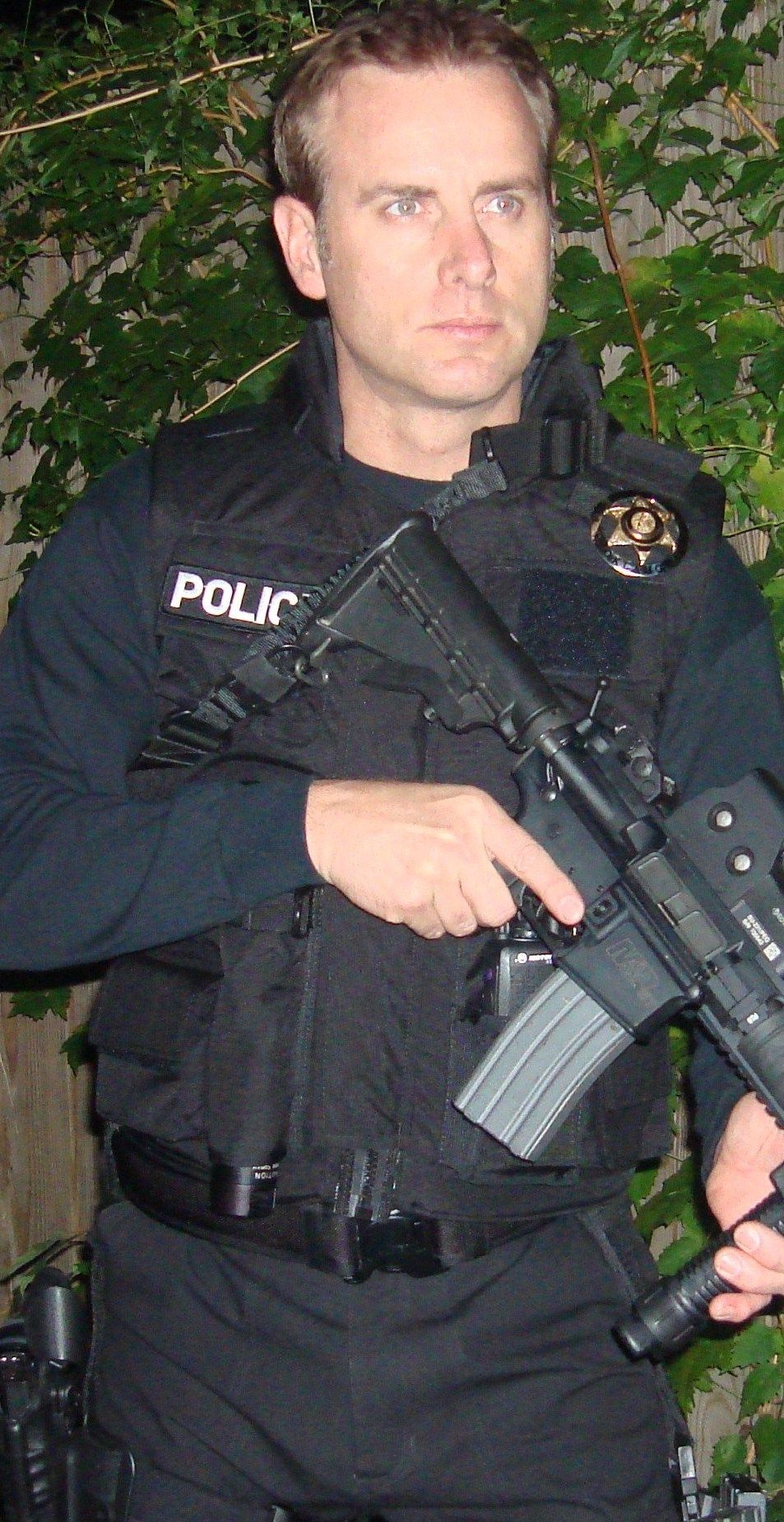 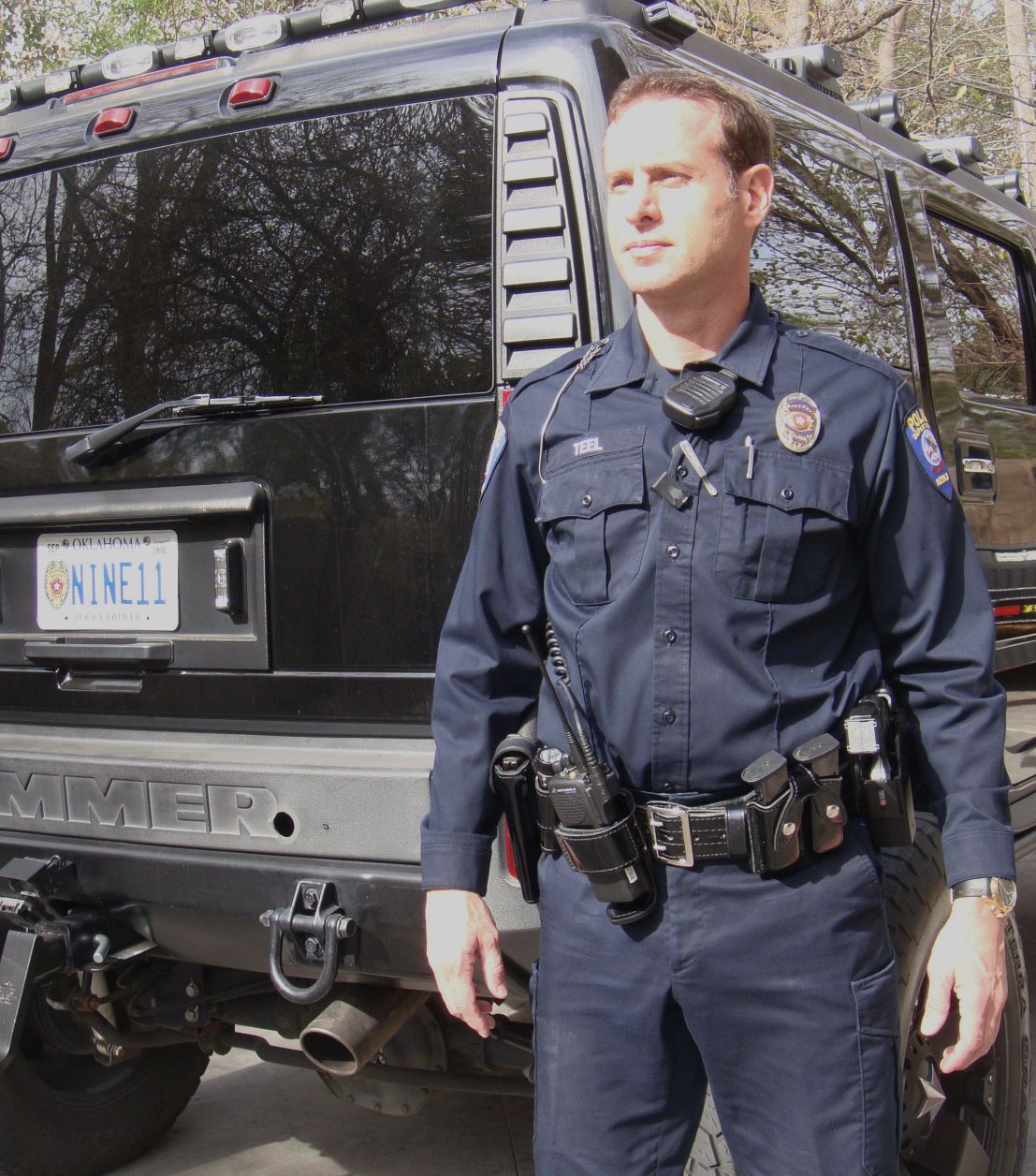 What do a licensed attorney, a real estate broker, a businessman and a police officer have in common? In the case of one local resident, they're all the same man: Stephen Teel. "I've always been interested in law enforcement," Teel said. "I originally wanted to be in the FBI." Teel received his bachelor's degree in criminal justice in 1987 and went to law school at OU with the intention of going into the FBI after graduating. But life has a way of throwing curves. The local economy was still rebuilding from the 1987 real estate crash when Teel graduated from law school in 1990. "There were a lot of opportunities in the real estate field, so I decided to go in a different direction," he said. Since graduating, he's been involved in multi-million dollar real estate projects, opened Elite Properties and Elite Realty (now known as Century 21) and in 2004, he purchased the former Food Lion grocery store in Norman where he now owns and operates STEEL Fitness, a 24-hour, full-service fitness and tanning establishment. Teel states that his current projects are all running smoothly and require very little of his time, permitting him to follow his original dream and give back to the community by donating his time as a reserve police officer for Noble. Teel explained that Noble Reserve Officers must complete 280 hours of C.L.E.E.T.-certified training (Council on Law Enforcement Education Training) as well as the same 320 hours of field training required of full-time officers. "They [reserve officers] are given the full rights and authority of a full-time police officer. Once you complete the training process, you are allowed to work on your own in the same capacity as full-time officers. The main difference is that reserve officers do the job for free." Noble's Chief of Police, Keith Springstead, reinstated the reserve officer program when he came to Noble about two years ago. There are now three reserve officers serving on the police force. A veteran reserve officer, Terry Ford, is the campus police officer for the Noble Public Schools, while Noble's newest recruit, Anthony Valentin, serves simultaneously in the Oklahoma National Guard and as a reserve officer. "The Reserves have a great program," Valentin said. "It works very well out here. We're [the entire force] one big, cohesive unit." Chief Springstead finds the reserves helpful and hopes to eventually expand the reserve officer program as funds permit. Teel maintains that although Noble is a small town, its police officers deal with the same issues found in Norman. The major difference is that instead of working smaller beats like they do in Norman, Noble police officers cover the entire town and are more involved with the investigative side of cases. He said that his second month on the job, someone found a dead body in the woods. The death was later attributed to suicide. According to Teel, one of the advantages of being a reserve officer is that there is more time for training, and almost all of it is free. He maintains that while a full-time officer is required to have 24 hours of continuing education each year, he has logged 121 hours in 2009. "Training classes range from firearms to human relations and everything in between," Teel said. "Next week I'm taking a 40-hour course on pursuit driving." Teel is a certified taser instructor and this year, he became certified for bicycle patrol. Springstead says Teel is a very dedicated asset to the police force, being willing to lend a hand whenever needed, even having spent his own money to take some advanced training classes and purchasing his own bicycle to use while on patrol. Teel rides his bicycle in the parks and along the trails allowing people to feel safe while walking and running. Most recently, he patrolled the downtown area during Noble's Halloween festivities. "Officer Teel brings maturity and a level of experience that is beneficial to the Noble police department and the community that we serve," Springstead said. "He's very approachable for kids who want to look at the bike. It's really a positive thing. He's allowed the Noble police department to provide a level of service that otherwise we wouldn't be able to provide at this time." Teel enjoys his work and is humble about helping the community. "I think that anyone who donates their time will tell you that they get more out of it than they are giving," Teel said. "It has been a great learning experience and an interesting behind-the-scenes look at human nature in all capacities." Teel states that the City of Noble would love to have additional reserve officers and he would recommend it to anyone who has the extra time, is physically fit and is interested in police work. "It's the ultimate reality show. Nothing gets more real than police work," he said. For more information about the Noble Police Department, visit www.cityofnoble.org.