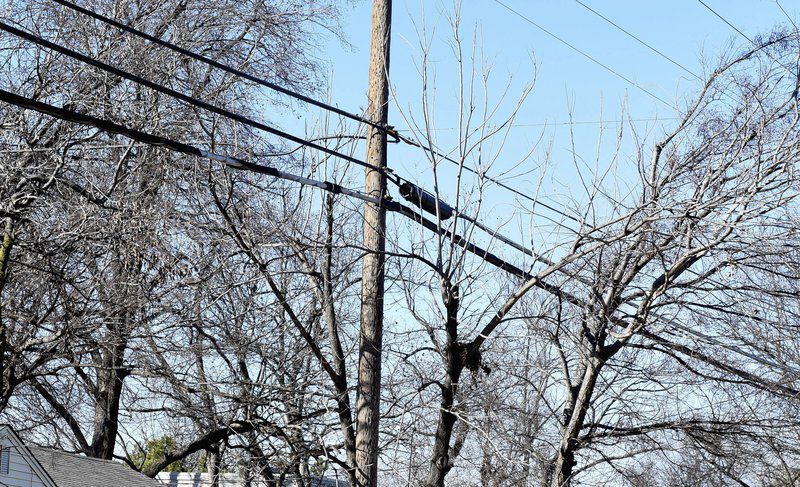 as part of its 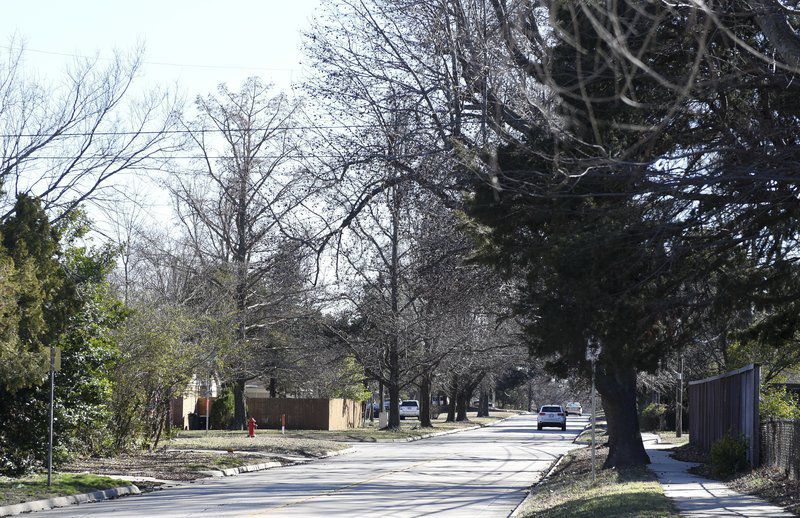 OEC plans to replace trees being removed along Berry Road with ones that are better suited to be under power lines, said Autumn McMahon, Oklahoma Electric Cooperative spokeswoman.

as part of its

OEC plans to replace trees being removed along Berry Road with ones that are better suited to be under power lines, said Autumn McMahon, Oklahoma Electric Cooperative spokeswoman.

A new but familiar tree battle is brewing along Berry Road.

Oklahoma Electric Cooperative this weekend intends to start the long-planned removal of 17 trees along the road as part of its vegetation management program to protect power lines.

A group of residents, led by councilman Joe Carter, may ask a judge to delay the work. Carter said late Thursday afternoon his attorney planned to file the paperwork with the court today.

This was the same issue in 2017 that spurred creation of the city's tree ordinance.

City Manager Darrel Pyle said the city and OEC have negotiated for months on the project and the power company is within its rights to do the work.

Pyle wrote in an email to council members Tuesday night that although the tree ordinance passed in 2017 was designed to protect street trees such as those on Berry Road, "apparently there are loopholes in the ordinance which allow OEC to move forward with their removal plans."

Carter, in his role as councilman, wants the courts to delay the project to give the city council time to close those loopholes. Council members discussed the issue at a Feb. 4 study session and the tree ordinance has been added to the city's March Oversight Committee agenda, Carter said.

"There is widespread interest in the council to revisit this ordinance, and that could take months," he said. "OEC can trim the branches just as they have for 30 years."

Carter contends OEC wants to take down the trees because it will be cheaper than trimming every couple of years.

The presentation also shows that the city granted permission where trees were not healthy because of excessive topping, decay, dropping or no branches, and massive seed production. Five of the trees slated for removal were not deemed unhealthy and the tree ordinance requires a $5,715 administrative fine be paid. OEC would pay that fee and the money would go toward planting the new trees, McMahon said.

McMahon said the company's vegetation management program not only helps power flow, but also increases safety for members and residents. She said there must be 10 feet of clearance between power lines and the nearest branch, requiring tree trimming every one to four years on average.

"This is a painful situation that happens all over the county," he said of the tree versus power line issue. A lot of times the issue comes down to not having the right tree in the right place, he said.

The Berry Road trees were planted in the 1960s by the Lion's Club in an "effort to beautify Norman and add to Norman's sparse landscape," Pyle wrote in his email to the council. "The Berry Road tree canopy is very sentimental to many Normanites."

Carter described the tree canopy as creating a tunnel effect on the road.

Vermillion said he has identified eight tree species that work well under power lines that could replace the sweet gums: Oklahoma redbud, city sprite zelkova, trident maple, Persian parrotia, wireless zelkova, emerald sunshine elm, amur maple and prairifire crabapple. He said the proposed trees would not create the same canopy, but would not need to be trimmed as often.

McMahon said OEC's goal is to make sure homeowners receive a healthy tree that does not pose safety hazards or require repeated trimming.

"We want to make sure we are going above and beyond," she said. "We are working with the city to replant trees that grow the right way."

If court papers are filed and a judge issues an injunction to delay the work, OEC will likely trim the trees, McMahon said. Work was delayed for months during negotiations with the city and now many limbs are close to the power lines, she said.

"Since we continue to delay it gets more dangerous," she said, adding that it is important for work to be done before storm season hits.

Vermillion said "giving them a haircut will alleviate the problem" but isn't a longterm solution. He said some of the trees in question had decay from being topped and others are next to telephone poles creating an unsafe situation.

"I've looked at this project not just at how they are now, but how they will be in the spring and into the future," he said.

Burying the power lines if often suggested as a solution, but it has a costly price tag, Pyle said. It costs an estimated $750,000 to $1 million per mile to bury power lines, he said.

Mayor Breea Clark said she is not sure there is anything that can be done for this Berry Road project, but favors looking at the tree ordinance again and cleaning up any unclear language.

"I admire their passionate feelings on this topic," she said of council members and residents.

Vermillion said he has already suggested a few changes that could be made to the ordinance, such as increasing the fine for removing a healthy tree and adjusting the name to better fit what the ordinance is -- a street tree ordinance.