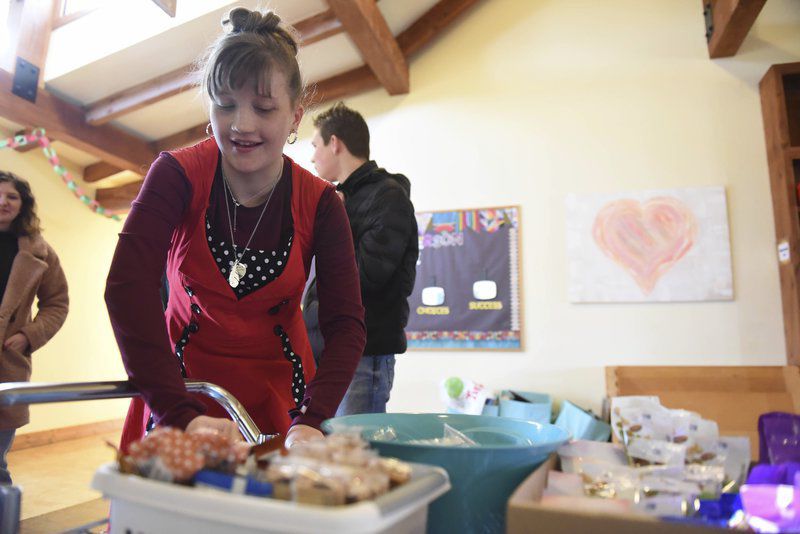 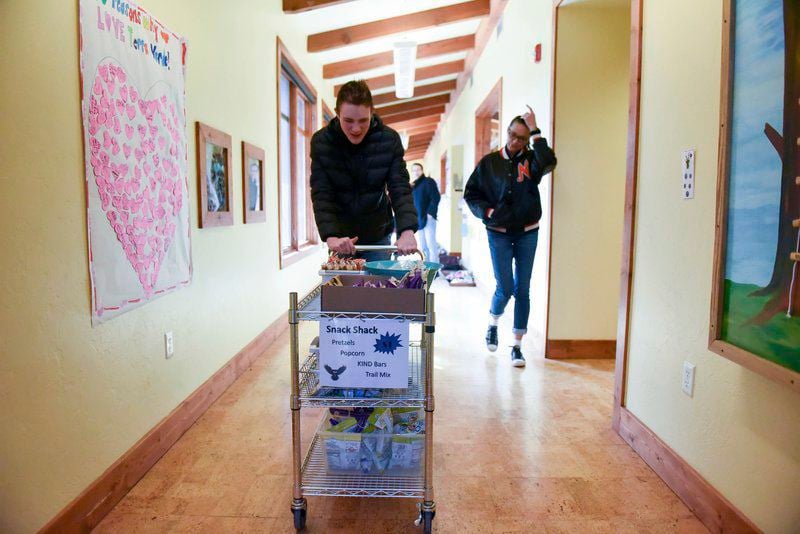 Terra Verde, started by Norman entrepreneur Pete Wilson and his wife Shelly, has previously only offered kindergarten through eighth grades. But this semester, the school is expanding to offer Transitions, a new program for high school-level students with developmental delays or intellectual disabilities.

The school has already grown significantly in the last few years. When Wilson and Shelly started Terra Verde when their daughter Deia was in kindergarten, there were only six or seven students enrolled on a 12-acre campus. The school's programing and grade levels expanded as Deia progressed, and now, the campus serves more than 160 students at its 61-acre campus in east Norman.

As Deia, now in ninth grade, progressed through Terra Verde and graduated from eighth grade, the Wilsons didn't think public school was the right fit for her.

That's where Transitions came in.

Just as Wilson and his family built and expanded the range of Terra Verde as Daya grew, Transitions started this semester with a ninth grade class and will add grade levels as the current ninth graders progress. Transitions will eventually be available to students ages 13-21, Terra Verde headmaster Eric Snyder said.

The program will eventually offer students a high school diploma, but is mainly focused on teaching skills that will set students up for independent living, Wilson said. The goal of Transitions is not to take away from local public schools and their special education programs, Wilson said, but to provide a skill set that many students might not learn otherwise.

"Transitions is focused on teaching them life skills now," Wilson said. "What life skills do we want to teach them? Job skills, social skills, living skills...we believe it's better to teach them now. We continue on with art, music, reading and math, but we're talking everyday math -- we're not talking algebra, calculus, things like that that are not going to help this population."

While Transitions students do engage in regular coursework, Terra Verde has structured their daily education around those practical life skills, Snyder said. Right now, Terra Verde's first Transitions class is already learning some of those skills.

This spring's small ninth grade class of just three students does school lessons in subjects like Spanish or math, but also learns how to navigate everyday activities like shopping, getting around town, dealing with personal finances or housekeeping. Terra Verde uses an online curriculum called Life Centered Education Transition Curriculum to teach academic skills like math in an applicable, accessible way.

"It's really about independent living skills, life skills, and I think philosophically for us and I think the parents that are participating in it right now … basically not putting them in that traditional Algebra I class, when we know cognitively that's a very difficult task for them to ever get to," Snyder said.

Students make grocery lists and order from Walmart, take Norman public transportation into town to pick up their groceries, then head back to Terra Verde to learn how to prep and cook meals. An on-campus house provides them space to cook together and learn how to do laundry or clean.

Every Friday, Transitions students wheel a cart around campus full of healthy snacks and one treat they've made themselves, selling snacks to other students and learning how to make change and market their products. The weekly venture, called Snack Shack, has been popular, Snyder said.

Transitions won't just be adding grade levels in the future. Wilson is hoping to build at least 10 cabins on Terra Verde's campus - which spans 61 acres right now - to provide independent living opportunities for students. Each cabin would house two students, who would also be able to work on campus, Wilson said.

Right now, the school is toying with the idea of having students produce and sell Snack Shacks on a commercial level.

"We envision between 40 and 50 people employed on campus in a private endeavour that they can make a living off of, and then all the profits from the business go into the nonprofit," Wilson said.

Transitions costs $6,000 a year right now. But starting as soon as this spring, Wilson and his family will fully fund four student spots in Transitions, available to the first students who apply and are accepted.

"My wife and I have been very fortunate -- we didn't come from money, and to give back, this is where we want to spend our money and give back," Wilson said. "... There's lots of people in need for something like this."