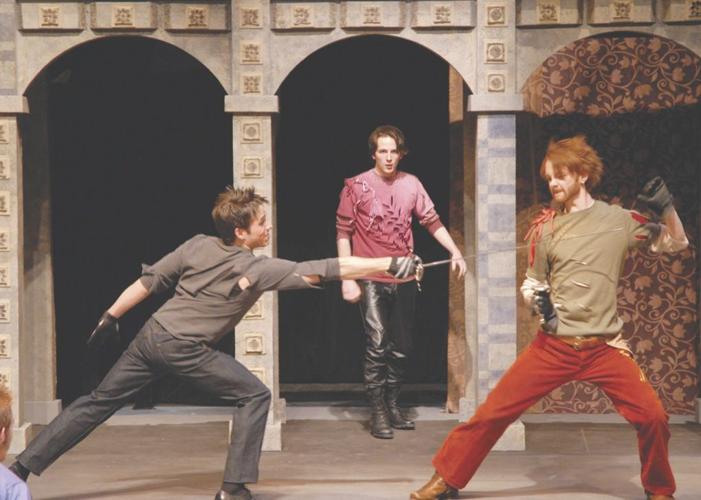 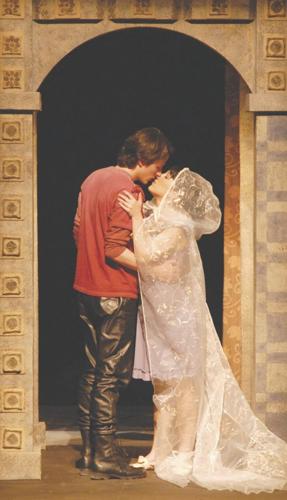 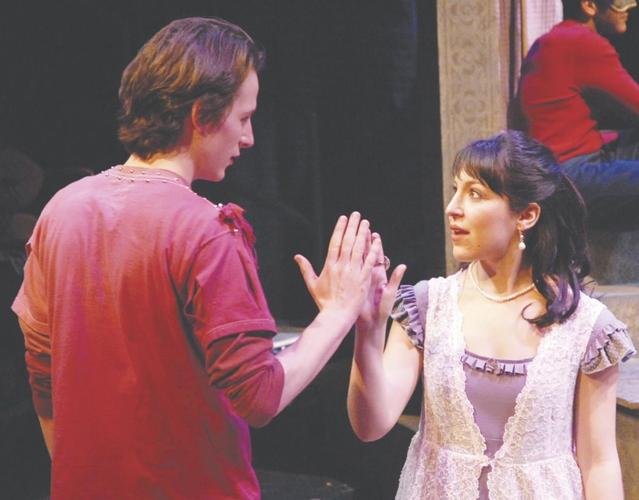 By Julianna Parker Transcript Staff Writer They're often the first couple you think of when planning for a "famous couples" costume party, but Romeo and Juliet will try to take on new life in the University Theatre production that opens today. The actors in the University of Oklahoma production are aware of the challenge created when putting on such a well-known play. "Not only are there so many versions of the story out there, there are so many people out there with ideas about how the role should be done," said Isabel Archuleta, acting performance senior who plays Juliet in the show. "... That's definitely a scary thing." Director Susan Shaughnessy has tried to jump that hurdle by creating a unique style for the production, mixing modern elements with the traditional. What she hopes she's created is a play that clearly presents Shakespeare's most famous love story without getting bogged down in a specific time or place. "Because the play is set in Verona in Renaissance Italy in 1600," she said. "So we thought, 'How do we bring those elements into a contemporary, universal concept?'" The universality of the story has driven the production's interpretation of setting, period and location, said Jordan Callarman, drama senior who plays Romeo. "We just tried to make those aspects fairly neutral to give actors some space to tell the story," he said. Several elements go into creating this style. Scenic designer Barbora Nejedlikova created a set that is subtle, a modern take on Renaissance Italy. Fabric gives a hint of a backdrop by hanging in long strips behind the stage at the Weitzenhoffer Theater. Costume designer Jennifer Cozens designed costumes that are contemporary but modified, with Renaissance designs painted on T-shirts or braided fabric accenting plain tunics. Live music will be performed, featuring modern compositions that mirror the Renaissance style. This contemporary take on the time of Shakespeare is the essence of what Shaughnessy was trying to do, said Clayton Guiltner, assistant director and graduate student at OU. Shaughnessy edited Shakespeare's text, but mainly for time, she said. What is left in the 2 1/2-hour show should clearly tell the story of the star-crossed lovers, she said. The pressure is on the actors to make Shakespeare understandable, she said. But they've stepped up to the challenge. "I used to be one of those people who definitely feared Shakespeare," said Reece Scelfo, drama senior who plays Tybalt in the show. Scelfo said he learned to appreciate the Bard when he saw the beauty and transcendence of his stories. "There really is nothing to be scared of, because we can all relate to Romeo and Juliet -- if anyone's fell in love or wanted revenge," he said. Julianna Parker 366-3541 jparker@normantranscript.com