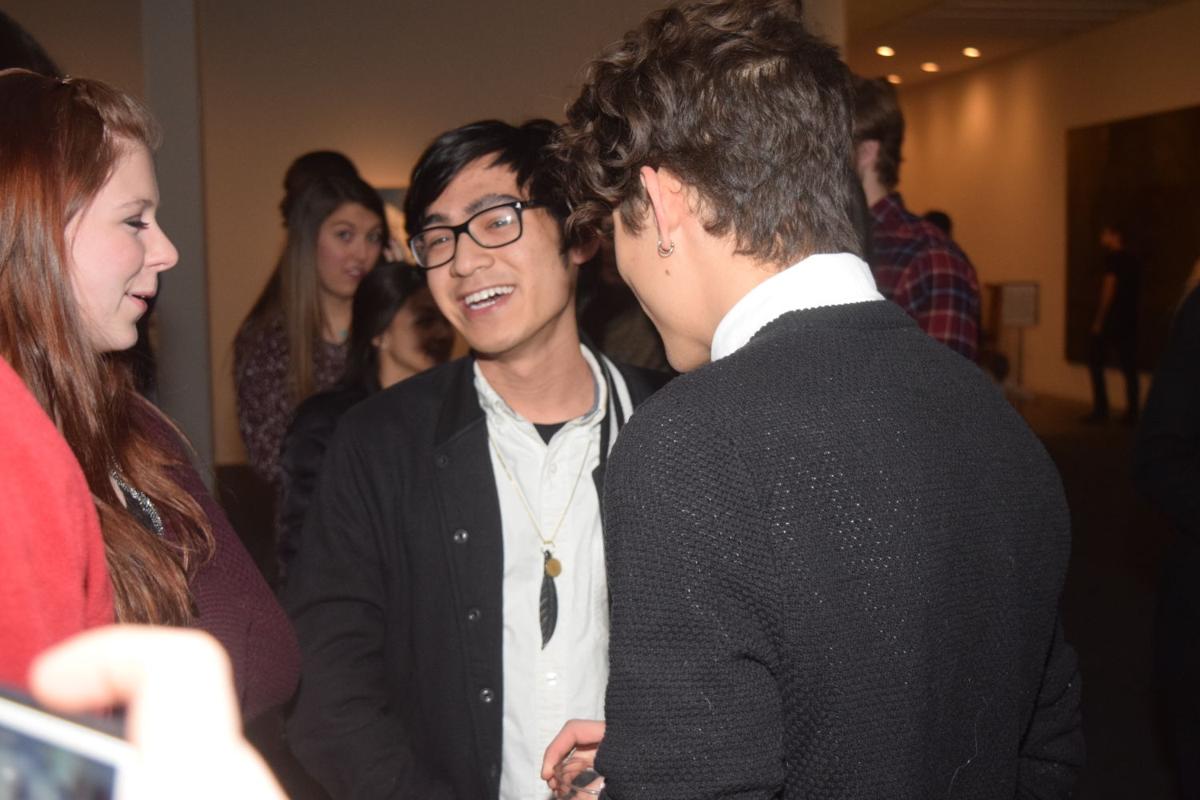 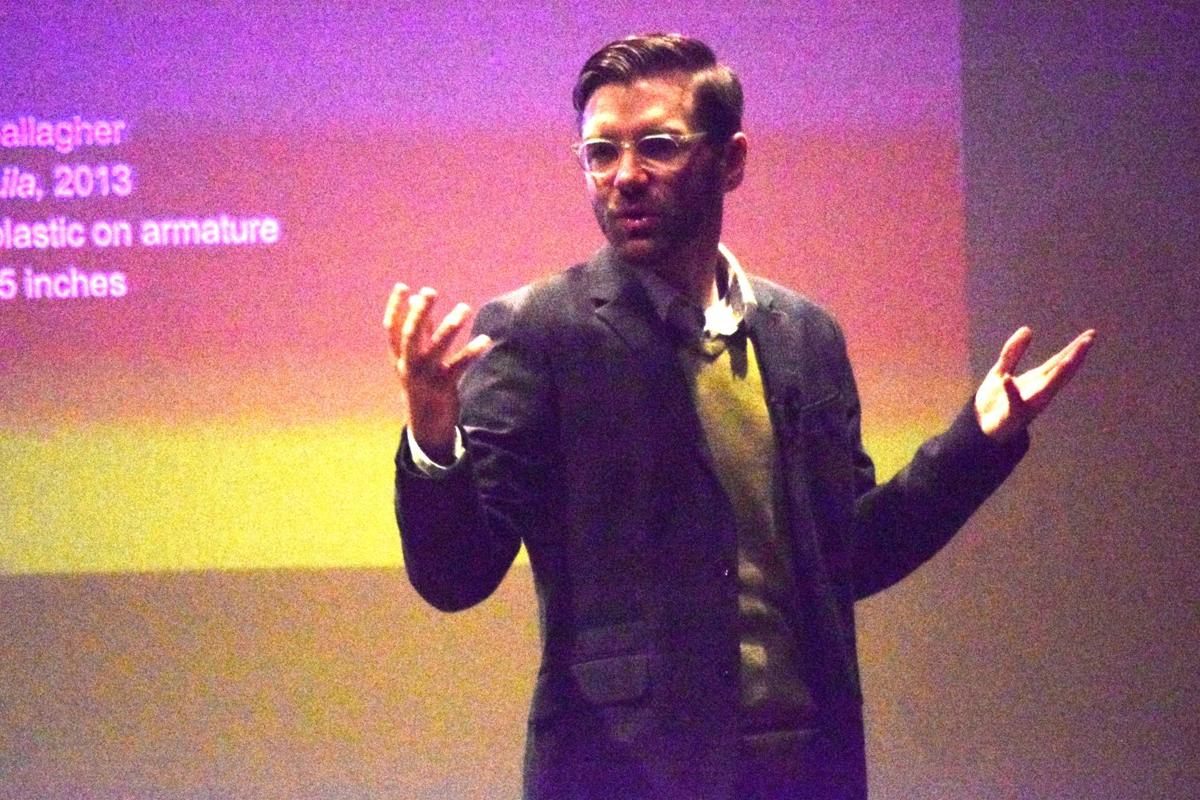 From Minnesota in February to Texas in July, through rain, sleet, humidity and heat in abandoned buildings and goat farms, he’s been around. And while his job at Crystal Bridges Museum of American Art in Bentonville, Ark., now centers on breaking skeptical notions of contemporary art, his job at the Fred Jones Jr. Museum of Art was more in keeping with his road trip.

As the guest curator of the all OU student show he sifted through hundreds of submissions, eventually settling on about 50 works to show in the 101st annual Student Show. Then he had to pick a winner for the Juror’s Choice Award.

Madi Pipkin’s half-suspended wire sculpture “Bertha Glover” won her that prize and a well-deserved boost of confidence for the self-described scribbler with a fondness for drawing old people.

“I’m really shocked. I’m a freshman, so I wasn’t really expecting it at all, but it’s an honor,” Pipkin said. Her inspiration came from a photo of an old woman with her Chihuahua in a 1979 issue of National Geographic. “I love old people, so whenever I saw that picture, I gravitated towards it and had to do something with it.”

Before the awards ceremony, Alligood gave a lecture about that very kind of inspiration. The kind that springs up from the seemingly ordinary. Like the other award winners, Pipkin’s piece showed something different. With so many to choose from, Alligood had to go back to the rubric that he devised for the “State of the Art” exhibit.

“I think a lot of the work demonstrates those three tenets ... So, if you think about Madi Pipkin and her bent wire sculpture, that’s a really innovative way of thinking about a material that is pretty everyday. It’s a new way of approaching something that’s very old. That kind of virtuosity is appealing to an audience,” Alligood said. “It’s nice to see. There are the seeds of future growth and that’s what you want in a student exhibition. You want to see a kind of willingness to take risks and try something new. I think there was a lot of that at this show, so I’m excited to keep tabs on these guys.”

Senior Hoang Truong’s “Visualizing Mental Illness,” won the T.G. Mays Purchase Award, affording him a spot in the museum’s permanent collection. Like Pipkin, he was delighted by the honor, a kind of last hurrah before taking on the world.

“I felt kind of silly up there, like, ‘wait, am I dreaming?’. It was so unreal. It’s such a great feeling,” Truong said. “We’re getting ready to enter the professional world and these are people I grew up with in my college years. I’m just happy that I made it and got to be a part of it.”

Winning that award immortalizes his work in the Fred Jones collection. Art never needed a reason, but that’s a pretty good one. That and getting the chance to show your art with the community that helped you get there.

“I’m used to seeing a lot of work in a short period of time. So, the fun of being a juror at a show like this is you get a great variety of work,” Alligood said. “There’s a great sense of community around here and you see it in the work.”

In his lecture Alligood talked about the perceived centers of contemporary art: New York, Chicago, San Francisco, and Los Angeles. Those are places people associate with the cutting edge of new art. Yet, Alligood doesn't think that art ends at their respective city limit signs. There's more out there. Sometimes, it's right in your backyard.

• Excellence in Film and Video

Ahren Diers — “The Trash Can Monster of Achromatic Street

Nicole Griffing — “The Truth about Oil”

Oscar Dale Lane, 87, passed from this life at his home in Norman, Oklahoma. Oscar was born, raised and lived most of his life in Norman. He left for a time to serve his country in the Korean War with The United States Army. Upon his return, he began his career as an aircraft electrician with…