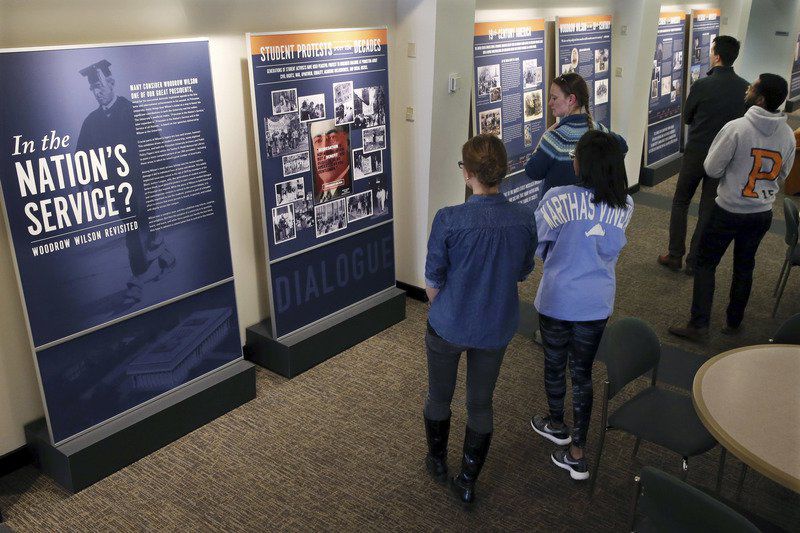 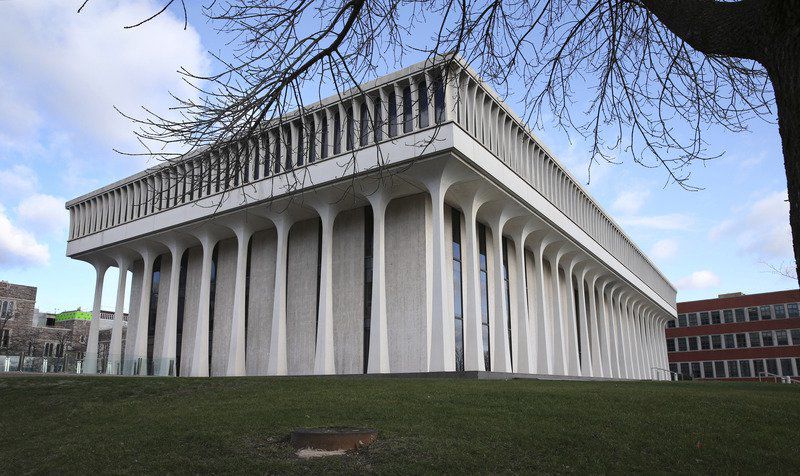 PRINCETON, New Jersey -- Princeton University has announced plans to remove the name of former President Woodrow Wilson from its public policy school because of his segregationist views, reversing a decision the Ivy League school made four years ago to retain the name.

University president Christopher Eisgruber said in a letter to the school community Saturday that the board of trustees had concluded that "Wilson's racist views and policies make him an inappropriate namesake" for Princeton's School of Public and International Affairs and the residential college.

Eisgruber said the trustees decided in April 2016 on some changes to make the university "more inclusive and more honest about its history" but decided to retain Wilson's name, but revisited the issue in light of the recent killings of George Floyd and others.

Wilson, governor of New Jersey from 1911 to 1913 and then the 28th U.S. president from 1913 to 1921, supported segregation and imposed it on several federal agencies not racially divided up to that point. He also barred Black students from Princeton while serving as university president and spoke approvingly of the Ku Klux Klan.

Earlier this month, Monmouth University of New Jersey removed Wilson's name from one of its most prominent buildings, citing efforts to increase diversity and inclusiveness. The superintendent of the Camden school district also announced plans to rename Woodrow Wilson High School, one of the district's two high schools.

"Wilson's racism was significant and consequential even by the standards of his own time," Eisgruber said, adding that the former president's segregationist policies "make him an especially inappropriate namesake for a public policy school."

The trustees said they had taken what they called "this extraordinary step" because Wilson's name was not appropriate "for a school whose scholars, students, and alumni must be firmly committed to combatting the scourge of racism in all its forms."

The school will now be known as the Princeton School of Public and International Affairs, he said. Princeton had already planned to close Wilson College and retire its name after opening two new residential colleges currently under construction but will change the name to First College immediately.

Eisgruber said the conclusions "may seem harsh to some" since Wilson is credited with having "remade Princeton, converting it from a sleepy college into a great research university," and he went on to become president and receive a Nobel Prize.

But while Princeton honored Wilson despite or perhaps even in ignorance of his views, that is part of the problem, Eisgruber said. "Princeton is part of an America that has too often disregarded, ignored, or excused racism, allowing the persistence of systems that discriminate against Black people," he said.

Four years ago, a 10-member committee gathered input from Wilson scholars and more than 600 submissions from alumni, faculty and the public before concluding that Wilson's accomplishments merited commemoration, so long as his faults were also candidly recognized. The committee report also said using his name "implies no endorsement of views and actions that conflict with the values and aspirations of our times."

Princeton will retain Wilson's name on an award given annually to an undergraduate alumnus or alumna since it stems from a gift that requires that the prize be named for Wilson and honor his "conviction that education is for 'use' and … the high aims expressed in his memorable phrase, 'Princeton in the Nation's Service," the trustees said.

Floyd died May 25 after a white Minneapolis police officer pressed a knee into his neck for several minutes even as he pleaded for air and stopped moving.