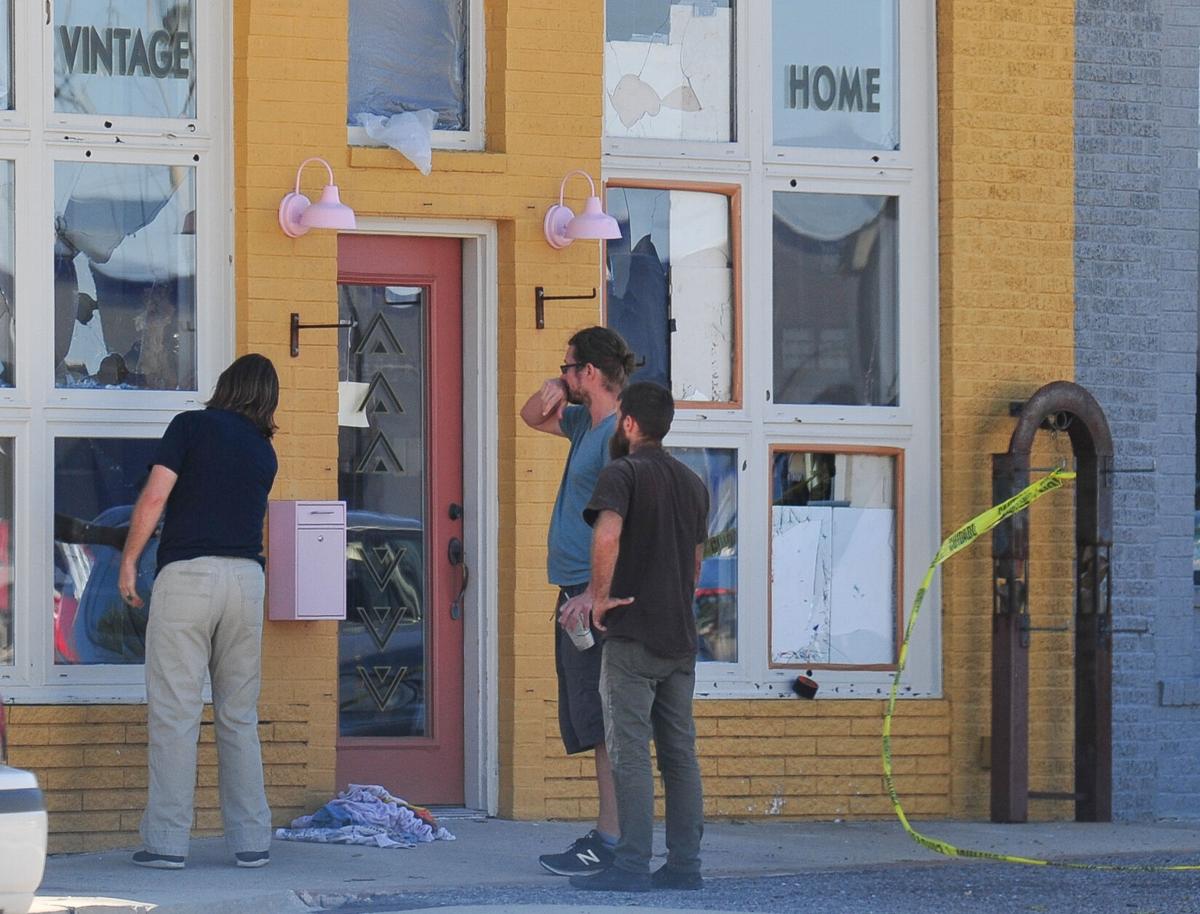 Damage is assessed Monday at STASH after an overnight hail storm damaged windows on the building. 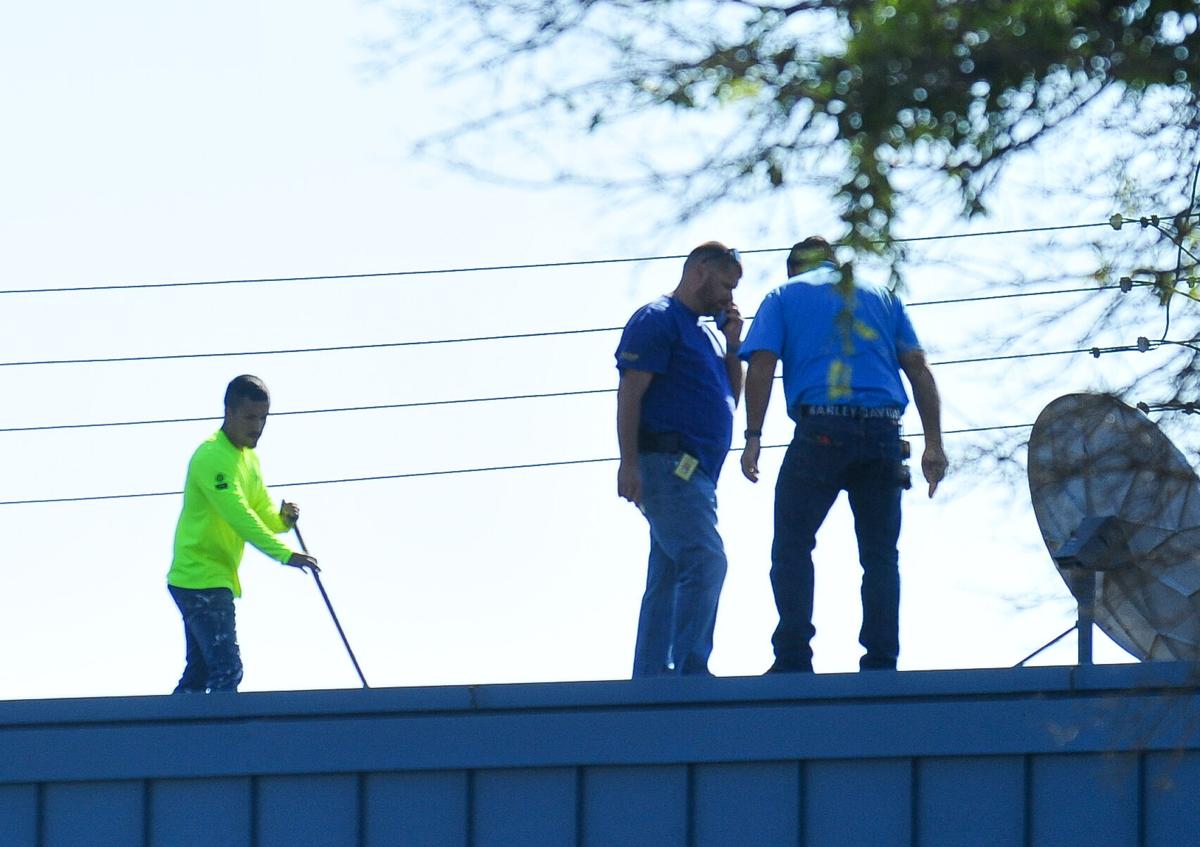 Workers assess storm damage Monday on the roof of Arvest Bank after an overnight hail storm in Norman. 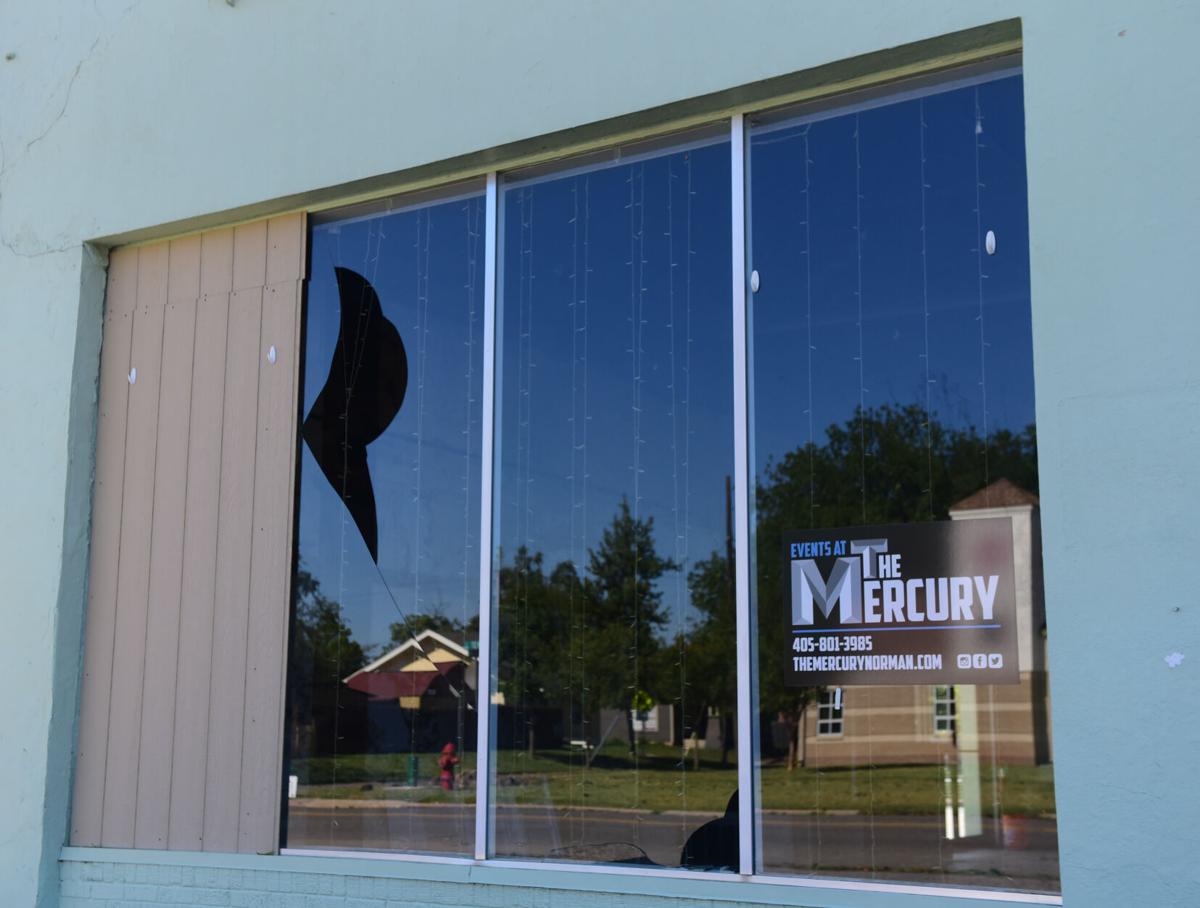 Damaged windows are shown Monday at The Mercury after an overnight hail storm hit Norman. 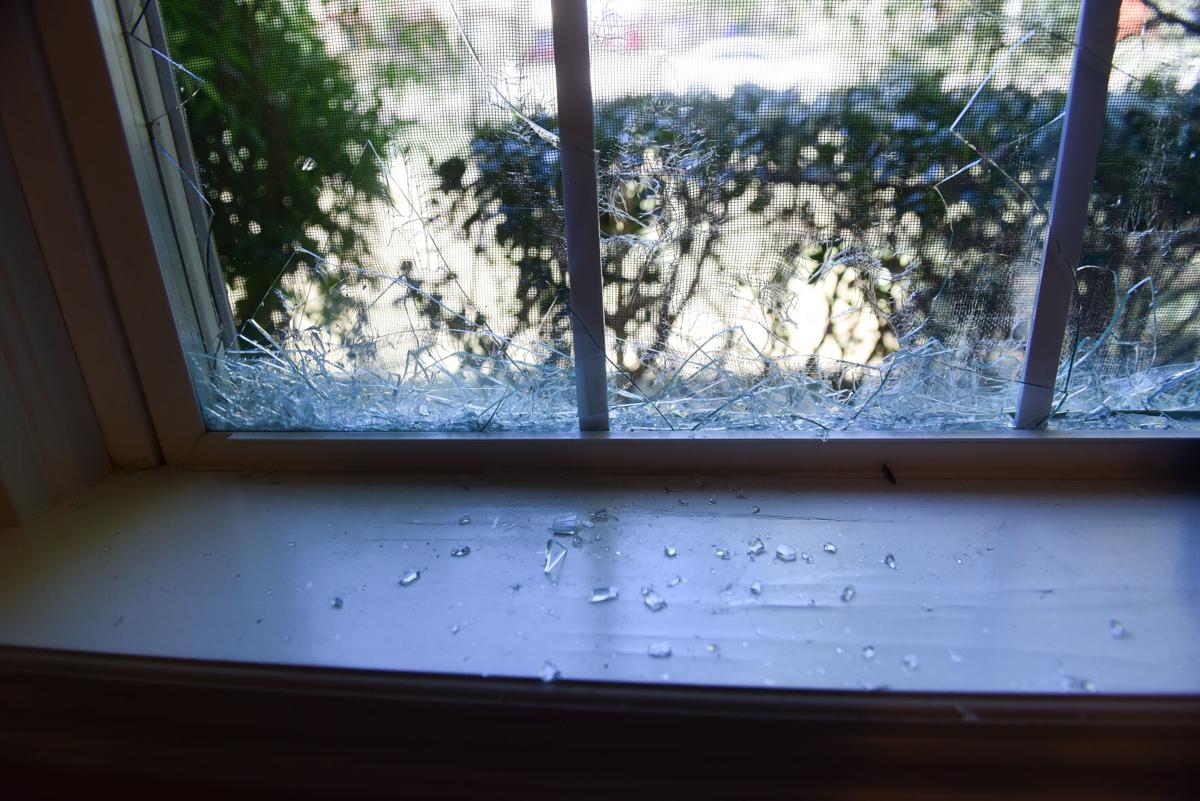 Damage is assessed Monday at STASH after an overnight hail storm damaged windows on the building.

Workers assess storm damage Monday on the roof of Arvest Bank after an overnight hail storm in Norman.

Damaged windows are shown Monday at The Mercury after an overnight hail storm hit Norman.

NORMAN — For the second time this year, Norman business owners are assessing damage and beginning the cleanup process after severe storms came through town Sunday evening.

The National Weather Service in Norman reported up to tennis ball-sized hail and winds reaching 80 mph just before 8 p.m. Sunday. Businesses with north-facing windows in more than five blocks along Main Street were damaged.

Business owners spent part of their Monday boarding up broken windows and sweeping glass off the sidewalks.

Brady Sexton, owner of Scratch Kitchen & Cocktails and the event venue The Mercury, said multiple windows at Scratch were broken from the storm, but all he can do is replace it and move on. Sexton said it’s the first time a window has been broken at the business — he said the awning on the west side of his building usually bears the brunt of the damage.

“I’ve got some window damage at The Mercury again, and we are still waiting on the glass for that from the last hailstorm,” said Brady Sexton, owner of Scratch Kitchen & Cocktails and The Mercury event venue.

Big Brothers Big Sisters Area Director Jeff Moody said the roof on his building was replaced on Saturday only to get totaled again from hail damage Sunday.

Rebecca Bean, owner of the gift store STASH, said all eight businesses on her block have damage including broken windows. Several will need new roofs, she said.

When the rain let up Sunday evening, staff surveyed damage, swept up glass and boarded up their seven broken windows, Bean said.

Bean said Monday they ordered plexiglass from an Oklahoma City-based company and will install that as a placeholder until they get new windows. Aluminum window casings were also damaged, so Bean is looking to file an insurance claim for a front reface.

“Our friend Rustin Sparks offered to make us some permanent holders for around our windows so that we could easily install plywood in case of future storms,” Bean said.

In similar fashion to April’s storm that hit Norman, Bean said people from the community have offered a helping hand.

“We know that our wonderful and faithful friends have our backs, and it could be much worse,” Bean said. “We’re truly grateful.”

D.L. Martin, (92) of Noble, father of Dennis Martin passed away on Oct. 9th. Services in Las Vegas at a later date. Arrangements by McMahans Funeral Home.