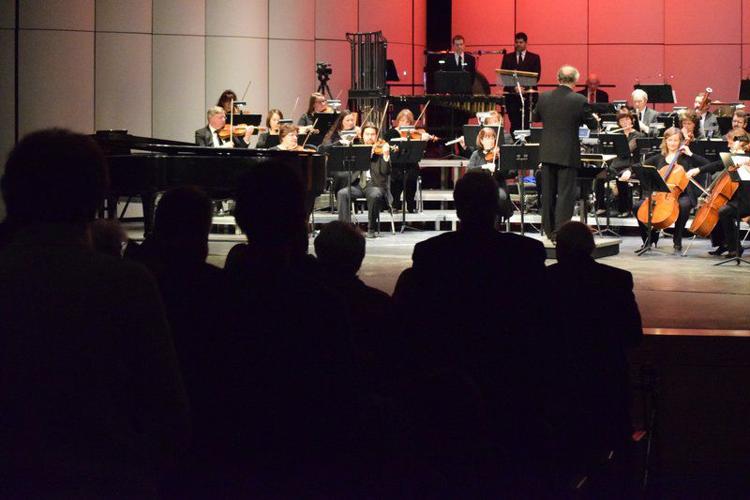 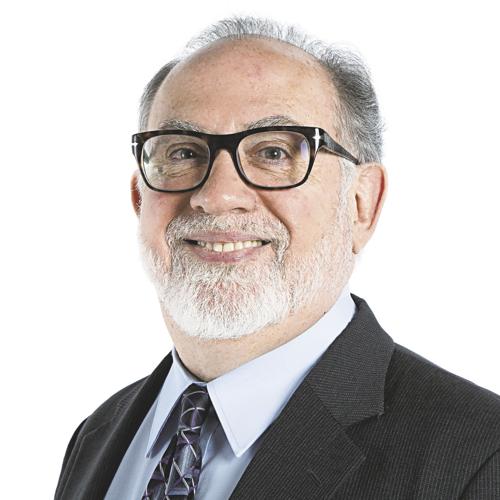 Celebrating the music of the present is what the Norman Philharmonic’s Meet the Composer series is all about.

The Norman Philharmonic will continue that tradition Monday with composer James Oliverio, but when it takes the stage at 3 p.m. at Sharp Hall in Catlett Music Center, 500 W. Boyd St., it also will celebrate Dr. Martin Luther King Jr.’s legacy, its historical impact and what it means today and for the future.

“It’s all about unity, caring for each other, helping those in need no matter what,” Norman Philharmonic Music and Artistic Director Dr. Richard Zielinski said. “To me, this quote from Rev. King says it all: ‘Our lives begin to end the day we become silent about things that matter.’ My hope is that the music and speeches at our MLK event will make people pause, think about what really matters and then go out and do something to ensure civil rights and equality for generations to come.”

The concert will feature the world premier of the orchestral version of Oliverio’s work “Drawn to the Light” and his MLK-inspired “Trumpet Concerto No. 1: World House.”

The latter piece, funded by the National Endowment for the Arts as a collaboration between Oliverio and the Morehouse College Martin Luther King Jr. Collection, consists of five movements: “A Voice from the Wilderness,” “One Human Race,” “A Message of Love,” “One Human Dream” and “A Voice from the Promised Land.”

“My initial inspiration in writing this concerto was Dr. King’s idea of the World House, our one common planet, the only place where people of all races can either learn to live together or ‘perish as fools,’” Oliverio said. “My motivation to continue presenting this work across America is to reinforce the concept of the ‘United’ States, to help remind us that we are much stronger, more productive and ultimately better off living together in harmony than in a divisive human condition.”

The Norman Philharmonic will be bolstered by the OU Combined Choirs, and the concert will feature performances of several types of music, including hymns, civil rights songs and popular songs from the ‘60s.

Zielinski said the concert came together over the course of a few weeks when he reconnected with Oliverio, a former collaborator whom Zielinski had worked with in the ‘90s in Georgia.

He said Oliverio’s works were a perfect fit for a concert on MLK Day and a great way to highlight King’s legacy.

The idea blossomed into a something special with the addition of guest speakers like OU professor and civil rights activist Dr. George Henderson and Dr. Karlos K. Hill, OU African and African American studies professor.

“[Henderson] was very positive and wanted to meet and hear about what kind of program this was going to be,” Zielinski said. “I told him about James Oliverio and his connection to the Morehouse College archives … He was the one that suggested that ‘Abraham, Martin and John’ be added to the program.”

Henderson said music has a special ability to evoke feelings and emotions that foster understanding of the oppressed.

“I am looking forward to musically informing today’s nonviolent community activists and spectators about my generation’s common goal to achieve social justice during the Civil Rights Movement,” Henderson said. “Compared to music, words are often so ambiguous and so misunderstood. Music was the universal language used by Dr. King and his followers to arouse, unite and support one another. I want the audience to vicariously have that experience.

“It is our turn today to be aroused, unite and help make this world a better place for the oppressed.”

By recognizing King’s legacy, he said, we also recognize the accomplishments of countless other persons who did the hard work of transforming his “dream” into positive actions.

“Therefore, Dr. King is the quintessential embodiment of community activism at its best,” he said.

Oliverio said his hope is that the concert and future performances of his works will help inspire people and remind them that King’s words remain strikingly relevant in the 21st century.

“People are often more likely to consider modifying their outlooks or behaviors when there is a strong emotional resonance to an idea, event or cultural experience,” he said. “Music creates the environment in which this can happen. When people join together in a shared temporal experience (which is what music provides), it can help move and motivate them individually and collectively to act in a positive collaborative manner.

“So I hope that by building music upon Dr. King’s concept of all humans living in a shared world house, it can provide a compelling way of not only helping people think about the concept, but also potentially motivate them to apply it in their daily lives.”

Tickets can be purchased through the OU Fine Arts Box Office. Call 405-325-4101 or purchase at Catlett Music Center, 500 W. Boyd St. Tickets are $5 for OU faculty, staff and students, seniors and military personnel. General admission tickets are $9 in advance or $10 at the door.

The public also is invited to attend one of the Norman Philharmonic’s “Meet the Composer: James Oliverio” educational events at 10 a.m. and 12:30 p.m. today in Sharp Hall. Admission is free and open to all ages.

• Admission: Tickets can be purchased through the OU Fine Arts Box Office. Call 325-4101 or purchase in person at 500 W. Boyd St. at Catlett Music Center. Tickets are $5 for OU faculty, staff and students, seniors and military personnel. General admission tickets are $9 in advance or $10 at the door.

“Compared to music, words are often so ambiguous and so misunderstood. Music was the universal language used by Dr. King and his followers to arouse, unite and support one another. I want the audience to vicariously have that experience."