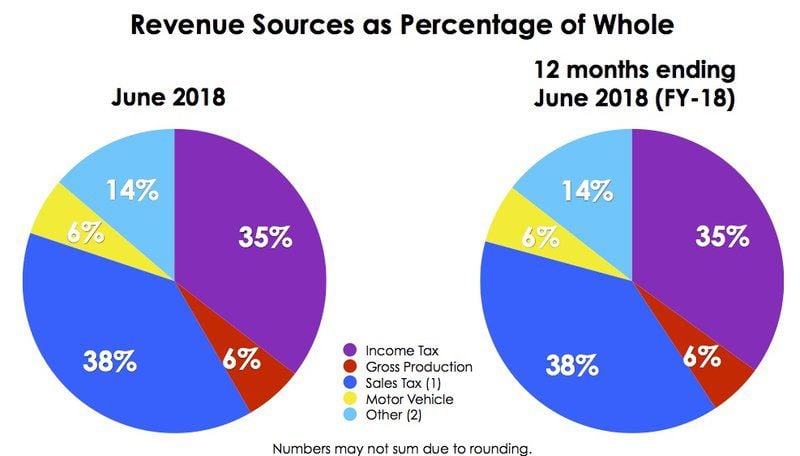 Office of the Oklahoma State Treasurer 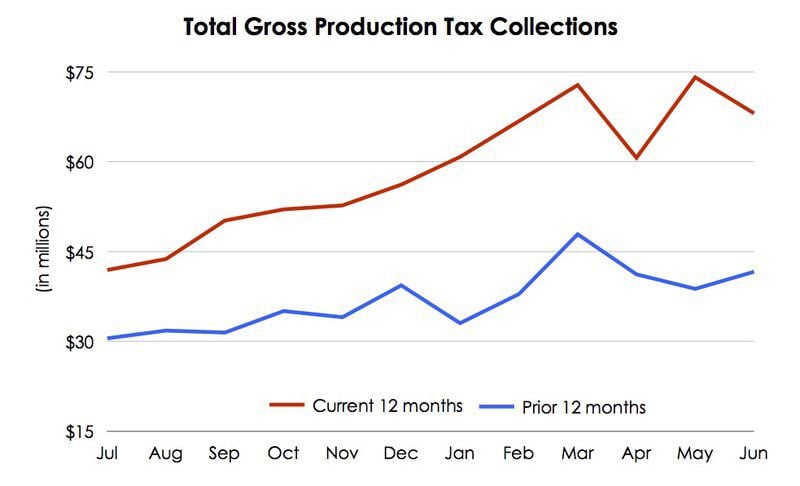 Office of the Oklahoma State Treasurer

Gross Receipts to the Treasury during the past 12 months, at $12.18 billion, are at an all-time high, State Treasurer Ken Miller announced earlier this week. In addition, at $1.1 billion, gross receipts for the month also set a record high for June collections.

“It would appear Oklahoma’s economic engine is hitting on all cylinders,” Miller said. “In addition to the revenue picture, leading and lagging economic indicators paint a positive picture for the state’s economy.”

June marked the 15th consecutive month of positive growth in monthly Gross Receipts to the Treasury compared to the prior year, and 12-month collections have been higher than the previous period for 11 months in a row.

The 12-month report shows growth in all major revenue streams. The report for June collections shows growth in individual and corporate income taxes, along with sales tax and gross production taxes on crude oil and natural gas.

The new revenue accounts for 3.1 percent of June gross receipts. Out of $11.2 billion in gross collections since last August, $308.5 million, or 2.7 percent, has resulted from last year’s law changes.

Tax increases on cigarettes, fuel and gross production signed into law in late March took effect on July 1and will have no impact on collections until next month.

The Oklahoma Business Conditions Index, which summarizes several leading economic indicators, has topped growth neutral for 11 consecutive months. The June index slipped to 61.1, from 68.5 in May. Numbers above 50 indicate anticipated economic growth during the next three to six months.

At 4 percent, Oklahoma’s seasonally adjusted unemployment rate remained unchanged in May, while the U.S. jobless rate dropped by one-tenth of a percentage point from April to 3.8 percent. It marks the fourth time since October 1990 and the second consecutive month that Oklahoma’s jobless rate has been higher than the U.S. rate.

Gross income tax collections, a combination of individual and corporate income taxes, generated $389.7million, an increase of $18 million, or 4.8 percent, from the previous June.

Gross production taxes on oil and natural gas generated $68.1 million in June, an increase of $26.4 million, or 63.5 percent, from last June. Compared to May reports, gross production collections are down by $6 million, or 8.1 percent.

Other collections, consisting of about 60 different sources including use taxes, along with taxes on fuel, tobacco, and alcoholic beverages, produced $151.1 million during the month. That is $5.5 million, or 3.5 percent, less than last June.

Gross revenue totals $12.18 billion during FY-18. That is $1.2 billion, or 11.1 percent, more than collections from the previous fiscal year.

Gross income taxes generated $4.3 billion for the period, reflecting an increase of $334.8 million, or 8.5 percent, from the prior 12 months.

Oil and gas gross production tax collections brought in $699.9 million during the 12 months, up by $257.2 million, or 58.1 percent, from the previous period.

Motor vehicle collections total $768.7 million for the year. This is an increase of $15.1 million, or 2 percent, from the trailing year.

Other sources generated $1.8 billion, up by $145.5 million, or 9 percent, from the previous fiscal year.