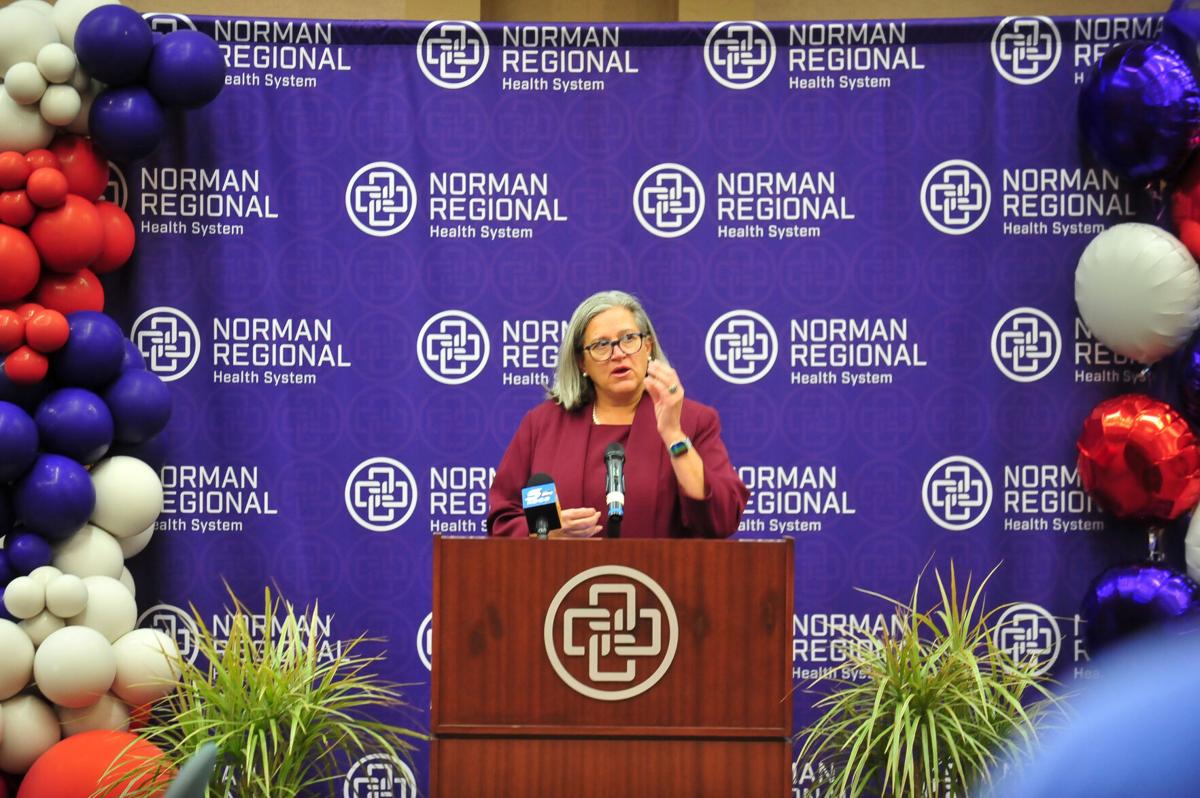 Dr. Julie Anne Hoff speaks during an announcement of a collaboration between Norman Regional Health System and Fran and Earl Ziegler College of Nursing at the University of Oklahoma Health Sciences Center. 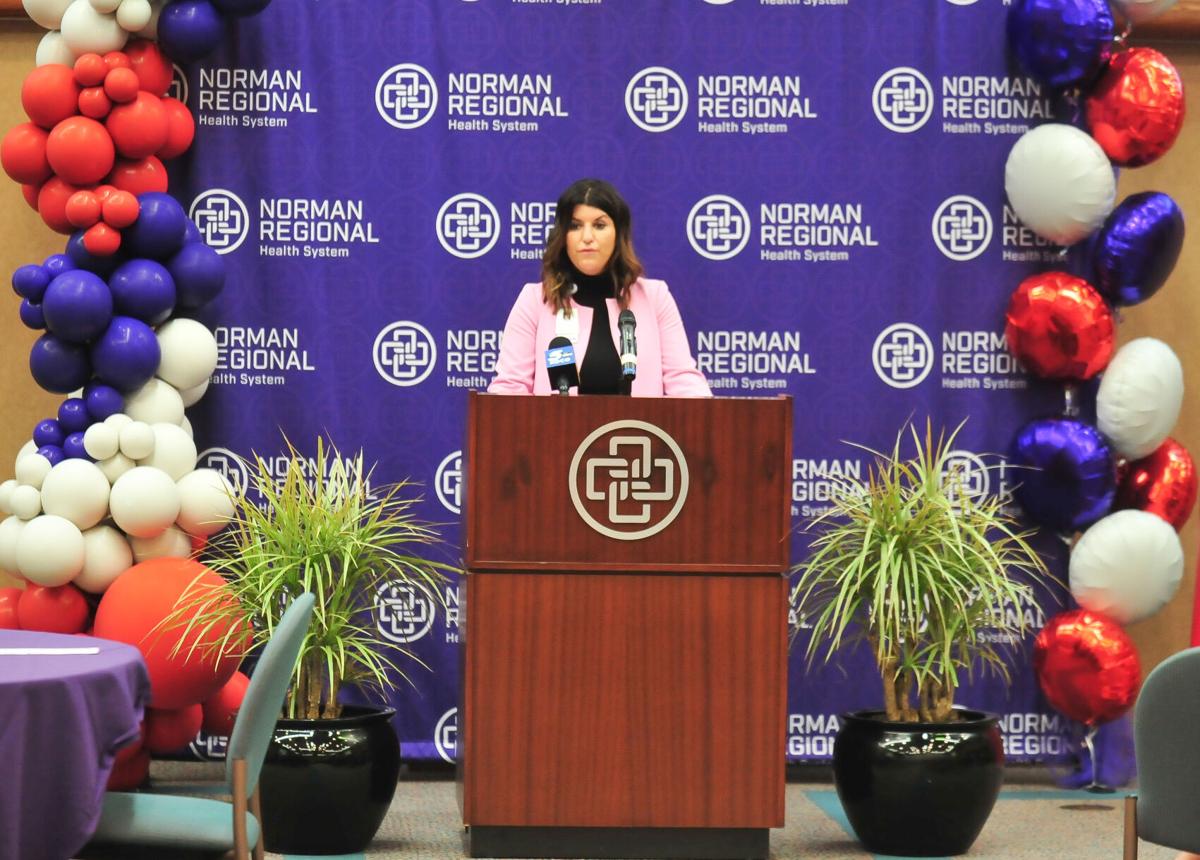 Brittni McGill, Chief Nursing officer NRHS, speaks during an announcement of a collaboration between Norman Regional Health System and Fran and Earl Ziegler College of Nursing at the University of Oklahoma Health Sciences Center. (Kyle Phillips / the Transcript)

Dr. Julie Anne Hoff speaks during an announcement of a collaboration between Norman Regional Health System and Fran and Earl Ziegler College of Nursing at the University of Oklahoma Health Sciences Center.

Brittni McGill, Chief Nursing officer NRHS, speaks during an announcement of a collaboration between Norman Regional Health System and Fran and Earl Ziegler College of Nursing at the University of Oklahoma Health Sciences Center. (Kyle Phillips / the Transcript)

The University of Oklahoma has partnered with Norman Regional Health System to create a new school of nursing campus option in Norman, further expanding its program in a time when nurses are in high demand but hard to find.

Opening in August 2022, the new Fran and Earl Ziegler College of Nursing campus will be located at NRHS and provide a partnership between two of the city’s marquee employers. Executives at both the university and the hospital said they hope the new school will ultimately lead to more nurses in the Norman area.

The new campus will be open at the beginning of next school year in August of 2022.

Oklahoma has long struggled with a nursing shortage that has only been exacerbated by the COVID-19 pandemic; this program hopes to offer a solution to this problem, said Brittni McGill, chief nursing officer at NRHS.

According to the Oklahoma Nurses Association, the state currently ranks 46 in the nation for nurses per 100,000 residents with about 700. It’s below the national average of 1,100.

“This creative, innovative and programmatic approach is (meant) to do something about that and to produce more bachelor’s-prepared nurses for our communities,” she said.

Students will receive their didactic education at the NRHS’ education center located at their Porter campus and then will do clinical rotations at both Norman Regional and the HealthPlex, McGill said.

Julie Anne Hoff, the dean of the Fran and Earl Ziegler College of Nursing, imagined this idea after realizing OU and NRHS were in constant competition for nurses. The university needed them to be educators to train future nurses while NRHS needed them to be active on the frontlines, she said.

The purpose of this partnership is to utilize what both entities bring to the nursing world and to help educate the nurses of the future, she said.

“So one of the biggest challenges to nursing school is there’s a shortage of faculty,” Hoff said. “So even though there’s a shortage of nurses we can’t produce nurses fast enough to meet the demand because of the shortage of faculty and the shortage of space. So, by coming here, where we’ve got access to space and we’ve got access to clinical experts that are practicing every day, we’re going to use a kind of a combined traditional faculty model, along with a practitioner teacher model.”

This new campus will not make the Oklahoma City branch moot by any means nor will it require any additional prerequisites to attend, Hoff said — rather, this will just spread the OU College of Nursing across two campuses as opposed to the one they have in the city.

In addition to providing another campus, this new location will also allow nurses to get plugged into NRHS with a goal of keeping nurses in the Norman community once they graduate, she said.

“These communities need nurses,” she said. “The idea is this will increase the access to nursing education for maybe a student that couldn’t travel to Oklahoma City or another university that offers a baccalaureate education, it’s right here in Norman. Oftentimes that can be an employee here who might have worked here for three or four years to get all of their prerequisite courses and now they can even try to go to school here.”