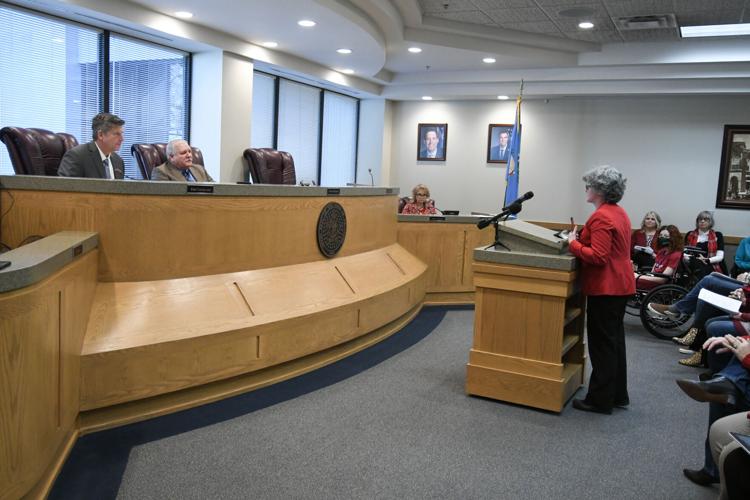 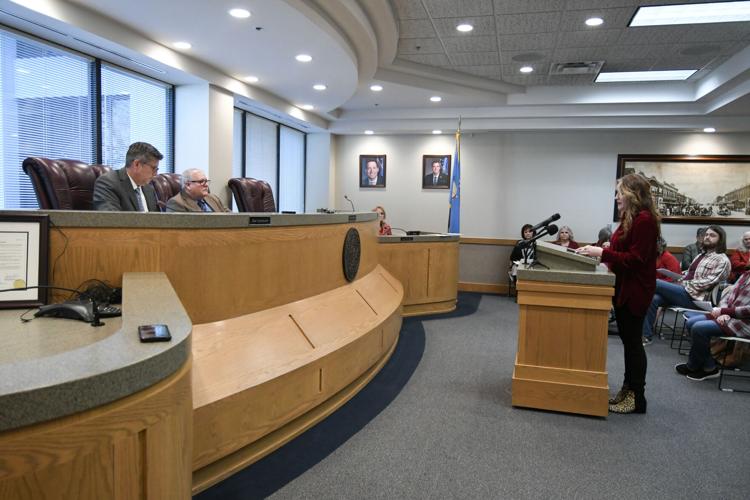 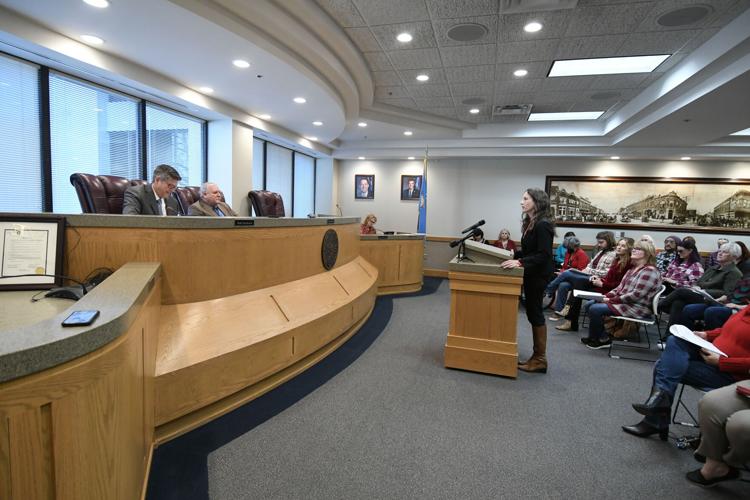 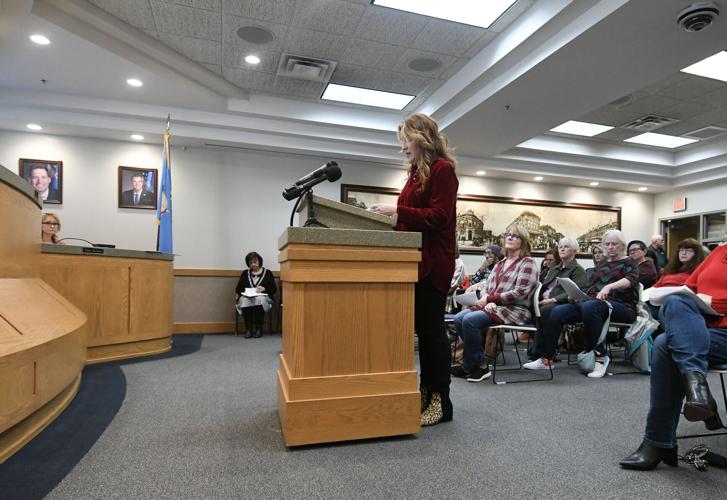 They addressed the commission during its regular meeting. Following the public comment portion of the meeting, commissioners met in private to discuss “pending investigation, claim or litigation” regarding the county jail.

Several residents addressed the commission, including Allison Palmer, who said she is the mother of an incarcerated son.

“I have a son with mental illness who has been in the jail and has not been having good access to mental healthcare himself,” Palmer said, adding that mental health often falls to the jail because patients don’t get adequate care in the community.

Stephen Ellis said resources locally run on “a shoestring” budget, but that the resources exist without the jail having to duplicate services.

“I hope you’ll think about how you can reach out to various groups who can assist,” Ellis said. “You can reach out and we can figure out how to best handle these kinds of situations in the jail because its inexcusable for people to have lost their lives.”

Most who addressed the commissioners wore red shirts that matched the shade of lipstick worn by Hanchett, a popular business owner and mental health advocate.

Kate Bierman, a friend of Hanchett, asked for answers especially since commissioners were to convene in executive session to discuss matters at the jail.

“I’m here today to ask for both your actions and your words,” Bierman told commissioners. “And I hope when you come out from that, you will have both actions and words for us … words to tell us how you feel about what has happened in the facilities under your control, and I ask for your actions to tell us what you’re going to make sure these things don’t happen again.”

Bierman added that everyone wanted action and change, but that everyone is also watching for what they do and don’t do, say and do not say.

Megan, whose last name was inaudible, said she wanted the commissioners to feel the sense of urgency she does.

“We have children who are going to bed without their parents,” she said. “It’s unacceptable.”

Cynthia Rogers pointed to the two deaths as evidence that it is not a matter of if but when it will happen again.

“This is our tax dollars that go to fund this facility and we should have the say in making sure people don’t go there to die, that people get the care they need,” Rogers said. “You’re in a position to do something about it. Please do so.”

The jail deaths are under investigation by the Cleveland County Sheriff’s Office.

Executive Sessions, when a body meets behind closed doors, are not open to the public according to the Open Meeting Act.

While commissioners did not provide answers about the investigation during the meeting or following closed session, they responded to The Transcript’s request for comment via email.

District 1 Commissioner Rod Cleveland said the deaths were tragic but wanted to reserved comments until the investigation was complete.

“There are many questions that we all are awaiting to be answered,” Cleveland said. “I am awaiting a final report on the incident and will be looking into corrective measures and policies to limit or prevent a tragedy like this in the future.”

District 2 Commissioner Darry Stacy, did not attend the meeting but offered a statement about funding to increase mental health services planned for the jail. He noted that American Rescue Plan Act (ARPA) money has been set aside for such a purpose.

“Unfortunately those with mental health conditions are over represented in our County jails across the country,” he said. “However, I am excited about the fact that we have assigned ARPA funds to address the growing crisis of those suffering from mental health issues who are in our Cleveland County jail.

“I wish we had been given the opportunity to make this substantial investment years ago to partner with other providers in our community to help those who are in so much need.”

According to the county’s 2022 Recovery Plan, $8 million was earmarked for behavioral health services at the jail and another $5 million set aside for the Alan J. Couch Juvenile Detention Center.

“I want to offer my sincere condolences to the families and all involved,” Grissom said. “The information regarding these cases have not been finalized and we are waiting for that information.

“I give my respect and sincere concern for this issue and I appreciate those who came today to express their views and concerns.”