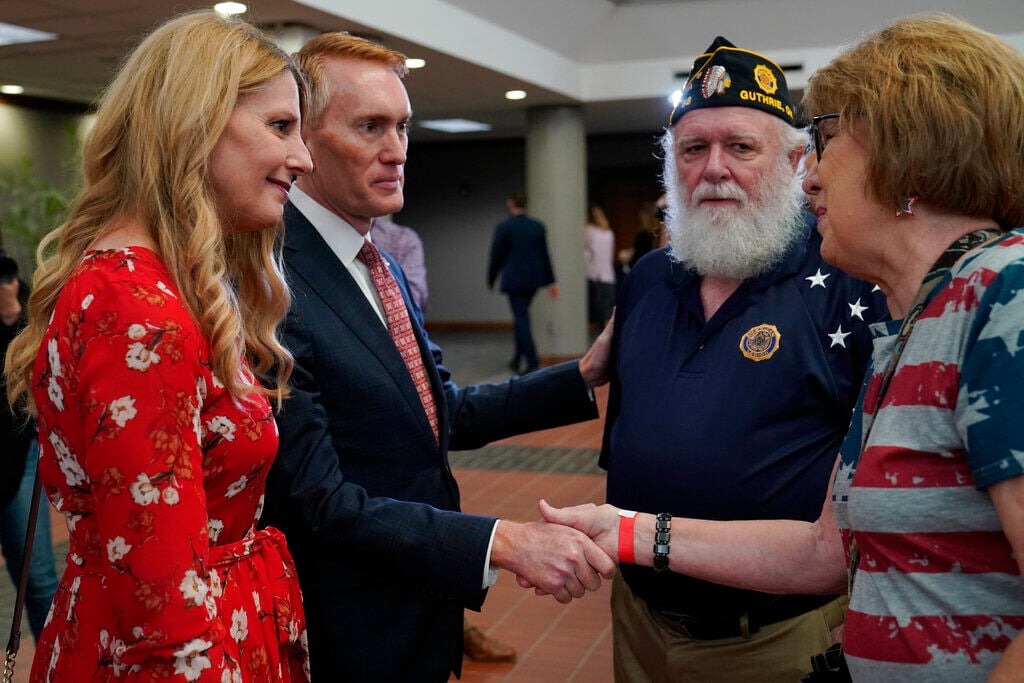 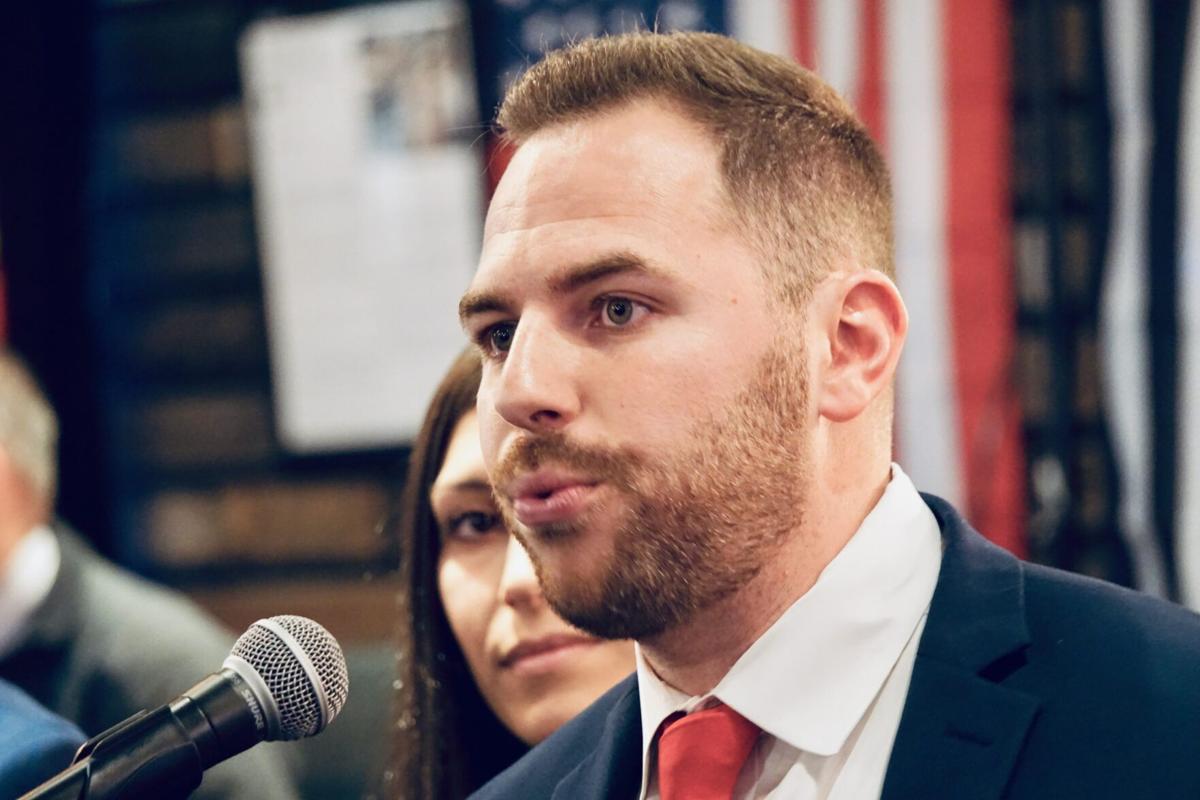 NORMAN — In election years past, Sen. James Lankford’s fate in the Republican primary might have been clearer.

Lankford enters the 2022 primary as the incumbent candidate with significant support within the state, factors that would usually point to a clear-cut victory, experts said. But as the primary approaches, Lankford faces what could be an increasingly viable challenger in 29-year-old pastor Jackson Lahmeyer.

In a race that has received national attention and split the state Republican party in two, the question remains whether Lahmeyer is a threat to Lankford’s seat.

Lankford has drawn endorsements from high profile Republicans including Mike Pompeo, the former National Security Advisor under President Donald Trump; Newt Gingrich, former Republican Speaker of the House; every statewide elected official in Oklahoma and, as of Thursday, the Susan B. Anthony List, a pro-life group.

Meanwhile, Lahmeyer has drawn endorsements from fringe figures of the Republican party, many of whom rose to prominence via their connections to former President Donald Trump.

In the past, if an incumbent senator from Oklahoma received Gingrich and Pompeo’s endorsements, it would be the end of the road for challengers. Now, that’s not the case, said Rachel Blum, an associate professor of political science at the University of Oklahoma.

“We’ve seen people who are conspiracy theorists and QAnon adjacent win congressional seats in primaries,” Blum said. “So the question is, who can best mobilize their supporters? In a primary election, you usually see the most dedicated, the most ideological and the most activist people voting. and in this instance, my instinct would be that those would be Lahmeyer supporters.”

Usually, a candidate like Lahmeyer wouldn’t win regardless of their base, because the incumbent has the backing of the party. But Lankford doesn’t have that advantage.

John Bennett, chair of the Oklahoma GOP, is throwing himself behind Lahmeyer this year, making the race that much more competitive, Blum said.

The end-all-be-all in this race will more than likely be Trump’s endorsement choice, said Allyson Shortle, professor of political science at OU. It’s clear he’s influencing the way both candidates campaign, she said.

“It is undeniable that Trump is hanging over this race,” Shortle said. “Lahmeyer is a Trump loyalist, and he’s campaigning on that. Lankford has voted with Trump 90-plus percent of the time, so he doesn’t necessarily disagree with Trump on most things either, and yet Lahmeyer is bringing Trump into the conversation and trying to paint himself as the Trump disciple here.”

Lankford requested Trump’s endorsement for re-election in March, according to Axios, but Trump hasn’t publicly endorsed him yet.

Lahmeyer has not requested Trump’s endorsement; the candidate has said he hopes the endorsements he currently has will eventually lead to Trump’s support.

Until that happens, it’s still a tight race. Until then, Shortle said she believes Lankford has the upper hand.

“Lankford knows that he needs to dampen the effect of Lahmeyer being able to paint himself out as the Trump candidate,” she said. “At the end of the day, what I think is going to happen is in so many dimensions, Lankford is just not the perfect foil for Lahmeyer, because they’re too similar and Lankford has more money. So the only way for Lankford to lose his election is by making some really bad moves.”

Lahmeyer’s allegiance to Trump has gained him some momentum.

The candidate’s June rally in Norman drew 1,000 people, while his Wednesday rally in Tulsa had several hundred in attendance. His upcoming rally, set for the end of September, has already sold over 1,000 tickets.

“You can tell from his rallies who he is,” said Gail Barth, a Lahmeyer supporter from Edmond. “I think it’s because of who is standing with him during the rallies, like General Flynn and others that have been mistreated that I think are trying to save our nation.”

Barth said she’s mainly drawn to Lahmeyer over Lankford because of Lahmeyer’s unfettered devotion to Trump and those who are like him.

Lahmeyer has rallied his supporters around the false narrative that the 2020 election was stolen and that Democrats are coming to strip Oklahomans of their rights. He’s pandering to the fear of his base, which rallies his voters to the polls, Blum said.

The message of “vote for me because of all I’ve done” is not as strong as it once was because of this fear-based messaging, she said.

“Lankford has resources to mobilize a get-out-the-vote campaign,” Blum said. “But the more we get into this and the more Lahmeyer is using Trump’s playbook and using the QAnon candidate playbook, the more possible it becomes for Lahmeyer to mobilize his activists supporters in a primary.”

If voter turnout is high during the primary, Lankford will more than likely win, Blum said. But a low voter turnout could lead to a win for Lahmeyer.

After six years in the Senate, Lankford’s support in Oklahoma still runs deep.

In June, an Amber Integrated poll found that his approval rating stands at 54% among Oklahoma voters and at 71% among Republicans.

“Any challenge to Lankford in a primary will be an uphill climb,” the firm said in the poll.

No polling on Lahmeyer is out yet, leaving his polling performance unknown.

Like Lahmeyer, Lankford has rallied supporters at events this summer. At two fireside conversations between Lankford and Pompeo in Tulsa and Edmond, Oklahomans came from across the state to hear the two talk. Those who attended said they were all in on Lankford.

Oklahoma state Senate Pro-Tem Greg Treat, R-OKC, said at Lankford’s Edmond rally that he believes Lankford is an invaluable asset to Oklahoma, and deserves to be sent back to D.C.

“James and Cindy first and foremost are just good, hard working people, so I’ve seen how they serve the community and their heart for the community,” Treat said. “But I’ve also seen he’s a consistent conservative that never wavered from telling the truth, and is honest with his constituents and somebody who is well respected within DC as well.”

A test of the party

Across the country, Republican politicos have been using races like Texas’ 6th District and Ohio’s 15th District as litmus tests for Trump’s grasp on the party.

But Blum said a statewide election like the one happening in Oklahoma could be the ultimate litmus test. The primary election is set to happen on June 28, 2022, and the general election Nov. 8, 2022.

But none of these are strong tests for his grasp on the party, Blum said. The race must test a state’s whole GOP electorate to give a definitive picture of what’s happening.