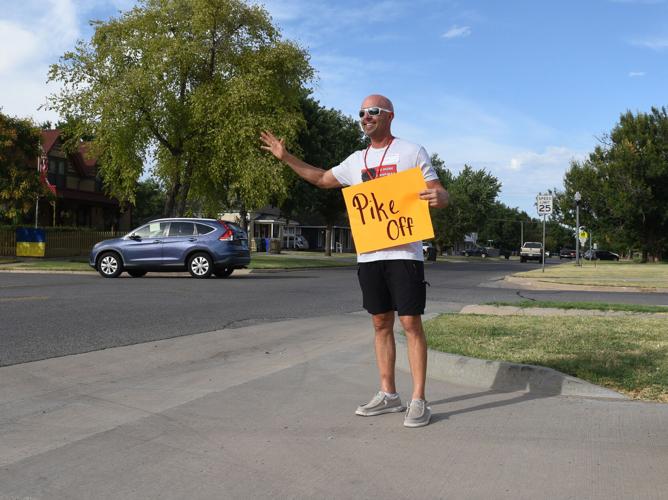 Brian Houck holds a sign Thursday, July 21, before a Pike Off OTA meeting at The Mercury. Two lawsuits against OTA are ongoing. 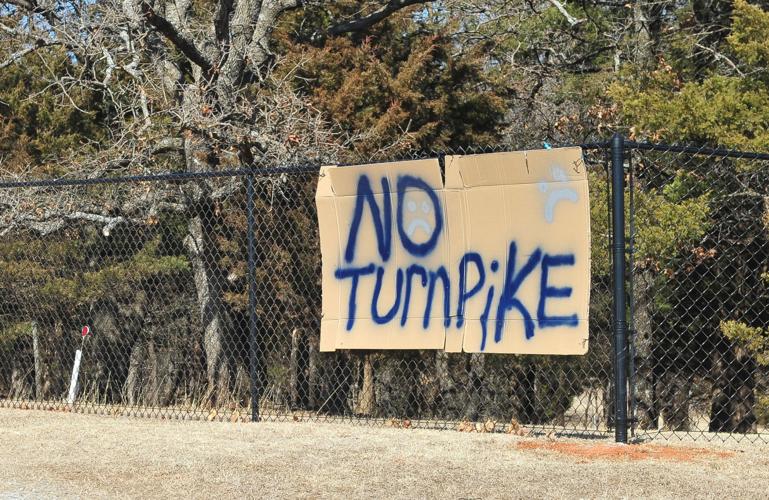 Signs protesting the turnpike along the 8400 block of Indian Hills Road.

Brian Houck holds a sign Thursday, July 21, before a Pike Off OTA meeting at The Mercury. Two lawsuits against OTA are ongoing.

Signs protesting the turnpike along the 8400 block of Indian Hills Road.

The Oklahoma Turnpike Authority filed two motions that have halted the discovery and deposition of employees and board members in an open meeting lawsuit filed by more than 200 residents in May.

OTA’s 15-year long-range plan is set to include two new turnpikes in Norman — one in east Norman from Interstate 40 south though the Lake Thunderbird Watershed to Purcell, and another along Indian Hills Road.

Norman residents hired Stan Ward, who has accused OTA of violating the state’s Open Meeting Act, with insufficient information missing from its January and February agendas related to the turnpikes.

OTA previously argued in Cleveland County District Court that the Oklahoma Supreme Court has sole jurisdiction over the agency’s legal challenges, but Judge Timothy Olsen sided with Ward that in matters of the open meeting act, the lower court should decide.

Meanwhile, Ward filed a protest with the supreme court that asked justices to refrain from hearing OTA’s application to validate the issuance bonds for turnpike projects.

Discovery documents for the lawsuit were due Friday, when OTA filed its emergency motions, and depositions were set to begin Monday, said Ward’s co-counsel Richard Labarthe.

The delay was a surprise because Labarthe and Ward have agreed to expedite the case.

“It’s unfortunate because we were really on a rocket-docket,” Labarthe said. “We agreed to it, to push it along on the thesis that it’s probably best all around to determine this sooner rather than later. Litigation so often drags on incessantly. We thought, if we’re right, then surely the [Oklahoma Turnpike] Authority would like to know that sooner rather than later so they can come out of the box and do it properly.”

Councilor for Ward 5, Rarchar Tortorello was disappointed to see the delay. His ward is the most impacted by the proposed turnpike projects.

“This has always been about transparency,” Tortorello said. “In order to prove a willful violation of the Open Meeting Act, we need OTA to be open and share the background and history of what they were doing, when they were doing it, and most importantly — why they tried to keep this a secret from the City of Norman and my constituents.”

Court records show OTA has asked Olsen to stay the discovery and depositions pending the high court’s hearing of an application to for the supreme court to assume jurisdiction of the lawsuit. OTA filed that application on Sept. 8.

A hearing on Ward’s protest to stay the bond validation hearing was conducted by a Supreme Court referee Sept. 13. Referees report findings to the supreme court judiciary ahead of other pending proceedings.

OTA spokeswoman Brenda Perry Clark said its motion to the district court was to give notice that the supreme court will decide whether to stay or proceed with the bond validation hearing.

Olsen had not yet ruled on OTA’s motions to stay discovery and block depositions.

Labarthe’s response to the court indicated who would have been deposed Monday.

Gene Love, OTA board member, was to testify regarding ACCESS and “all facets of the Kickapoo Turnpike extension,” and preparation of the agendas.

OTA Deputy Director Joe Echelle would have been forced to testify regarding his role in “secreting” the Kickapoo Turnpike Extensions “until they were disclosed in the director’s report at the end of Feb. 22, 2022,” Love said.

Transportation Secretary Tim Gatz would have been asked the same questions, the record indicates.

OTA Board Member Dana Weber and Jenny Johnson, an OTA employee, would be asked to testify to their role in the agendas, but Johnson would also be questioned about her training in the Open Meeting Act, preparation of agendas and her knowledge of turnpikes planned in Cleveland and McClain counties.

A long list of other witnesses were also to be asked to testify, Labarthe’s motion reveals.

As the motions make their way to rulings, Tortorello said residents are left with questions.

“Drastic changes are coming our way, and my constituents, those who are directly affected, are demanding answers.”

Mindy Wood covers City Hall news and notable court cases for The Transcript. Reach her at mwood@normantranscript.com or 405-416-4420.