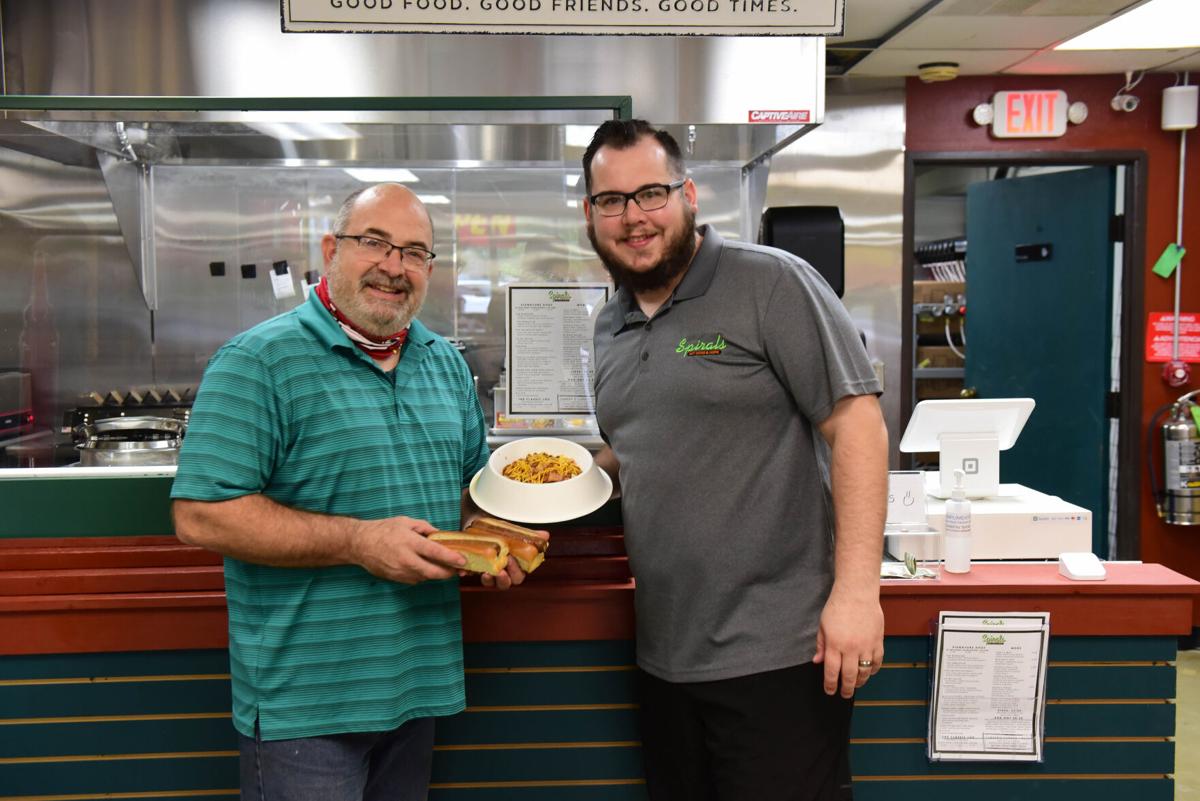 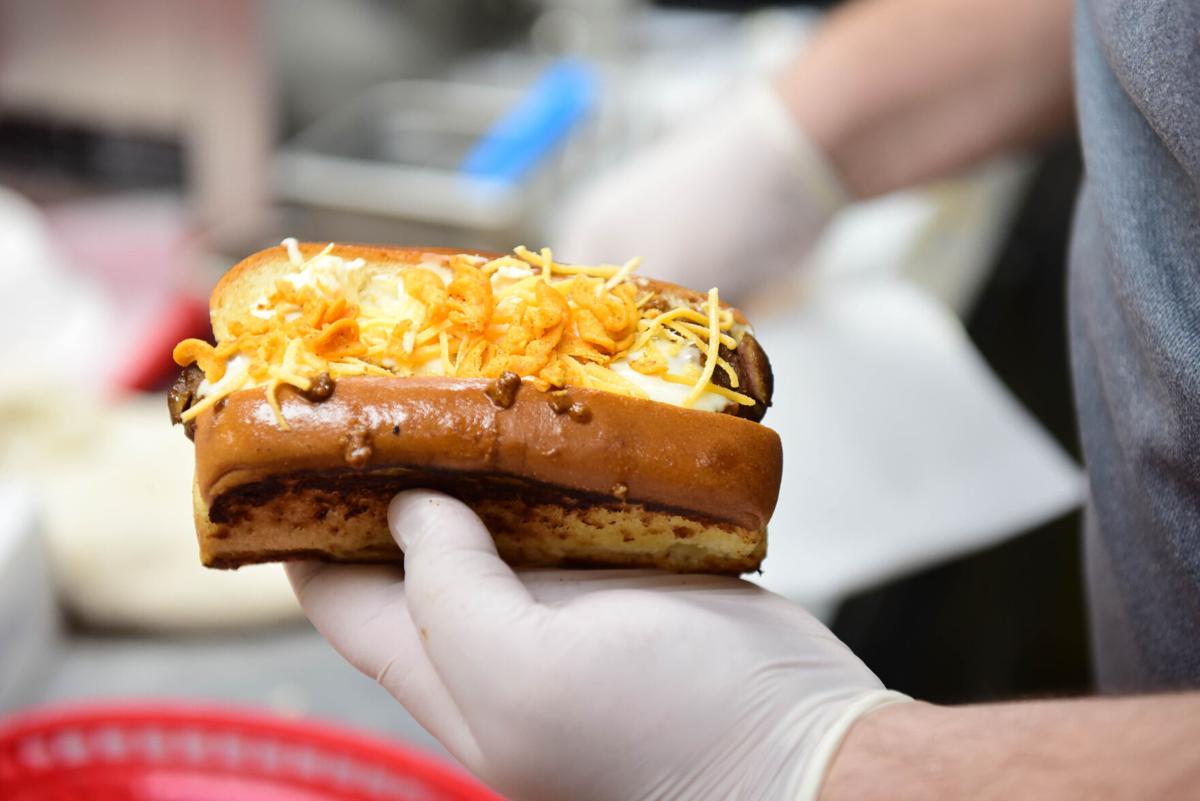 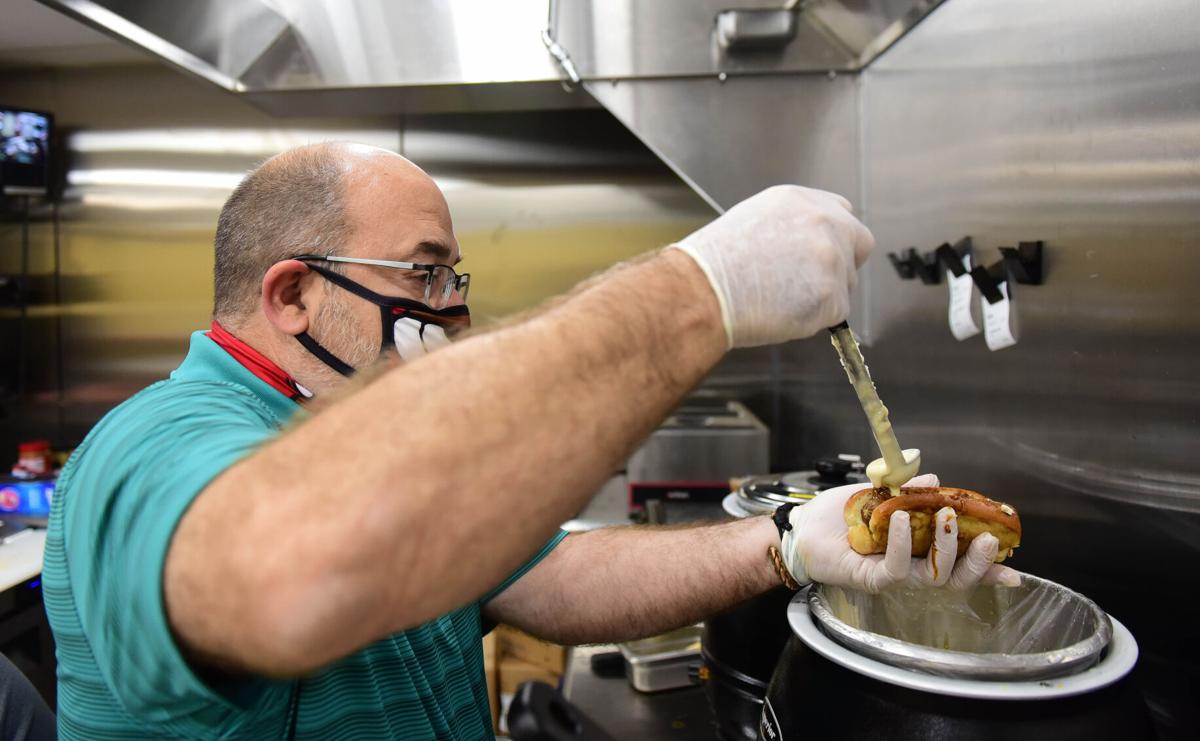 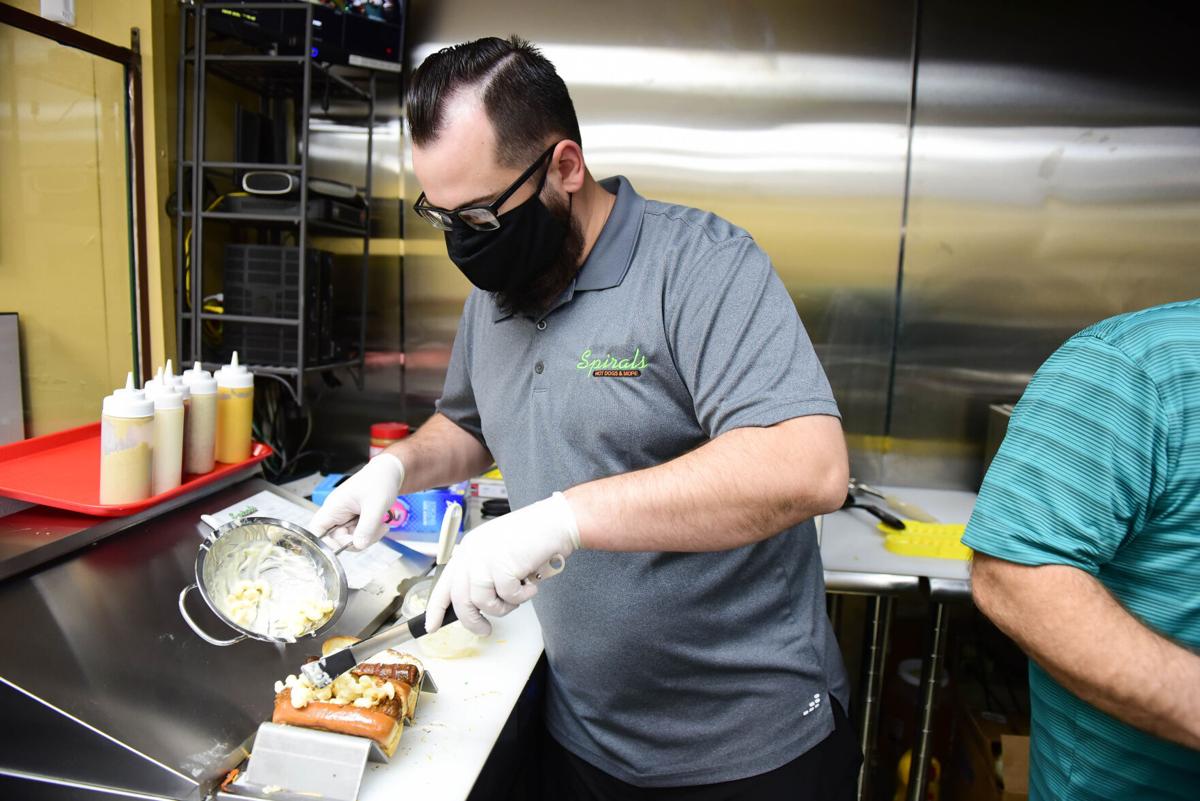 Scott Hosek recalls getting a hot dog at a restaurant in the ‘80s that was highly regarded in Stillwater.

However, both the size and quality of the product he was served disappointed him. After that experience, Hosek decided he would look for an opportunity to open his own hot dog spot.

The opportunity for Scott and his wife Cristal came earlier this year, and their new restaurant, Spirals Hot Dogs and More, opened on Tuesday at 2203 W. Main St.

Hosek said he used his experience in Stillwater to help create the vision for Spirals.

“I took a list of 40 things I didn’t like about the restaurant business such as the cost, the grind and I sought out to create a restaurant where those 40 things don’t exist,” Hosek said. “I want a good atmosphere. I want people to look at what they get from us and say, ‘my goodness, I can’t believe we got this much food for this much money.’”

Scott said he and Cristal changed their plans for the space about four times throughout the COVID-19 pandemic. They initially thought about having a dining area large enough for large parties and ball clubs, but Scott said the pandemic has changed traditional dining.

Scott and Cristal decided to change the way the business was set up, creating two display kitchens to ensure that everything they do is on display.

“When we are cooking and preparing the food, there is no smoke and mirrors, and I think that’s important because people want and have a right to see what’s going on,” Scott said. “Everything is [visible], and everything is hopefully bigger and better, with less of a dent in the pocketbook.”

Scott, Cristal, their kids and even the fellowship at the church they go to had a part in putting the menu together. Scott said hot dogs are never the first thing one thinks of when they talk about going out to eat, but everyone has a preference for how they eat them.

“Eating a hot dog can be and is as personal of an experience as anything, but unfortunately it’s just not in the mainstream of most people’s thoughts,” Scott said. “When someone asks hey what do you want to [eat] tonight, hot dogs usually aren’t there, but we are hoping to change that.”

Scott said there are creative hot dog options on their menu, including the “peanut butter and Justin dog,” which was the idea of Cristal's son.

“I [was] like ‘you have got to be kidding me.’ I don’t even know that I have the courage to taste that,” Scott said. “It is absolutely one of our top sellers. Everyone, including my wife, thinks it’s pretty good.”

Scott said “The RamPaige”, which includes apple slices, cream cheese and bacon, was a hot dog that he didn’t expect to pass his childrens’ taste test because of the vegetables, but they actually insisted it has to be on the menu.

“The cream cheese and bacon are the two fairy dust products that God gave us to make all foods taste good,” Scott said. “After that, you put it all together and here we go.”

In addition to gourmet hotdogs, the Spirals menu features a meatball sub, a spiraled pasta plate, and a spiraled chip chili pie. Scott said they found a potato that is relatively new to the Oklahoma area that has a spiral curve to it.

“The name Spirals comes from the fact that all of our hot dogs are spiral cut, so that way they can accordion out onto the bread and that way you get more of the food you want to get in your mouth instead of the bottom of the basket,” Scott said. “Once we decided we were going to do that, we went on a quest to find things that would spiral.”

Scott said they opened the store two weeks ago, but did so quietly without an open sign. Despite the quiet opening, he said he was greeted with an overwhelming response from the community. He said customers have been kind with their compliments and their willingness to spread the word on Facebook.

State Rep. Jacob Rosencrants was one of Spirals first patrons and helped to spread the word of their opening on social media.

“It’s a strong statement of the type of people we have that are in positions of administration in government, they want our town to thrive,” Scott said.

Scott said one of the common perspectives on hot dogs is that all hot dogs are the same. Although that may have been a sentiment he aligned with months ago, he said he feels differently now.

Part of the reason for that change in perspective, is attention to detail, and treating a hot dog as more than that, Scott said.

“Instead of the standard bun, we are using a lobster roll to give the hot dog a thick, hearty and buttery taste,” Scott said. “We treat that frank like it’s a piece of steak as we butter it, and put it on the grill after it has been steamed to protection.”

Tuesday was the official grand opening day for Spirals and Scott is excited about what they have to offer.

“I am excited to serve our product and have been amazed at how the Norman community has embraced us so far, so we must be doing something right, and we want to continue that,” Scott said.