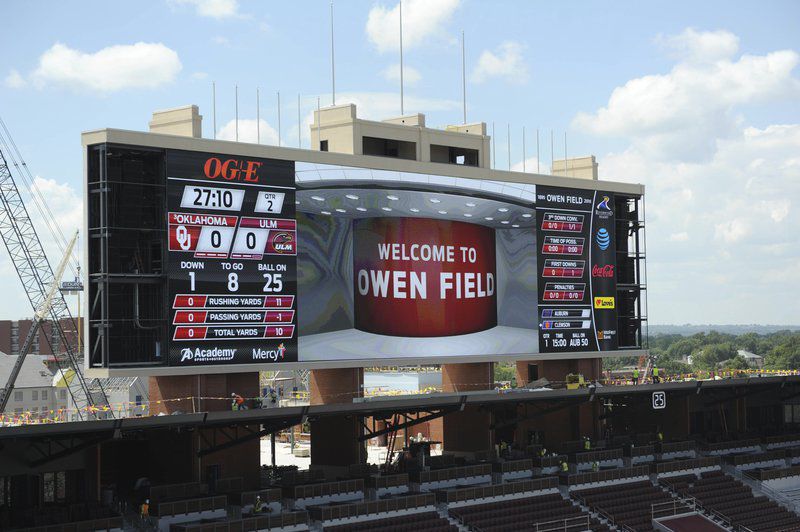 The scoreboard at Oklahoma Memorial Stadium is up and running but still undergoing tests. 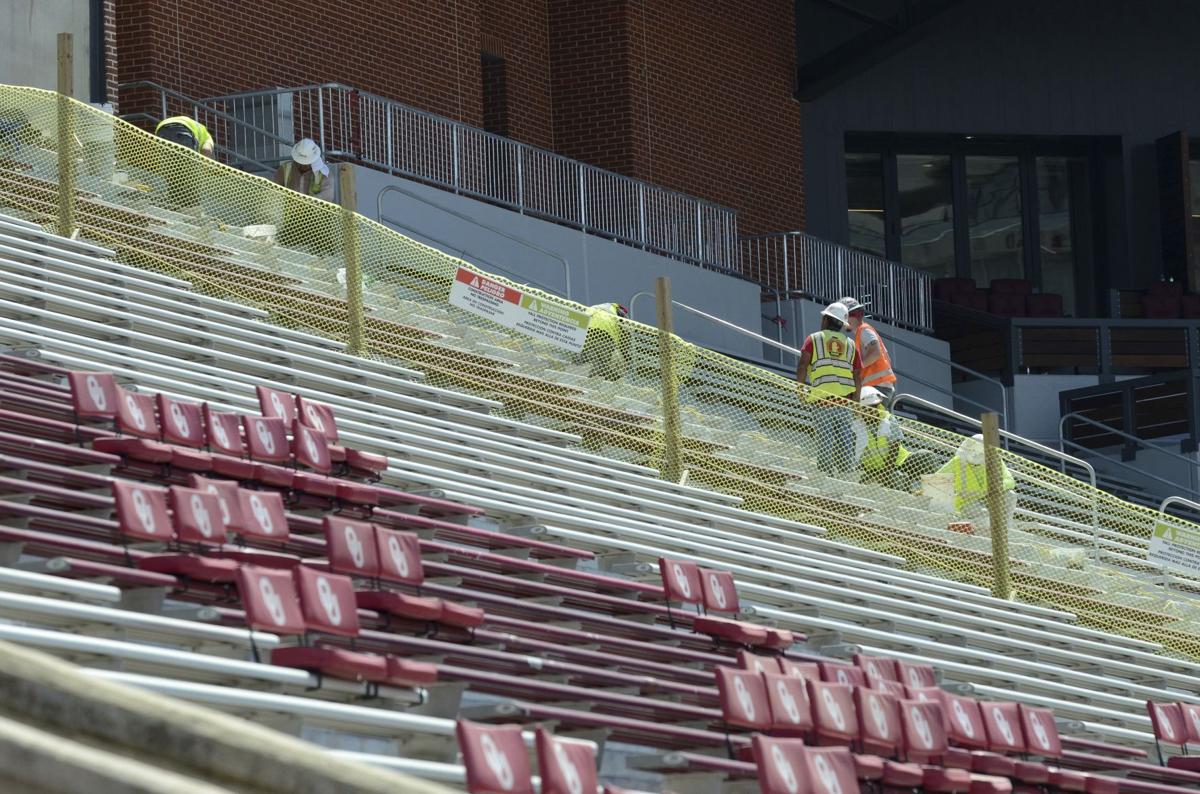 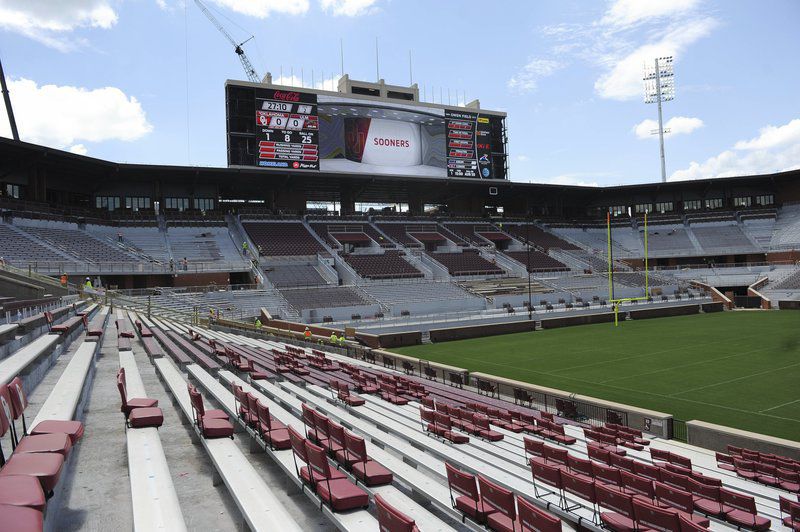 The scoreboard at Oklahoma Memorial Stadium is up and running but is still undergoing tests. 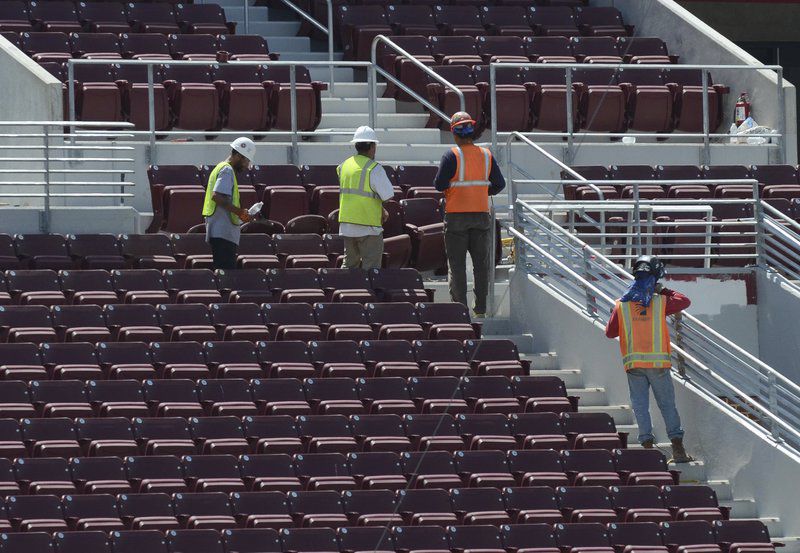 The scoreboard at Oklahoma Memorial Stadium is up and running but still undergoing tests.

The scoreboard at Oklahoma Memorial Stadium is up and running but is still undergoing tests.

Any fans who had a favorite spot inside Gaylord Family Memorial Stadium may want to rethink that this year.

That’s based on University of Oklahoma athletics director Joe Castiglione’s impression of the new fan plazas in the soon-to-be complete renovations at the south end of the stadium. Everything inside the stadium — seating, concession stands, restroom facilities and the 8,500-square-foot video board — is on schedule to be ready for OU’s first home game Sept. 10.

“The go-to areas will be those fan plazas,” Castiglione said. “They’re fantastic, and there’s one in each corner. When you’re looking at the fan plaza, you see one of the concession stands that actually faces the field. There’s also a large fan plaza at the top, right under and behind the video board.”

Construction crews have been at work for a year now on stadium renovations, which are designed to provide a different fan experience than before. The new official capacity of the stadium will be 83,489, Castiglione said. The stadium will fit between 1,500 and 1,800 more fans on game day.

The fan plazas measure at about 3,000 square feet, while the second-level plaza is about 10,000, Castiglione said. Any fan in the stadium can access the plazas when the gates open a week from Saturday.

“When we started this project, we didn’t give the contractor any alternative. It had to be ready when our first game occurs on Sept. 10,” Castiglione said. “A lot of people driving by on Jenkins or Lindsey take a look at the outside, and they’re trying to gauge whether or not the stadium will be complete. That’s not our core concern.”

Construction on the outside of the stadium, which includes new team facilities and locker rooms, will not be totally complete until mid-spring, Castiglione said. Fan entrances for the south end will be ready for opening kickoff.

Overall, the renovations will produce 22 suites, 60 open-air boxes and more than 1,900 fan club seats, in addition to the fan plazas and video board.

Unlike in seasons past, crews have an extra week to work. OU’s first game of the season this weekend is against Houston on the road, and the anticipated stadium construction is partly to blame.

“Keep in mind, we hadn’t yet determined the exact staging of the construction project when we scheduled that game,” Castiglione said. “We were using some speculation in our own mind about what could happen if we started the renovation project in the stadium, so we scheduled a road game first for this year.”

The expectation is an extra week’s wait won’t take anything away from fans’ reactions once they walk in Sept. 10. And while there’s no timetable set for further stadium renovations once this project is complete, their reactions could very well fuel more changes in the years to come.

“If it happens naturally, all the better,” Castiglione said. “We’ve tried to create the type of experience that will evolve in other parts of the stadium.”