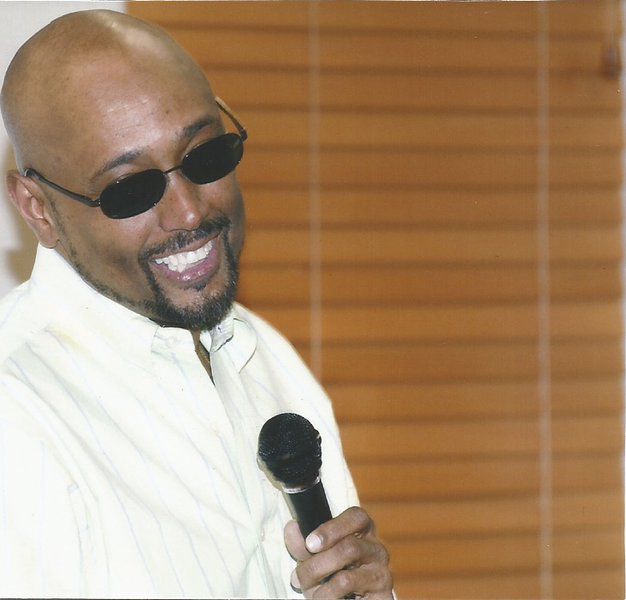 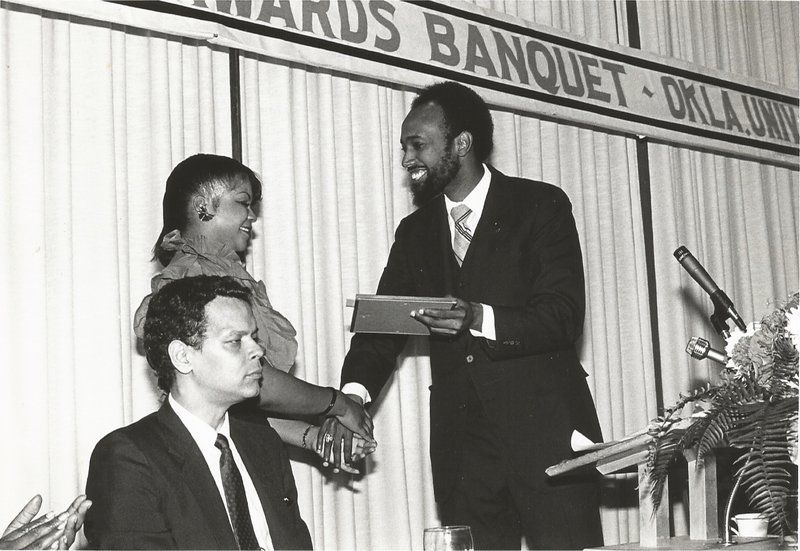 NORMAN — A decade after Melvin Tolson and George Henderson broke ground as African American collegiate educators, Norris G. Williams came to the University of Oklahoma to work behind the scenes supporting minority students.

“People like Norris are the unsung heroes,” Henderson said. “Norris was a voice for the students. He was a conscience for the faculty and staff. He would force us to focus on how this would help our students.”

In 1977, Williams began as Black Student Services Coordinator in the Office of Student Affairs at OU, but he evolved through a number of positions during his tenure, including Director of Minority Student Services, before retiring in 2012.

Nominated by Finance Director Anthony Francisco, Williams was recognized with Norman’s Human Rights Award in 2001. Francisco attended OU as an undergraduate from 1978-1981 and said Williams directly touched his life.

“The unique challenges faced by young students of color on a campus where they are outnumbered (at that time) 60 to 1, with very few faculty members of color, cannot be adequately articulated here,” Francisco said in his nomination letter. “Without the support of [Black Student Services], very few students of color would have survived in this period.”

Williams told Francisco about the Association of Public Policy and Management’s graduate fellowship program in Public Administration late in his junior year at OU. With that knowledge, Francisco attended the University of Texas’ Summer Program in Public Policy Studies and went on to Syracuse University for graduate studies, with a full fellowship.

“Norris Williams made a great impact on my life and on my career,” Francisco said. “I would not have been aware of this life-changing opportunity but for Mr. Williams’ dedication.”

• Early years: Williams grew up in Oklahoma City, graduated from Douglass High School then attended Wiley College in Marshall, Texas on a baseball scholarship. The summer after graduation he tutored kids who had failed classes at Douglass High.

When a job as a coaching assistant in football and baseball opened up at Capital Hill High School, he took it.

“Two years after that was when they started busing,” Williams said. “That was a very traumatic time when those black kids came over to Capital Hill. The people at Capital Hill, a lot of them were very resentful of it. There were a lot of fights.”

Following a particularly nasty fight, a news reporter asked Williams which came first, being a teacher or being black. It was the sort of no- win question often posed to African Americans.

“My answer was, ‘well I can stop being a teacher tomorrow, but I’d still be black,’” Williams said.

That response made the news, and Williams received a lot of calls, including one from Clara Luper telling him she was proud of him.

“I went to the principal and suggested I teach a black history class, and that way the kids could start having some ownership,” he said.

“I ended up being the first black head coach — they made me the head baseball coach in 1974,” he said. Williams made his mark there, winning coach of the year in the Capital Conference.

A conflict with that principal put him in bad stead with the district, and he left to go to U.S. Grant High School.

“They gave me six study halls,” he said. “That’s the only thing they would give me that first year.”

Williams turned that obstacle into an opportunity. He enrolled at Central State University and got his masters degree, graduating in 1977. Shortly afterward, he saw the OU job opening and applied.

• Building community: “OU at that time was a sad situation for African American students,” Williams said. “I was the black person on campus to work with black students, and it was a job that I treasured because it gave me the opportunity to develop a community.”

Developing that community meant crossing the divide between students who were cultural revolutionaries and those who “just wanted to do college stuff,” he said. “Bridging that gap became an issue.”

Unity had to come first, he decided.

“We’ve got our differences and behind closed doors if you want to argue that’s fine, but when we go out this door, we are one mindset, and we deal with issues with one mindset,” he said. “That was my thing to pull them together.”

There were inequities. The university gave out housing awards for community service but “black students and black fraternities and sororities weren’t even considered,” he said. “And then there was the academic aspect. Kids were complaining about faculty and professors who would say things that were derogatory.”

The bright spot for Williams were Henderson and Tolson and others including Charles Butler, Anthony Bluitt and Walter Mason.

“Those were some of my mentors at OU,” he said.

Williams had pledged Kappa Alpha Psi during his college years and had national connections through the historically black fraternity which he used to help students.

“My business was my students, and that’s all I cared about,” he said. “I was changing the image of black students at OU which meant we had to make things more visible.”

“Many of the programs begun by the Office of Black Student Services have been of great impact to the Norman cultural community, including the establishment of the annual Miss Black OU Pageant; hosting the annual Big 8 (now Big 12) Conference on Black Student Government on three occasions; support of the Cimarron Circuit Opera Company; the touring Black Student Association Mass Gospel Choir; minority job fairs; and the Regional Greek Stompdown, which annually attracts students from throughout the southwestern United States to Norman for a weekend in the spring,” Francisco said in his nomination letter supporting Williams for the human rights award. “Williams was also responsible for the implementation of the George Henderson Scholarship Program, through which incoming freshmen of color receive scholarships in exchange for tutoring and mentoring high school students of color in the Norman Public Schools.”

“They would speak to the high school students at lunch, and then speak to the general population in the evening,” Williams said. “We went from having 500 to 600 black students at OU to having 1,000 to 1,200 at that time. It was a great growth period at OU.”

In 1982 Williams set up the University Achievement Class because there was no leadership academic program for students of color.

“Norris is the kind of person who has many, many good ideas, and he’s always had the knack of getting to individuals who take his ideas and make them reality,” Henderson said. “He kept the university aware of servicing all of our minority students.”

Francisco documented the growth in minority students at OU as a result of work Williams did during 1989 to 1990.