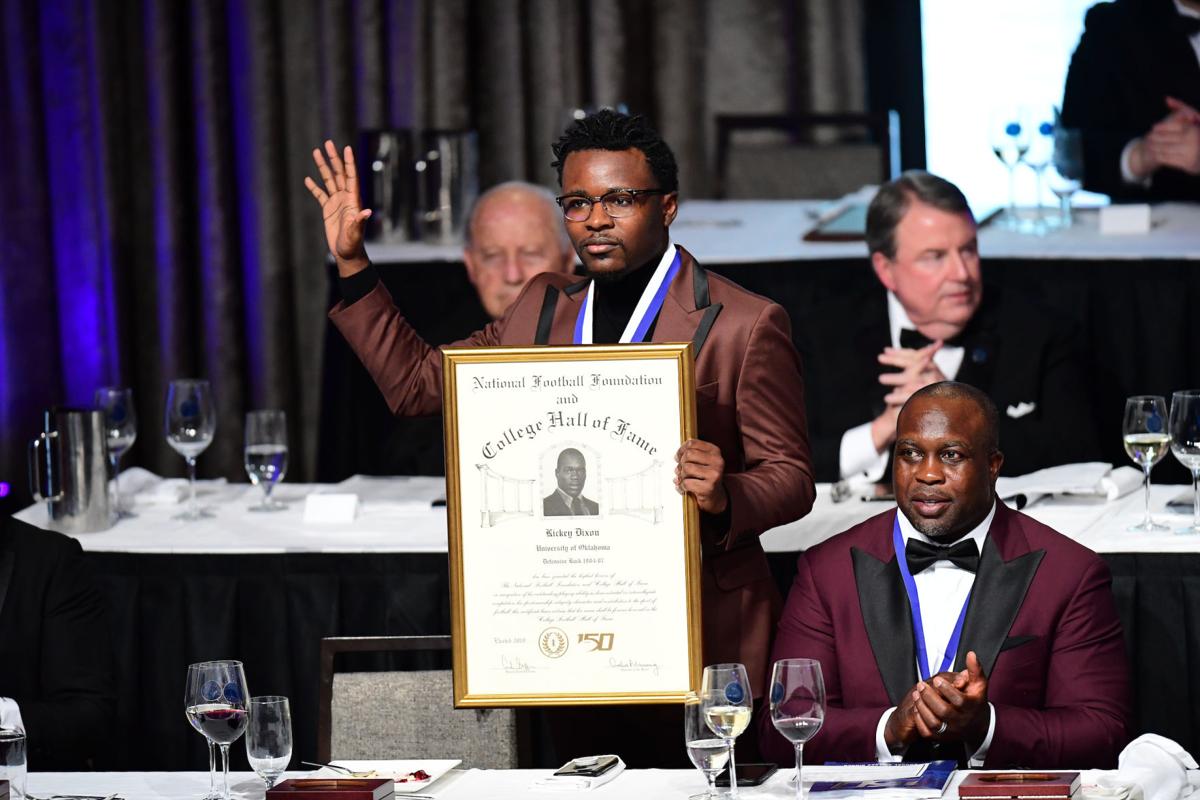 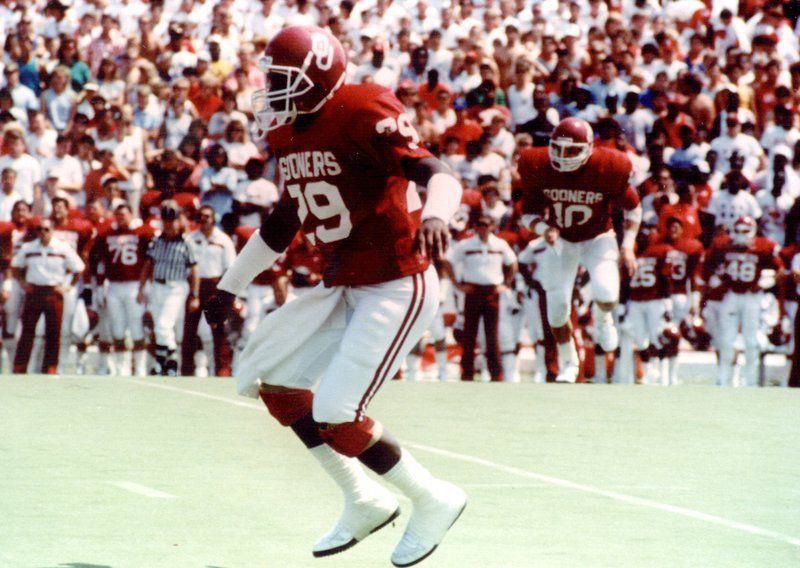 Former OU defensive back Rickey Dixon played for the Sooners from 1984-1987 and was a member of the famous ‘85 National Championship team. He was inducted into the 2019 College Football Hall of Fame Class on Tuesday.

Former OU defensive back Rickey Dixon played for the Sooners from 1984-1987 and was a member of the famous ‘85 National Championship team. He was inducted into the 2019 College Football Hall of Fame Class on Tuesday.

Rickey Dixon Jr. was inside the New York Hilton Midtown hotel to accept the honor on behalf of his father. It was a long time coming, but one of the best safeties in Oklahoma football history finally got his due.

Dixon, who starred on OU’s 1985 national championship team and became a 1987 consensus All-American, became the Sooners’ first full-time defensive back in the College Football Hall of Fame when the 2019 class was inducted Tuesday at the 62nd National Football Foundation Annual Awards Dinner.

Dixon is battling Amyotrophic Lateral Sclerosis and was not selected after being on the 2017 and 2018 ballots. He had been eligible for 22 years.

“It means a lot for us. A lot of the recognition, a lot of people may not know about Rickey and his skill set and how good he was in football,” Dixon Jr. said. “With his disease, he's a small, frailer guy, but when he was actually playing, you can see how he was a force to be reckoned with.”

Dixon was a star out of Wilmer-Hutchins High School in Dallas. He went on to start all four years at OU, finishing his college career second in school history with 17 career interceptions.

Dixon’s nine interceptions in 1987 remain the single-season school record. Two of those picks came in the “Game of the Century” when No. 2 OU defeated No. 1 Nebraska 17-7 on the road.

He was drafted by the Cincinnati Bengals with the No. 5 overall draft pick in 1988 and spent six seasons in the NFL, five with the Bengals and one with the Los Angeles Raiders.

He’s the 22nd OU player to be inducted and one of the more unique cases. Because of his health, it was important to his family, former coaches and teammates that his induction happen soon.

Dixon is in good spirits, his son said.

“He always has a smile on his face. He's always happy,” Dixon Jr. said. “He doesn't lose any hope in regard to his disease. He still has the belief that we're going to beat it. We thank the Lord every day for him still bein here with us. Every day is a battle.”

Vanessa Seales, (46) of Lone Wolf, Ok. passed away on February 2nd. A Memorial Service will be held at a later date.