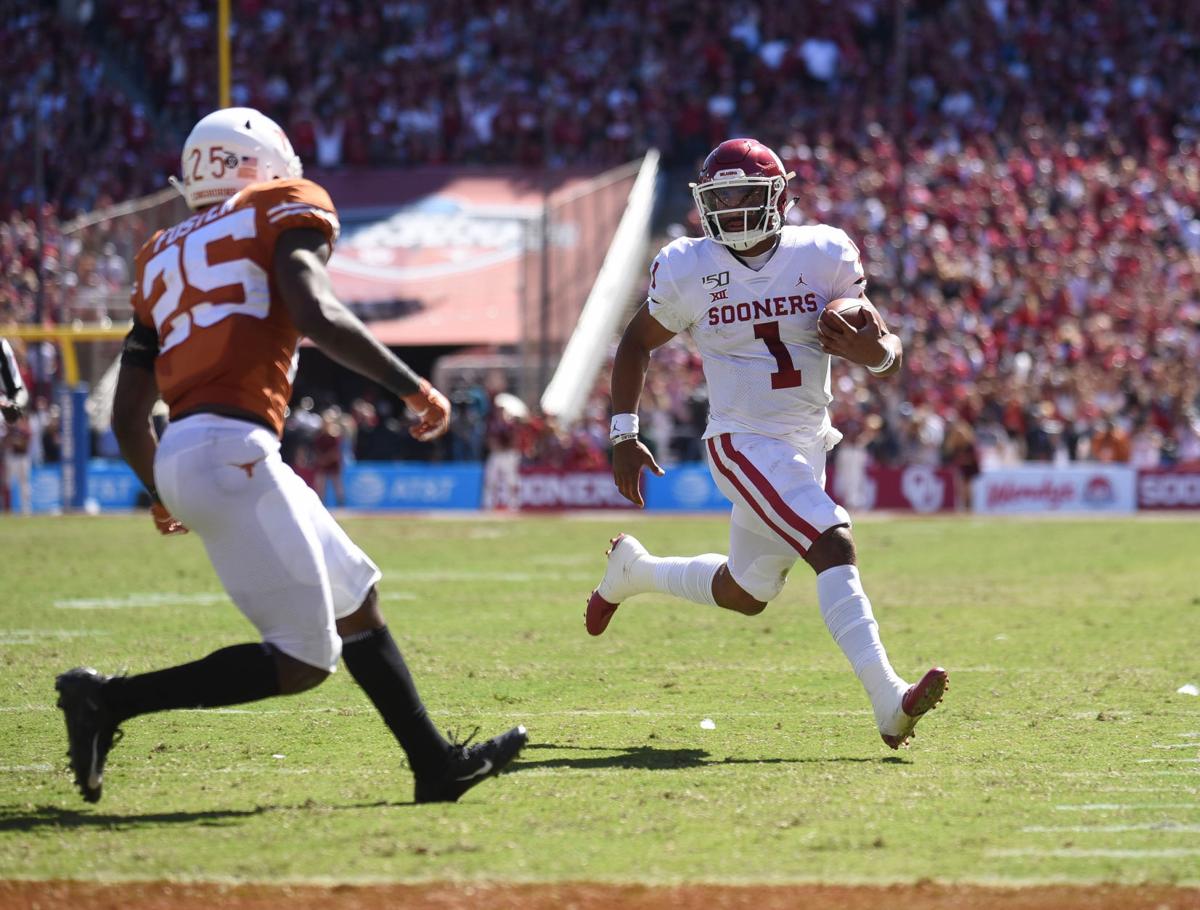 OU quarterback Jalen Hurts runs with the ball during the Red River Showdown, Saturday, Oct. 12, 2019, at the Cotton Bowl in Dallas. (Kyle Phillips / The Transcript) 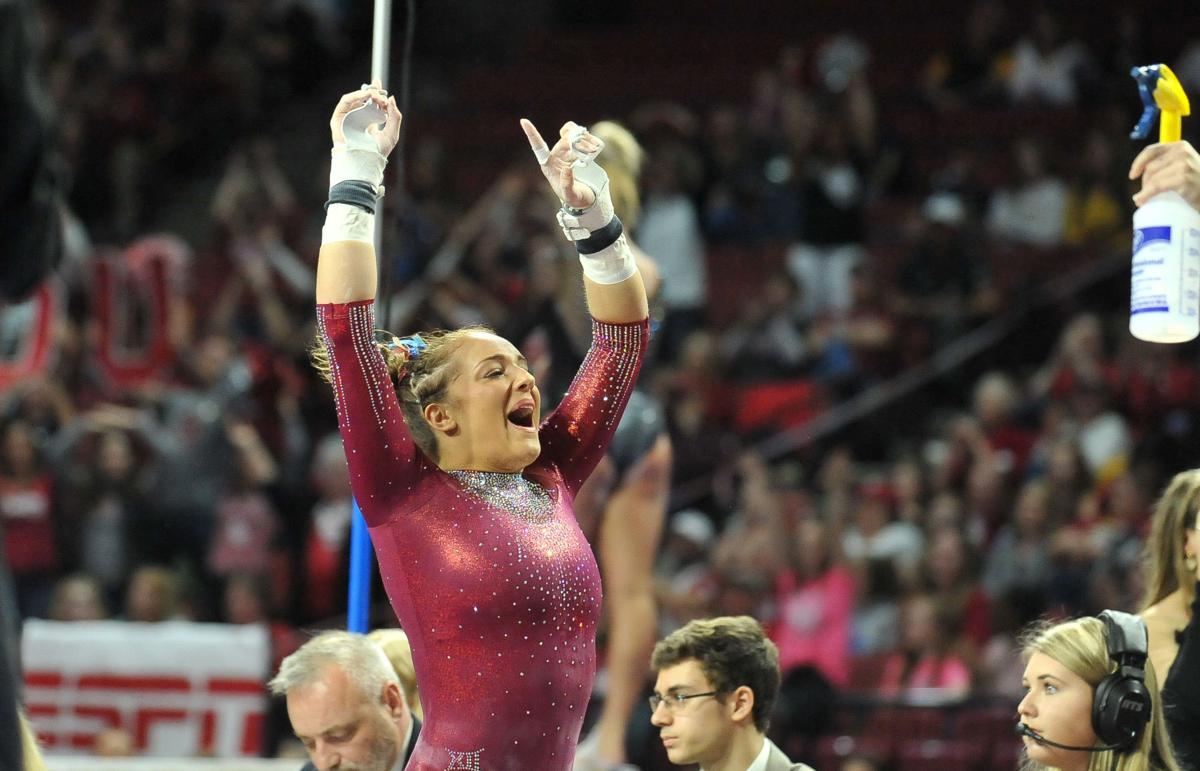 OU quarterback Jalen Hurts runs with the ball during the Red River Showdown, Saturday, Oct. 12, 2019, at the Cotton Bowl in Dallas. (Kyle Phillips / The Transcript)

Oklahoma could sweep the Big 12 Athlete of the Year awards if things fall its way.

The Sooners have two strong candidates in former quarterback Jalen Hurts and gymnast Maggie Nichols. The Big 12 presents a male and female award to be announced May 28.

Fans can vote between May 22-26 for their choices at Big12sports.com.

OU has produced seven Big 12 Athletes of the Year in the past seven years, and 11 total in 23 years.

Nichols won as a sophomore. She was already named the Big 12 Gymnast of the Year this season.

Hurts, a Heisman Trophy runner-up who was drafted No. 53 overall by the Philadelphia Eagles last month, led the nation in yards per pass attempt last season (11.3) and was an Associated Press third-team All-America selection. He spent one year at OU after transferring from Alabama.

Lavelle Adams, 87, of Norman, passed away Sunday, August 2, 2020. Funeral service will be at 2:00pm, Friday, August 7th, at Havenbrook Funeral Home-Norman, with visitation one hour prior. The service will be live-streamed via Lavelle's tribute page at www.havenbrookfuneralhome.com.