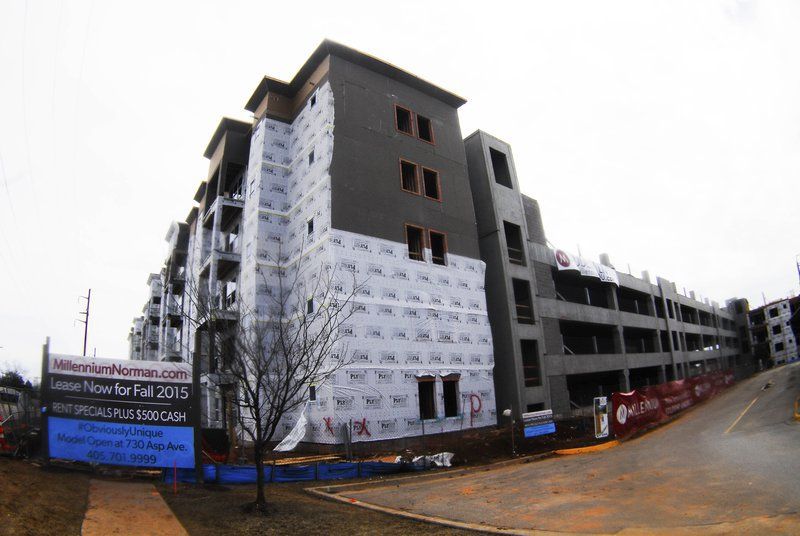 The Millennium Apartments are one of many new multifamily projects being built in Norman. 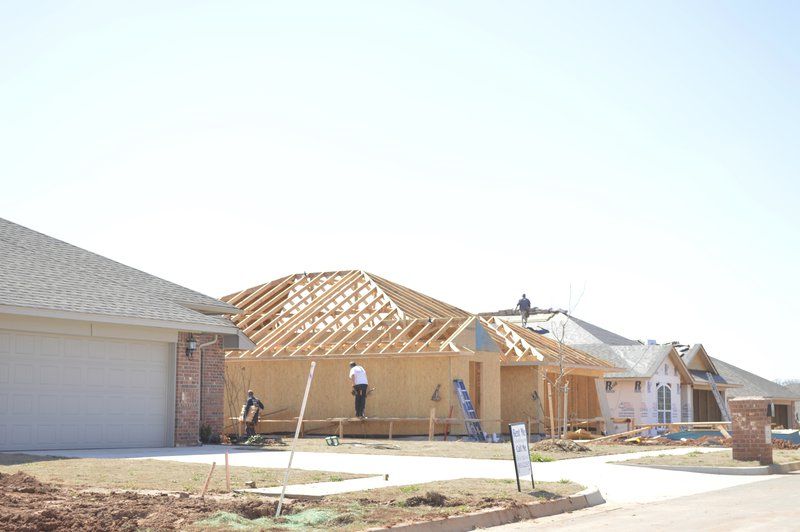 The Millennium Apartments are one of many new multifamily projects being built in Norman.

Norman is a diverse community that is attractive to a variety of different populations. Obviously college kids like Norman, but the vibrancy of a university community is appealing to young professionals, families and retirees as well.

“We focus on first-time homebuyers and also we focus on downsizing,” said Home Creations consultant Brooke Russell. “People who want the amenities without the extra square footage to maintain.”

Russell shows homes at Independence Valley, one of the new housing additions in southeast Norman.

With a wide range of college professors as well as students from across the nation and from around the world, Norman has cultural richness and diversity that is attractive to retirees looking for communities that still have a small town feel while offering a wide range of cultural and entertainment opportunities.

The low unemployment rate and highly respected school system makes it attractive to families as well. The unemployment rate in Norman is 2.90 percent (well below state and national averages), with job growth of 1.36 percent. Future job growth over the next 10 years is predicted to be 39.80 percent, according to Sperlings.

The National Weather Center, Campus Corner, and Historic Downtown Norman dovetail with University of Oklahoma’s educational, cultural and artistic amenities to make an attractive portfolio that naturally sells itself.

It’s no surprise that quality growth is ongoing in Norman.

In 2014 the city issued 290 certificates of occupancy for multi-family units, 15 COs for duplexes and 407 COs for single family homes.

Over the past decade, the city issued 4,721 building permits for single family homes and 3,144 permits for multi-family residential units.

Single family residential permits have remained fairly strong with spikes in 2005 and 2006 and a slight downtrend from 2009 through 2011.

“The numbers of single-family permits have not yet come back to the numbers before the economic downturn, but are showing a slow, steady growth pattern,” Norman Planning Director Susan Conners said.

The multi-family development picture looks very different — permits have more than tripled in the last five years. Of those 3,144 permits over the last decade, 2,397 were issued in 2010 through 2014 despite that in 2011 there were only four issued.

As Mike Buhl of Commercial Realty Resources Co. points out in his 2014 Apartment Report, multifamily projects coming online in Moore, south Oklahoma City and northwest Norman will bring over 1900 units online by late 2015.

Buhl says the per-bedroom sector, student housing market in Norman “has had remarkably strong occupancy the past several years.”

That “strong occupancy has now spurred the development of four new properties for an additional 2,878 beds,” he says in his annual report.

Additionally, the city council recently approved zoning to allow the redevelopment of the Bishops Landing Apartments at 403 E. Brooks by Inland American Communities. This infill project will increase the number of units near campus.

The redevelopment of the Bishops Landing site was promoted as apartments that will also be attractive to campus staff and professors who want more walkability.

While young professionals and some retirees are said to be trending toward multifamily housing, there are still plenty of people looking for single family homes, and Norman has a variety offerings in various price ranges and locations.

There are some sizable, amenity-rich home subdivisions on the horizon in Norman no matter where you want to live.

While it’s not surprising that growth is strong on the north, Oklahoma City side of Norman, the development in southeast Norman sets the university city apart as more than a bedroom community for metro commuters.