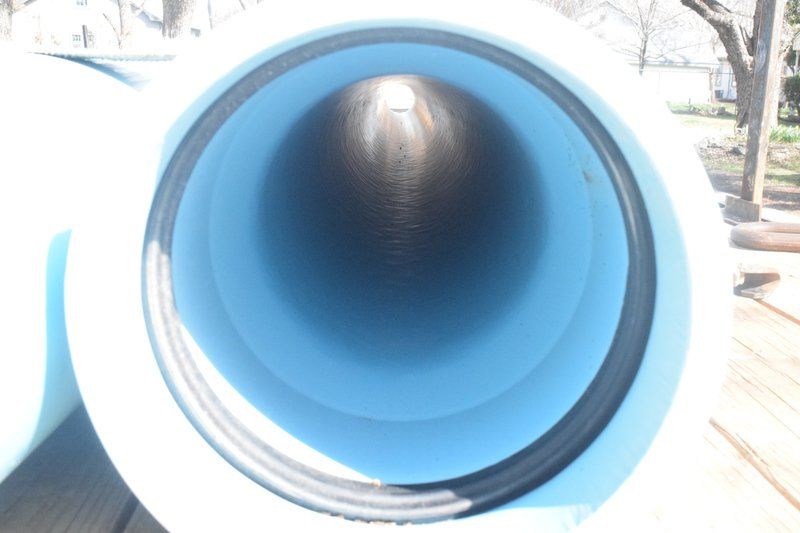 A new water line waits to be installed on Symmes Street in Norman. 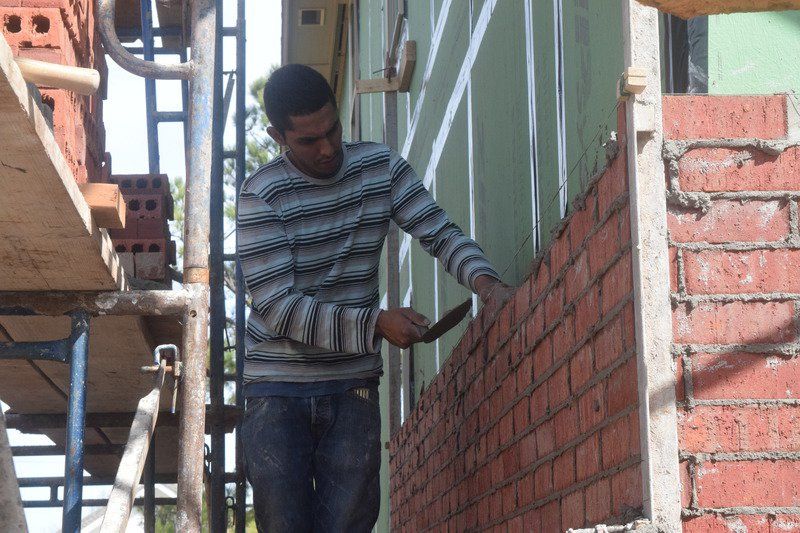 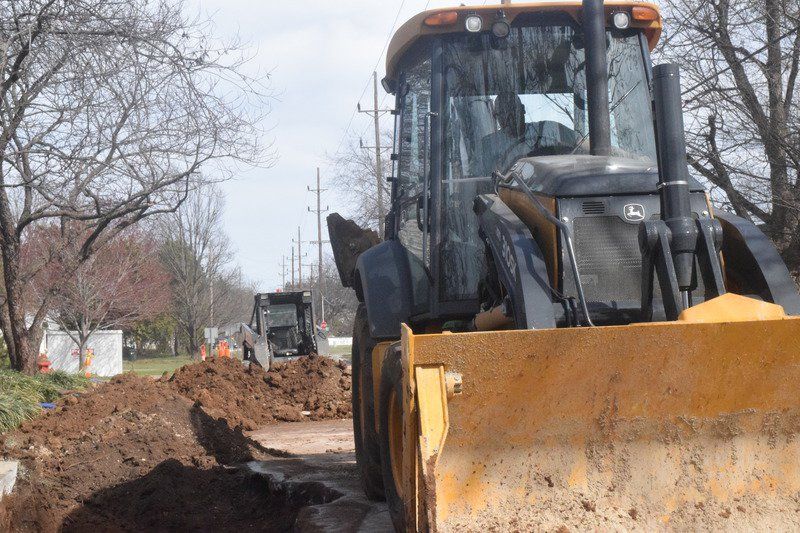 A new water line waits to be installed on Symmes Street in Norman.

Central Norman is home to some of the most unique houses and neighborhoods with history and architectural charm that stretches back more than a century. Some of them, like those in the Silk Stocking neighborhood, even predate statehood. Yet among the longstanding Craftsmen-style homes and historical buildings there are vacant pockets, dilapidated structures and a few houses falling apart like unruly greasy-spoon hamburgers.

To fill the void, independent builders and the City of Norman are implementing infill housing, razing older structures and revamping others to meet the needs of a growing city from the inside out. Not so much new development, more like redevelopment.

“There are two basic schools of thought on campus housing. One is to do what you’re seeing on Jenkins Avenue. Buying houses at a good price, building big boxes and renting them out,” Yeti Design and Build’s Brandon Bleakley said. “The other school of thought is what guys like Brent Swift and I are doing. Taking dilapidated, run down, even abandoned, foreclosed and trying to turn them into something that’s appealing to single family. We’re trying to bring families back from the east and west side of town back to the core Norman area. There’s a lot to offer down here. That’s what we’re trying to do. We’re focused mainly on bringing families back to the core. Even on Main Street. That’s only going to work if we can fix these places up and make them good places to live.”

The other side of the coin involves builders like Randall McCown who has taken fixer-upper lots up and down Jenkins Avenue and turned them into large multi-family housing units for rent. Given the proximity to the university, McCown believes it’s an ideal spot for students and believes that despite their more suburban look, they’re a perfect fit for the neighborhood.

“We’re improving the overall campus area with nice housing within walking distance to the school. It’s a good, safe area with nice properties that kids can live in,” he said. “It’s R3 zoning for multi-family living. There are duplexes for families and college students.This whole street has been transformed from grown up, unsightly buildings to nice buildings and nice yards. It’s zoned R3 for multi-family living. We’re a block from the university and obviously college students need a nice place to live. So, sure it’s understood that you don’t want to impose on established neighborhoods, but again we’re right here by the university at Jenkins and Boyd. It makes sense for everyone. It’s just an all-around improvement for the city and campus area living. If you could have seen this street two years ago … It’s just a total improvement.”

For city planners infill housing and infrastructure are important for a number of reasons. Keeping everybody happy is another story, but city planner Susan Connors thinks the city is heading in the right direction and trying to involve a wide spectrum of input.

“We have a study under way right now called the Center City Vision Project. What we’re doing at this point in that process is developing a form-based code for central Norman and the idea would be to create an ordinance where the buildings would fit more into the character of the existing area,” she said. “The people that have gone through that process, the neighbors, some of them feel that those duplexes are not in keeping with what the neighborhood is or should be. For now, we’re looking at a zoning ordinance change.”

The fruits of the project’s labor have a long way to go before the implementation phase, but as development continues in central Norman, everybody will get a chance to be heard and get a say in how core Norman is shaped.

With the private sector answering the call for improved infill housing solutions, the City of Norman is doing what it can to make sure infrastructure keeps up.

A major part of that effort is dedicated to replacing aging water lines. Norman’s soil has corrosive properties which result in damage to water pipes. In response, the city has implemented a plan to replace older pipes with more resistant pipes. In doing so, they ensure that water flow will remain strong, allowing the Norman Fire Department to more effectively achieve its mission and in turn, lowering insurance rates for Norman home owners.

“We get educated every year. Our soil is so aggressive and corrosive, we’ve noticed over the last couple of years it deteriorating copper service lines. We’re hoping that it’ll be a hundred years before we come back. It’s more by need. We log every line break we have and we go in when it’s capital project time and say ‘where’s it needed most,’” City of Norman utilities supervisor Fred Fitzgerald said.

The projects are scheduled five years out. The city’s current focus is in the neighborhood of Symmes Street and Berry Road, where crews are installing 16-inch pipes to replace corroded 14-inch pipes.

“This project was scheduled in 2010. We’re trying to keep up and schedule it right. We’ve done pretty good here. This project had to be moved up by a year due to line breaks. When you get more money involved in it you can do more,” Fitzgerald said.

The money for line replacement comes directly from water sales revenue. No sales revenue goes into those projects.

“Every time we ask for increase in water rates it’s because we need it and the system needs it,” he said. “It’s all on the sale of water. There’s a need there. A lot of these older neighborhoods need a little tender, loving care. Get some new lines, get some fire protection for the safety of our citizens, that’s what it’s all about. It also brings down insurance costs. The more fire hydrants you have, the closer they are to your house, the lower your insurance.”

Resident Ross Davis, believes projects to improve older neighborhoods are a wise move and doesn’t mind the heavy machinery on the street. He’s lived on Symmes Street for 22 years.

“It’s amazing. The workers go out of their way to not inconvenience people. This afternoon, (this ditch) will be sealed up. They’ll pack it back with gravel. The street will be open and then the next day, they’ll dig it all up and get to work changing what they need to underground. They’re very nice people and the city’s doing a great job. The city as it gets older, you have to replace things like this. It’s unavoidable, any city, anywhere. When the human body gets old you’ve got to replace things. It’s the same thing. It might be a little more taxes here and there, but the city’s only getting bigger.”