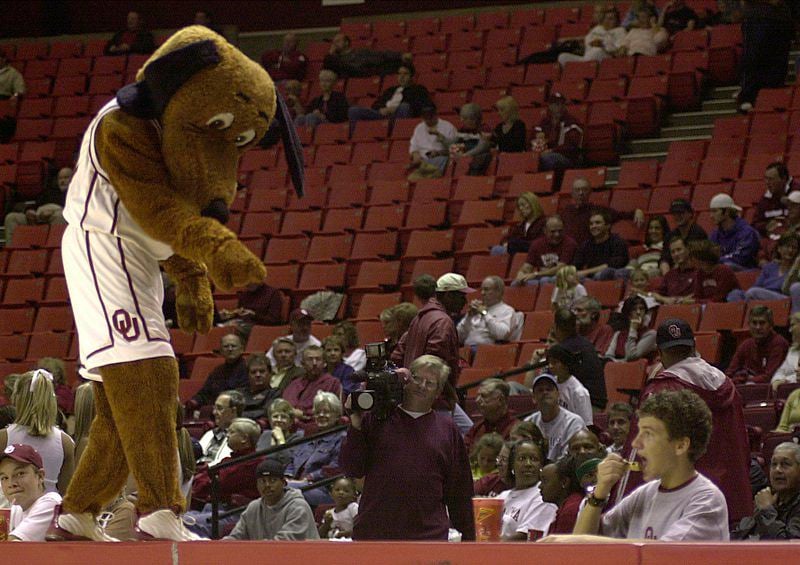 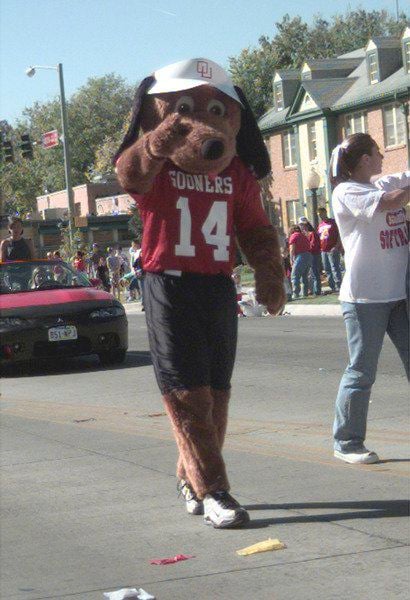 Cryptic tweets from the OU men’s basketball Twitter account flooded his timeline, as well as everyone else who follows @OU_MBBall, last Monday.

From nonsensical posts to retweeting dog-related accounts, Stevens wanted to believe the mascot he once portrayed as an OU student was coming back. And as the day progressed, the message became clear.

Stevens was one of the last to wear the Top Daug costume after the university opted to transition to its current pony mascots in 2004.

“We had a unique thing,” Stevens said. “Most schools have a mascot and that's their mascot for everything.

“But Top Daug was a little bit different. And that made it cool.”

Stevens was in the right place at the right time to become Top Daug.

He was a part of "Kelvin's Crew," a student-section group named after then-OU coach Kelvin Sampson. And before an exhibition game ahead of the 1997-98 season, Stevens and his group of friends were asked by an OU spirit representative if anyone wanted to be the mascot.

He raised his hand and assumed the role of the mascot he was enamored with when he attended OU games as a child.

The then-OU coach, who went on to win 71.6 percent of his games over 14 seasons in Norman, was trying to rebuild the program in the ‘80s. He thought a mascot might drum up excitement, Warner said.

Enter Rick Brezny, who isn’t quite big on titles. And perhaps, it’s a good thing.

It’s difficult to describe his original association with Sooner basketball.

He essentially worked for the pom squad that Warner assembled specifically for the basketball team. Where the spirit group went, Brezny followed. And his functions varied from carrying their equipment to bringing them water.

They just needed someone to wear the costume.

“Can I talk you into doing this?” Brezny recalls Warner asking him.

Brezny had a condition. He didn’t want anyone to know he was the mascot, and his anonymity became a story of its own.

Brezny still has a copy of The Oklahoma Daily — OU’s student newspaper — in his Oklahoma City home from his time as Top Daug. The paper questioned who the mascot was because Brezny hid so well.

Not even his fraternity brothers knew he was the pooch, he says.

It forced Brezny to show up early to OU games, change in Warner’s office and stay late afterward once everyone had left.

He still gets a kick out of the myth behind Top Daug.

“Just the idea behind it,” Brezny said with a laugh.

Brezny turned over his Top Daug duties after one season. And its legacy has culminated into a special reveal of the reborn mascot 15 minutes before OU tips off with No. 6 Kansas.

Brezny won’t be in attendance. But for the man, who says he isn’t fond of titles, he’ll always have one special distinction.

He was the first Top Daug.

Joe Buettner is a sports reporter for the Norman Transcript. You can contact him at (405) 366-3557 or jbuettner@normantranscript.com.