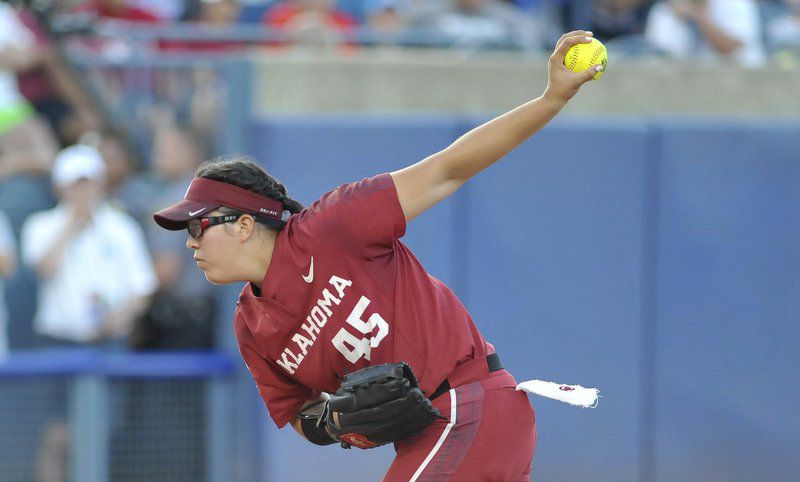 OU’s Giselle “G” Juarez pitches during a game against UCLA in the 2019 Women’s College World Series finals at Hall of Fame Stadium in Oklahoma City.

OU’s Giselle “G” Juarez pitches during a game against UCLA in the 2019 Women’s College World Series finals at Hall of Fame Stadium in Oklahoma City.

Two days before its season is set to begin, Oklahoma’s softball program finalized and announced its 2021 schedule.

The Sooners, who revealed their slate on Tuesday, will open their season on Thursday against UTEP and Abilene Christian in El Paso, Texas. OU will play both teams again the next day for another mid-day doubleheader.

OU originally planned to open its schedule in Abilene, Texas, to face Abilene Christian, Tarleton State, Utah Valley and UTEP in the Wildcat Invitational. The season-opening tournament was amended and moved, however, due to inclement weather.

The fourth-ranked Sooners’ nonconference schedule is highlighted by games against No. 15 Arizona State (Feb. 26) in Tempe, No. 23 Missouri (March 5) in Norman for the Courtyard Marriott Tournament, and a doubleheader at No. 14 Georgia on April 20.

Still away from Norman but not as far, the Sooners will get an early peak at the freshly renovated USA Softball Hall of Fame Stadium on March 12 and 13 when they play Houston and Liberty, respectively, for the inaugural Hall of Fame Tournament in Oklahoma City.

The Sooners will then have a three-game exhibition series with Team Mexico, which normally boasts OU senior Nicole Mendes’ services, in Norman the next weekend from March 19-21.

OU’s other notable trips include a doubleheader against Houston, coached by former Sooner star Kristin Vesely, Wichita State (April 7) and North Texas (April 28) for a pair of one-game midweek clashes and a series with Tennessee-Chattanooga (April 30-May 1) prior to Bedlam.

OU coach Patty Gasso is entering her 27th season with the program. She will try to lead OU to to its ninth consecutive Big 12 crown, maintain its perfect postseason streak under Gasso and 14th Women’s College World Series appearance.

OU’s Marita Hynes Stadium is expected to reduce to 25% capacity for home games and tickets will be completely digital this season. Masks will be required for all attendees.