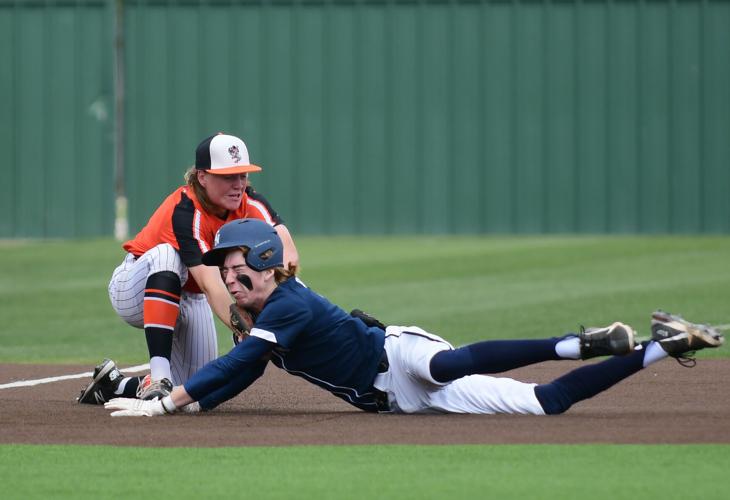 Norman High’s Clayton Moore tags out a runner Thursday during a game against Edmond North at Norman High School. 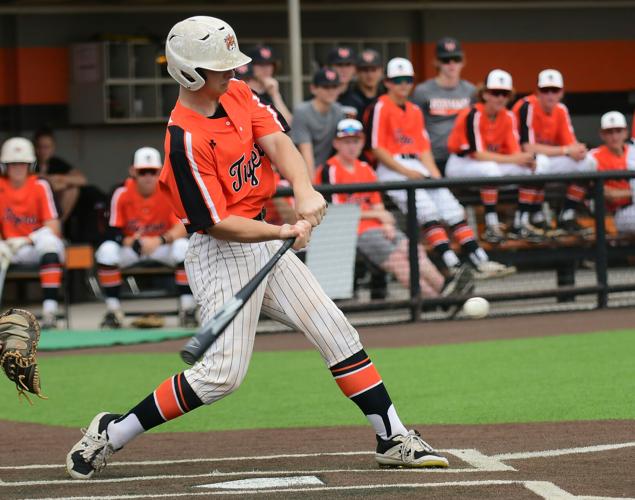 Norman High’s Jack Poarch connects with the ball Thursday during a game against Edmond North at Norman High School.

Norman High’s Clayton Moore tags out a runner Thursday during a game against Edmond North at Norman High School.

Norman High’s Jack Poarch connects with the ball Thursday during a game against Edmond North at Norman High School.

Norman High’s Connor Goodson stepped up the plate in the bottom of the first inning Thursday afternoon with a chance to give his team the early lead against free-swinging Edmond North.

Goodson, with runners on first and second and nobody out, lined an 0-2 pitch toward left center field that looked like it was going to clear the outstretched glove of shortstop Elijah Laus.

Laus, however, was able to make the play.

He skied high to make the catch and then started a rare triple play to end the inning. The Huskies, energized by the play, scored three runs in their next at-bat and two more in the third inning to take a 5-1 lead.

But Norman High fought back, eventually overcoming a 6-3 deficit to lead 9-6 after four innings, 10-7 after after five innings and 12-9 after six innings. But the Tigers’ bullpen couldn’t contain Edmond North, which scored eight runs in the top of the seventh inning to win, 17-12, on the first day of the COAC tournament at Tiger Stadium.

The game featured 33 hits and eight batters hit by pitch, including two by Norman High reliever Trace Redwine in the top of the seventh that proved costly.

The second struck Huskies second baseman Hank Heiselbetz in the back and loaded the bases. Up stepped left fielder Pryce Bender, who doubled over the left fielder’s head to clear the bases and tie the game, 12-12.

The Tigers got to Edmond North starter Gabe Murrell in the bottom of the fourth inning, scoring four runs to erase a 6-3 deficit. Singles by Simon White and Dax Noles and a walk by Harrison Smith loaded the bases for Goodson, who was hit by a pitch to score White.

Noles scored when catcher Jack Poarch was hit by a pitch. A passed ball brought Smith home to tie the game. The next hitter, Ryan Huntley, flied out to center field, but hit the ball deep enough to score Goodson to give the Tigers their first lead. Norman High added two more runs in the inning to make it 9-6.