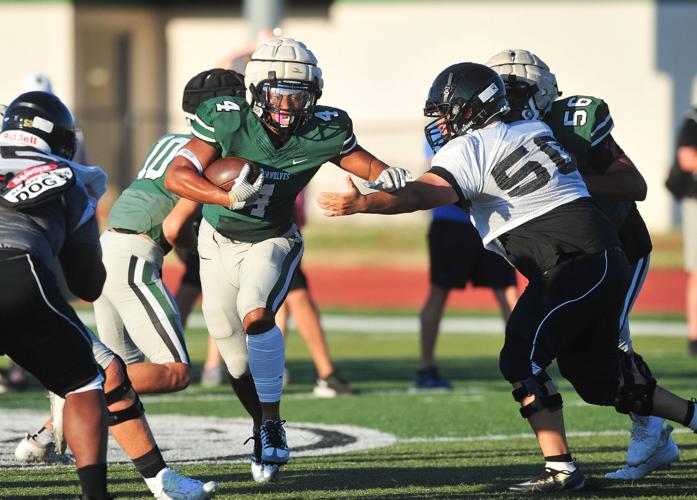 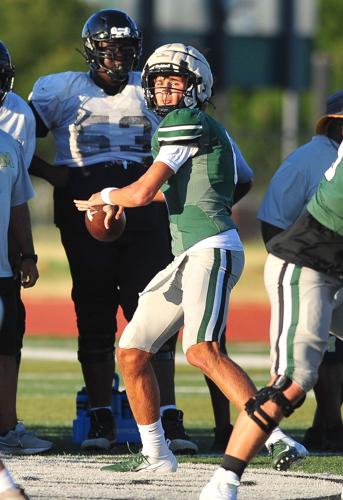 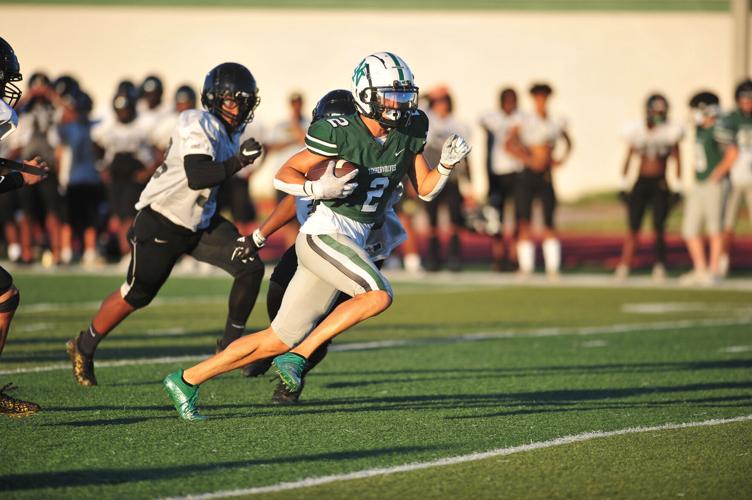 Playing against mostly second- and third-teamers by that point, the Timberwolves having dominated, the Huskies still had a chance to finish well.

Hand-off up the middle.

That’s how it ended, the T-Wolves closing a near perfect quarter of preseason football, the scoreboard not changing, still registering a 28-0 mismatch in the home team’s favor.

“It’s a great example of what you get when you get offense and defense together,” said Justin Jones, North’s fifth-year head coach.

The T-Wolves got all they wanted of both.

In the rapid fire portion of the scrimmage, in which North ran about 30 plays against the defenses of both Edmond North and Midwest City, quarterback Kam Sixkiller completed 8 of 11 passes for 147 yards and a pair of touchdowns, each from 40 yards, one to running back Chapman McKown and the other to wide receiver Cason Cabbiness.

Also during that portion of the scrimmage, McKown turned in at least one carry for a 40-yard score, another that was blown dead when it wasn’t entirely clear he’d reach the end zone or not and a pair of 25-yard runs, too.

In addition to his 40-yard scoring catch, he snared another of Sixkiller’s offerings for a gain of 25.

Sixkiller said it had become a little tiring running the offense into the T-Wolves defense day after day, familiarity making it harder to do damage. Yet, finally facing somebody else proved revealing.

“I think I found out how good our offense really is,” he said.

It continued to shine in the actual scrimmage portion of the night.

Edmond North had to go two quarters, one against Midwest City, which prevailed 12-6, before facing the T-Wolves. Yet, if being warm was an advantage, it didn’t show.

The nearest North came to facing adversity was on its first series against the Huskies. An incompletion forced third-and-8 from its own 28, but Sixkiller found Brayden Dorney for 13 yards and the next snap Cabbiness for 59 and six points.

That was followed by a defensive stand in two parts. First, Aiden Deleary stoned a Husky running back as Edmond North faced third-and-1 from its own 34. Next, fourth-and-1, linebacker Austin Vincent broke up a Husky pass as though a cornerback.

“The defense, they’ve been big,” McCown said. “They did a great job.”

Edmond North’s next offense series went back 8 yards, forcing a punt, and it’s next two offensive series both ended the same way.

The Huskies facing third-and-15 from their own 20, Camden Pratcher stepped in front of a pass, picked it off and set North back up deep in Edmond North territory. Next time around, it was Carver Rodgers with the pick.

Edmond North got so many turns with the ball because, but for a lone three-and-out, North’s offense continued soaring.

In the T-Wolves’ second turn with the ball, they needed one play to go 34 yards for a score, McCown doing the honors. Their third possession was another one-play strike, Sixkiller finding backup tailback Carson Samson for 47 yards down the left sideline.

It was North’s fourth possession that went nowhere, before their fifth required just two snaps, the first going for 10 yards on the ground and the second, also on the ground, for 20, a designed run from backup quarterback Owen Eshelman that found the end zone.

It was only a dress rehearsal.

Also, for North, it couldn’t have gone much better.