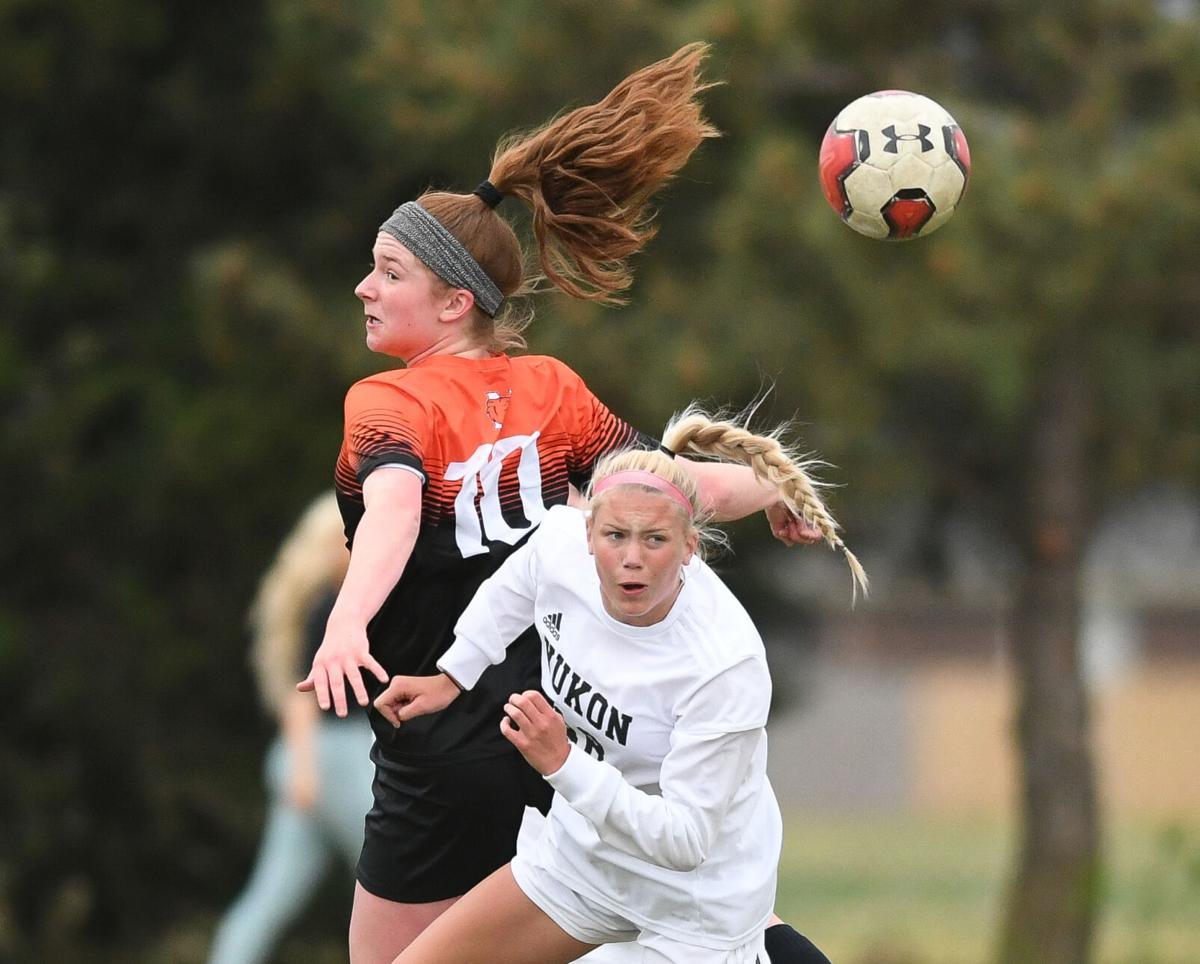 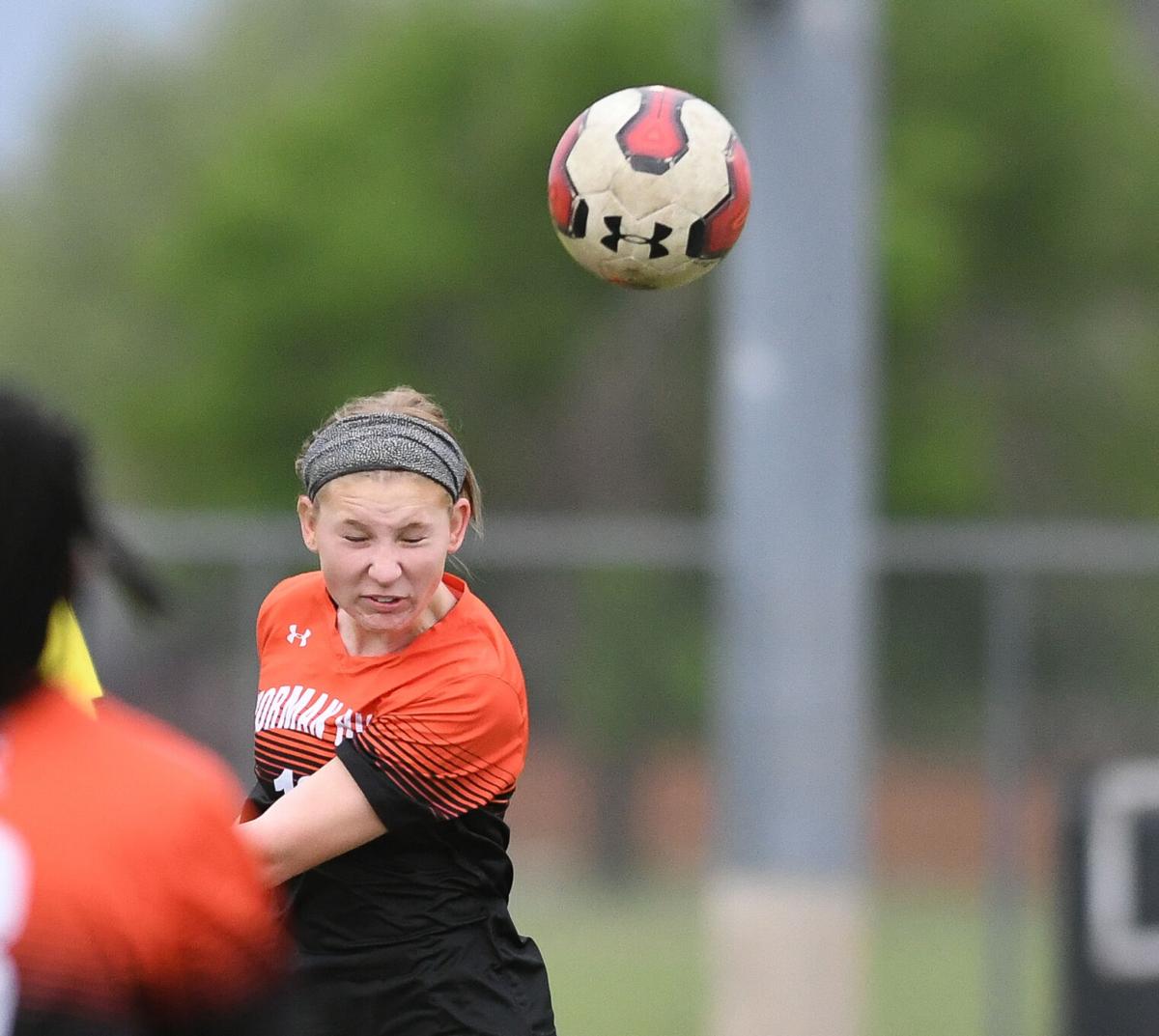 The Norman High girls would have loved to have played a second half.

Though shorthanded, the Tigers had to believe 40 more minutes would have served them well Tuesday night on Gordon Drummond Field.

Instead, because they completed the first half against Yukon, the 1-0 edge the Millers took into the halftime locker room became a victory when the game was called due to heavy rain and continued lightning in the area.

“One of those things,” NHS coach Matt Yeoman said.

Last week, at unbeaten Norman North, the Tigers fell 3-0, though the game still flowed back and forth. Tuesday, Yukon (8-2, 2-2 District 6A-1) managed a single goal over the opening 40 minutes, but the Miller’s were peppering the Tiger defense with pressure and shots, most of them off frame, throughout.

The game’s only goal was delivered by Yukon forward Kyleigh Fort, who won a race to the ball with NHS goalkeeper Luci Flores and created space by playing the ball to herself left of the box, before tucking it into an empty net, Flores unable to recover.

The play was emblematic of other Yukon opportunities when the Millers simply played the ball forward, ran to it and found themselves with a numbers advantage.

Not helping the NHS (4-7, 2-2) cause was Yeoman’s having to mix and match his available roster.

Tuesday, he suited up 16 players; one of them, Jenna Cabbiness, having just returned from injury and another, Natalia Richartz, playing through a sprained ankle.

Not available was Murphy Chesley, who suffered a wrist injury against Norman North, but is hopeful to return soon with the wrist wrapped.

“We started to look dangerous in spells,” Yeoman said.

Often, though, when that happened and Yukon cleared the ball, it inevitably found another Miller in the midfield, even if that Miller was outnumbered. That Miller would then find another Miller and the Tigers were left scrambling to defend a counterattack.

If the Tigers don’t stun Deer Creek this coming Tuesday, they’ll likely have to beat Edmond Santa Fe a week from Friday to reach the postseason.

North back at it today

At Putnam City Tuesday, coach Trevor Laffoon’s North girls led 5-1 with 10:32 remaining in the first half when the game was suspended due to rain and lightning.

The contest will resume at 6 p.m. today, with North and the Putnam City boys following.

The NHS boys have rescheduled Tuesday night’s game against Yukon for 4 p.m. today. A huge game for both teams, an NHS victory would give it the inside track for the final playoff spot in Distrct 6A-1.

Right now, NHS, Putnam City and Yukon are vying for it. The Tigers have already topped the Priates; the Millers and Pirates are yet to play.