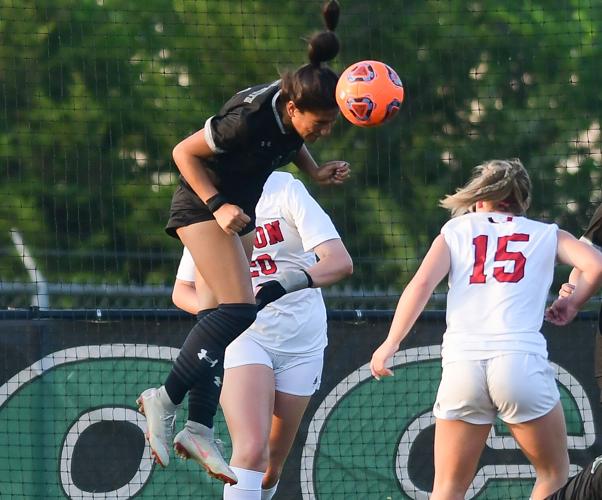 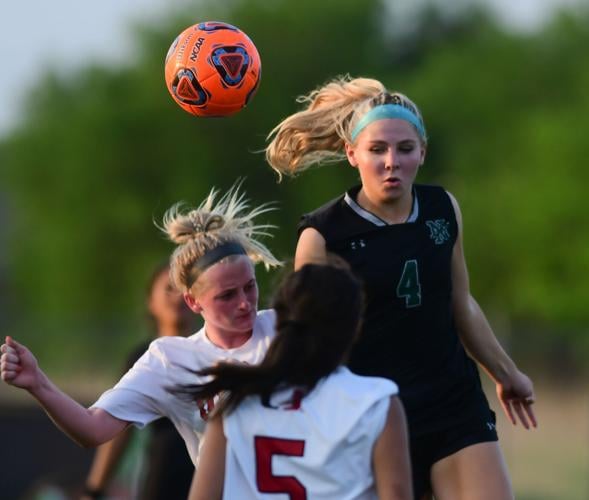 Norman North’s Abby Sonne goes after the ball Tuesday during a game against Tulsa Union at Bryan Young Memorial Field.

Norman North’s Abby Sonne goes after the ball Tuesday during a game against Tulsa Union at Bryan Young Memorial Field.

While, of course, they were celebrating their 3-1 home win Tuesday over Tulsa Union in the Class 6A state semifinals, punching their ticket to the state championship for the third straight season, the celebration was bigger than that.

They played a complete game.

Despite last Friday’s quarterfinal win against Edmond Memorial, North coach Trevor Laffoon wasn’t happy with the team’s effort. So heading into the game against Union, Laffoon challenged his team to play with more intensity.

His team accomplished that.

Creating those opportunities to score, and win, was huge for the T-Wolves in a game that didn’t feature many possessions. The T-Wolves’ three goals came on just five total shots on goal, compared to six for Union.

The first goal came on just their second opportunity. With the game still scoreless at the 22-minute mark, sophomore Narissa Fults found senior Jada Ryan with a cross to the middle of the field, which Ryan finished to put the T-Wolves on the scoreboard.

Their next shot on goal also resulted in a score. Ryan dribbled up the middle of the field and found Presley Boyd outside the goalie box, and Boyd made a nice pass to Presslee Amick. The junior squeaked the ball past the Union goalie to give the T-Wolves a two-goal lead heading into halftime.

The only time the T-Wolves slipped was early in the second half. At the 30-minute mark, Union executed on a corner kick that saw the ball slip into the right corner of the goal, cutting the T-Wolves lead to 2-1.

But the effort Laffoon talked about was on display a few minutes later.

After the Union defense began pushing up towards midfield, Boyd found Fults with a nice through pass inside the goalie box. Fults was tripped up by the Union goalie, and the T-Wolves were rewarded a penalty kick.

Laffoon called on Ryan to take it. Her initial shot was deflected by the goalie, but Ryan controlled the deflection and scored on the second shot for her second goal of the day.

It also gave the T-Wolves their third and final goal on the board.

“I was confident in Jada,” Laffoon said. “If I had to pick one player to kick a penalty kick for us, it’d be Jada.”

All the T-Wolves had to do from there was keep the Union offense at bay, and they did. The T-Wolves’ three goals tied the most Union has surrendered to any team this season.

“Taft is like our third home,” Laffoon said. “We have a good record there, good history.

“For the seniors and for the girls that have all been there, they get one more game. We always talk about playing in the most games possible. We want to play the last week possible and the last day possible… I’m super proud of the girls. Hopefully we can do it one more time. I like our chances if we come out and work hard.”

Game time for this weekend’s state championship game has not been announced.