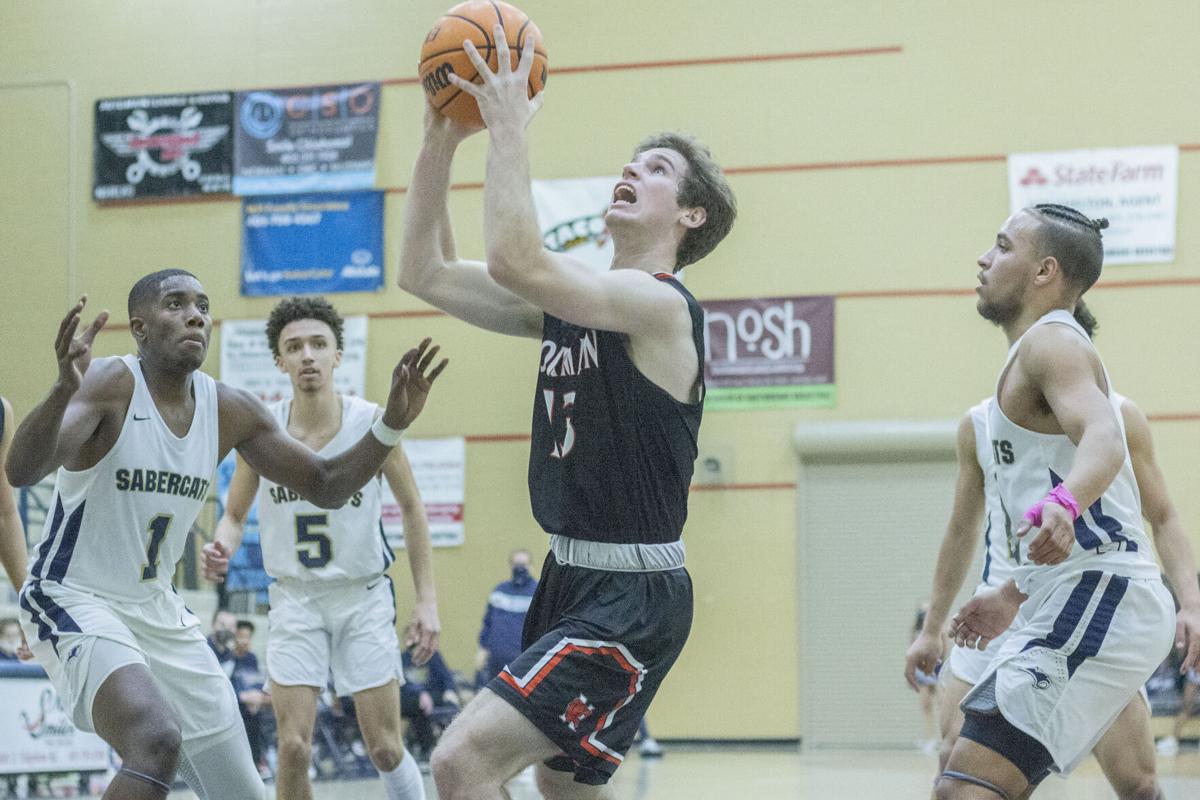 Norman High’s Connor Goodson puts up a shot during the Tigers’ game at Southmoore Tuesday. 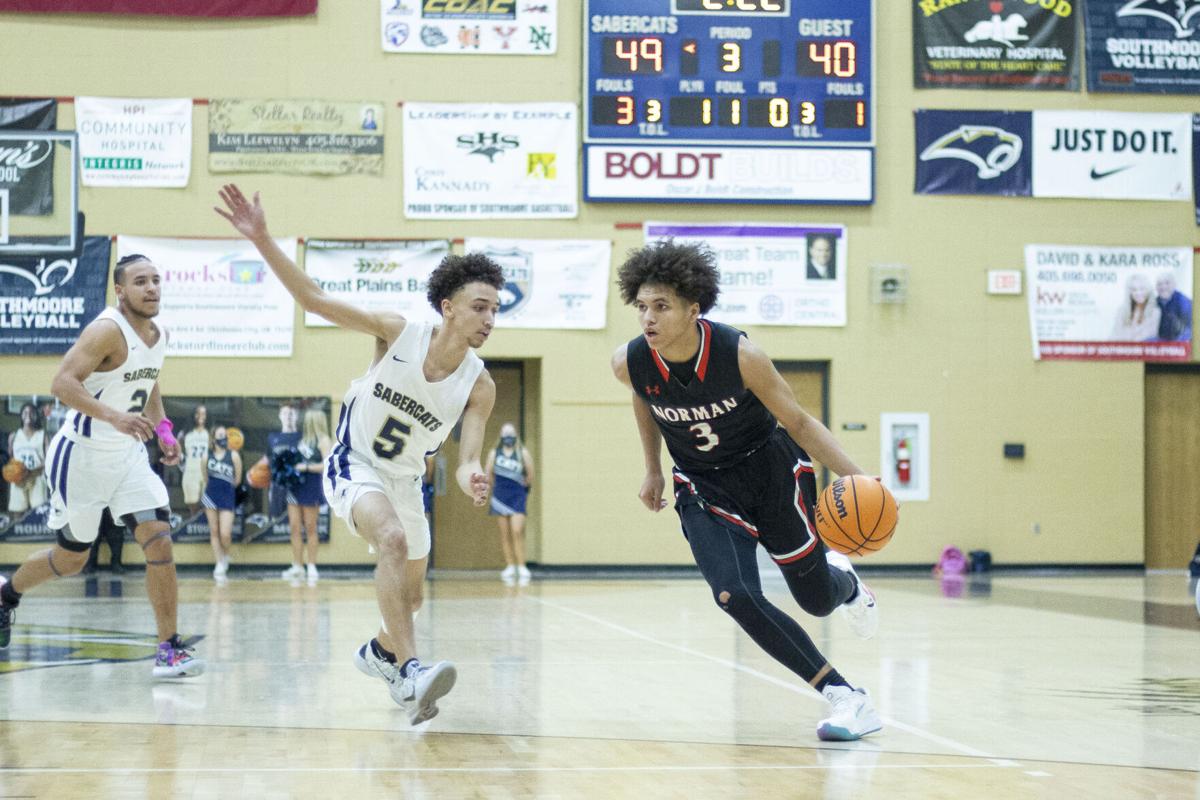 Norman High's Chiante Tramble (3) drives to the basket during the Tigers' game against Southmoore on Tuesday, Feb. 2, 2021, in Moore.

Norman High’s Connor Goodson puts up a shot during the Tigers’ game at Southmoore Tuesday.

Norman High's Chiante Tramble (3) drives to the basket during the Tigers' game against Southmoore on Tuesday, Feb. 2, 2021, in Moore.

MOORE — Every time the Norman High boys had an answer, so did their Class 6A counterpart, Southmoore.

The Tigers fell 69-57 to the Sabercats (9-8) on Tuesday but not without plenty of fight.

Southmoore opened the contest with an 11-5 advantage before NHS closed the first quarter on a 12-2 run, powered by two 3s each from Cameron Locke and Chiante Tramble.

Trailing NHS 17-13 after eight minutes, Southmoore’s offense wouldn’t stall for much longer. The Sabercats took a 35-29 lead into halftime and scored on their first possession of the third quarter.

NHS fought back from the eight-point deficit, cutting it to one. But as Southmoore did in the first half, it buried NHS from beyond the 3-point line.

The Sabercats tallied nine 3-pointers in their victory. NHS was on pace for a similar night but after going 5 of 10 from beyond the arc in the first half, the Tigers cooled off for a 1-of-6 mark in the second.

The T-Wolves continued to overwhelm the Broncos, who had just two made field goals in the second quarter, and took a 35-21 lead into halftime.

North outmatched Mustang in the second half behind Hearne and Carter’s big nights, as well as solid efforts via senior guards Jaylon White and Jacob Yohn.

White finished with 11 points in the victory, while Yohn added seven.

The fourth-ranked T-Wolves (13-3) have won three straight since falling to Broken Arrow in overtime at the Shawnee Invitational nearly two weeks ago.

They will try to extend their recent run against No. 15 Moore on Friday.

• North girls fall to No. 5 Mustang: The Norman North girls dropped a 43-30 decision to Mustang on Tuesday.

Class 6A’s 12th-ranked T-Wolves were with the Broncos for a half before their offense went cold in the third quarter.

North trailed by six points entering the final 16 minutes but couldn’t convert any shots from the floor in the third quarter, while Mustang raised its lead to 13 heading into the final period.

North had more success in the final frame but it wasn’t enough to overcome one of Class 6A’s top teams.

North senior guard Kennedy Cummings, who returned to the lineup after a one-game absence due to a minor injury, led the T-Wolves with 11 points, while Fatima Black added six.