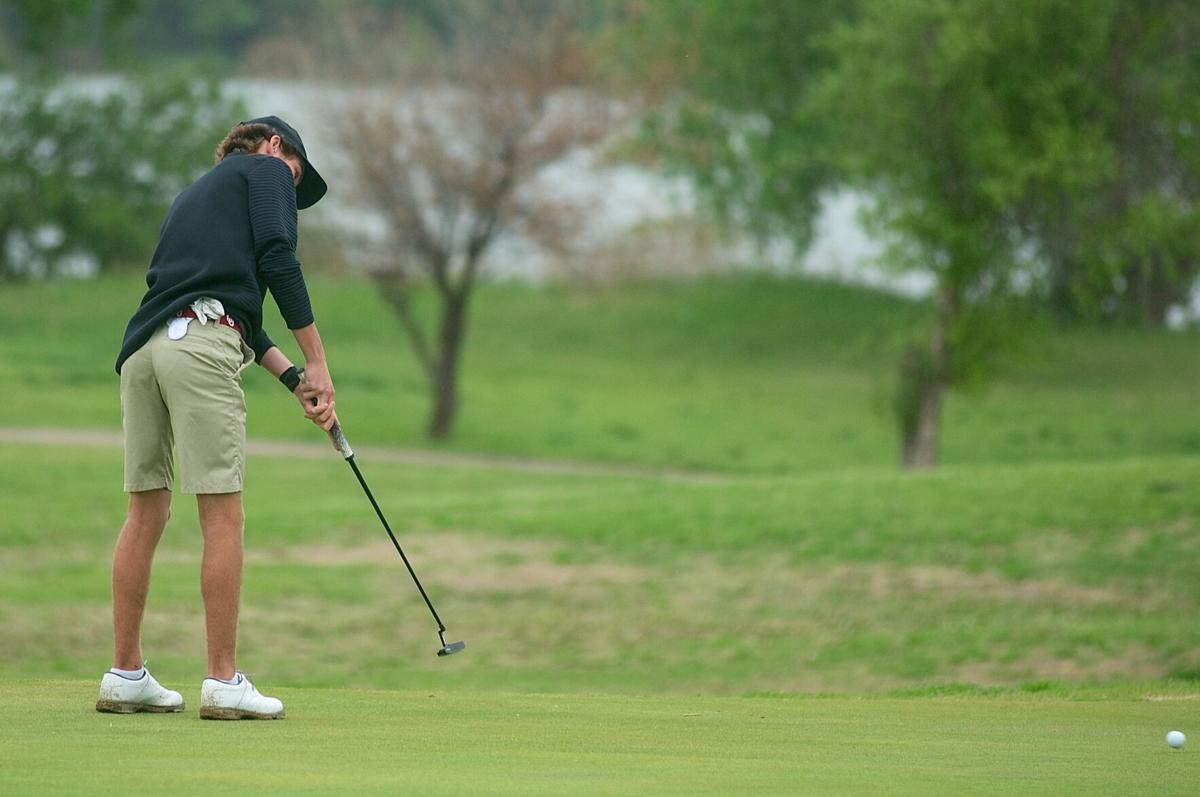 Norman North’s Jake Hopper putts on the first hole at Lake Hefner North in Oklahoma City on Monday. Hopper, with rounds of 71 and 68, won the medalist crown at the west-side regional, shooting a 5-under-par 139 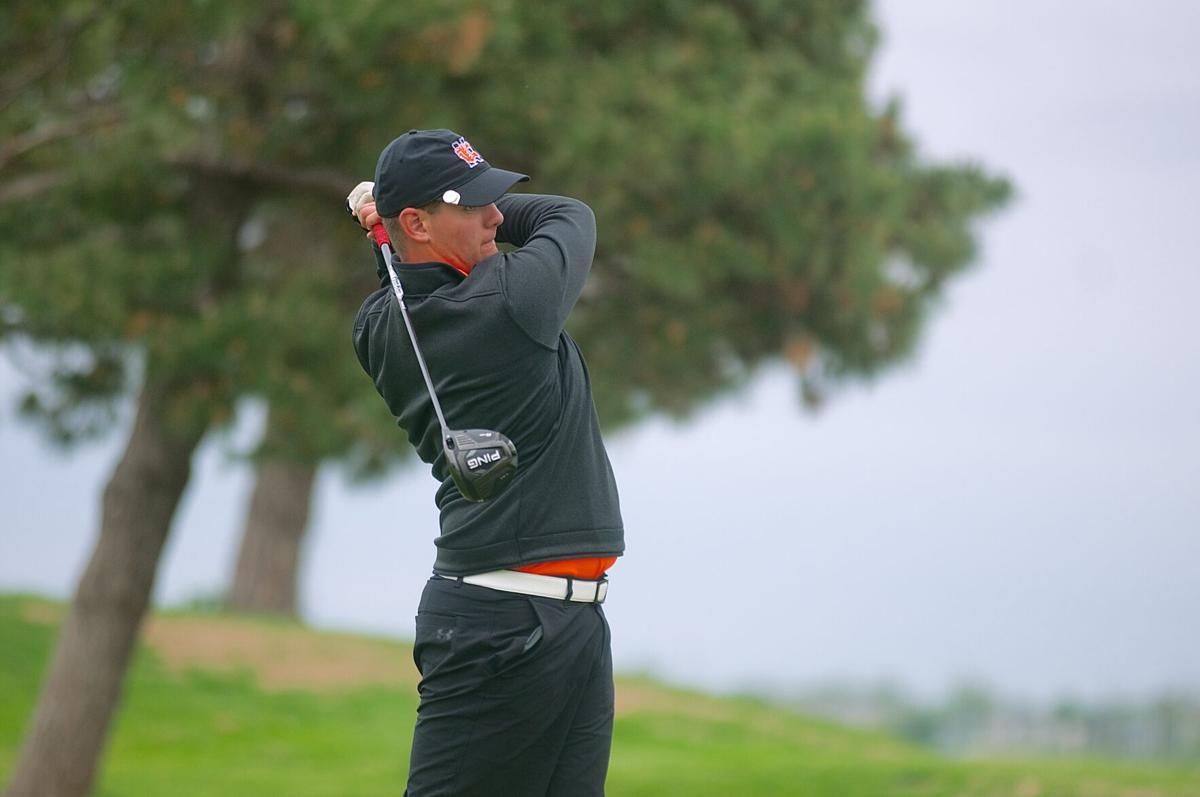 Norman High's Ryan Bell tees off on the second hole at Lake Hefner Golf Club in Oklahoma City on Monday, May 3, 2021, during the Class 6A boys golf regionals.

Though it’s an ideal time of the year to do so, Norman North boys golf coach Josh Gorzney tried to refrain from using the term “peaking” after his group finished second at its Class 6A regional tournament on Monday.

“We’re trending upward,” Gorzney said. “We’re playing, really, how we should have been playing all year.”

As the weather got better, so did North, especially junior Jake Hopper.

The Oklahoma commit carded a 71 through the first 18 holes and a second-round 68 to finish with a 5-under-par 139 total to claim regional medalist honors.

“Every tournament we’ve played, he’s been in the top six or seven individually,” said Gorzney, whose team carded a 15-over 591.

“We really just focused on him closing out the round and he played his last five holes three under.”

That was ultimately the difference with both Edmond Santa Fe’s Cullen Cummings and Edmond North’s Jordan Wilson coming in second to Hopper by three shots.

Gorzney admits it’s been a difficult year for the T-Wolves, who are without a senior in their lineup, and was happiest with the group’s collective effort to take second through 36 holes.

Perhaps North can parlay its regional runner-up finish for a state crown next week at Forest Ridge Golf Club in Broken Arrow. The 54-hole tournament begins Monday with the final 18 holes scheduled for Tuesday.

“We’ve got a young group of guys, and they had to go through some growing pains and tournament action,” Gorzney said. “I think those struggles have really brought us here, getting us ready for state, which is really when we want to peak.”

The Tigers shot a 31-over 607, trailing third-place Edmond Santa Fe by a stroke.